The Quest for a Malaria Vaccine: An Impossible Dream?

Sep 12, 2013 1:00 PM ET
Tweet This:
Read how @GSK was honoured by The Pharmaceutical Research and Manufacturers of America (#PhRMA) with the The Research and Hope Award
Blog
The quest for a Malaria Vaccine: An impossible dream?

Last night, GSK was honoured by The Pharmaceutical Research and Manufacturers of America (PhRMA) with the "The Research and Hope Award" which highlights individuals or a team from a biopharmaceutical company for outstanding research in the area ofvaccines.

For almost 30 years, GSK's Malaria Vaccine Team has devoted tireless effort todeveloping a vaccine against one of the most deadly diseases known to man and particularly to young children and infants in Sub-Saharan Africa. By the time you finish reading this blog post, more than 5 children will have died in Africa from malaria! This is unacceptable... to the World, to the African people to the malaria scientific community and to GSK.

But, against all odds and through the many ups and downs attached to such a difficult scientific endeavour, we are closer than ever to having the world's first malaria vaccine!

Over the years, this team has made significant progress, through an exemplary series of public-private partnerships and collaborations.  As a result, we are now in the final stages of the Phase 3 Clinical Studies which are anticipated to reach completion in 2014, and if all goes well, the World Health Organization (WHO) indicated that a policy recommendation could be done in 2015.

The Phase 3 trial is still on-going, so we are not there yet. The Phase 3 study enrolled15,460 children and infants in 11 sites in seven African countries, so this represents an unprecedented achievement itself. The study is being conducted under an innovative GSK/PATH-MVI partnership, which includes several African Research Institutes and their northern academic partners.

This vision of finally reaching the impossible dream has guided GSK and its partners every day toward achieving the objective: the availability of a vaccine which, in addition to already existing measures against malaria, could benefit and make a difference for hundreds of thousands of children of Africa---bringing hope of a brighter future where malaria will not be a barrier to social and economic development.

Receiving The Research and Hope Award is a tremendous honour for GSK because it recognizes everyone who contributed to the malaria program over the 30 years--acknowledging their dedication to patients, their timeless resilience through complex development, their commitment to a noble cause, their scientific expertise and their team spirit with engagement with multiple collaborators in Africa, Europe and in the USA. Without this team nothing could have been achieved. 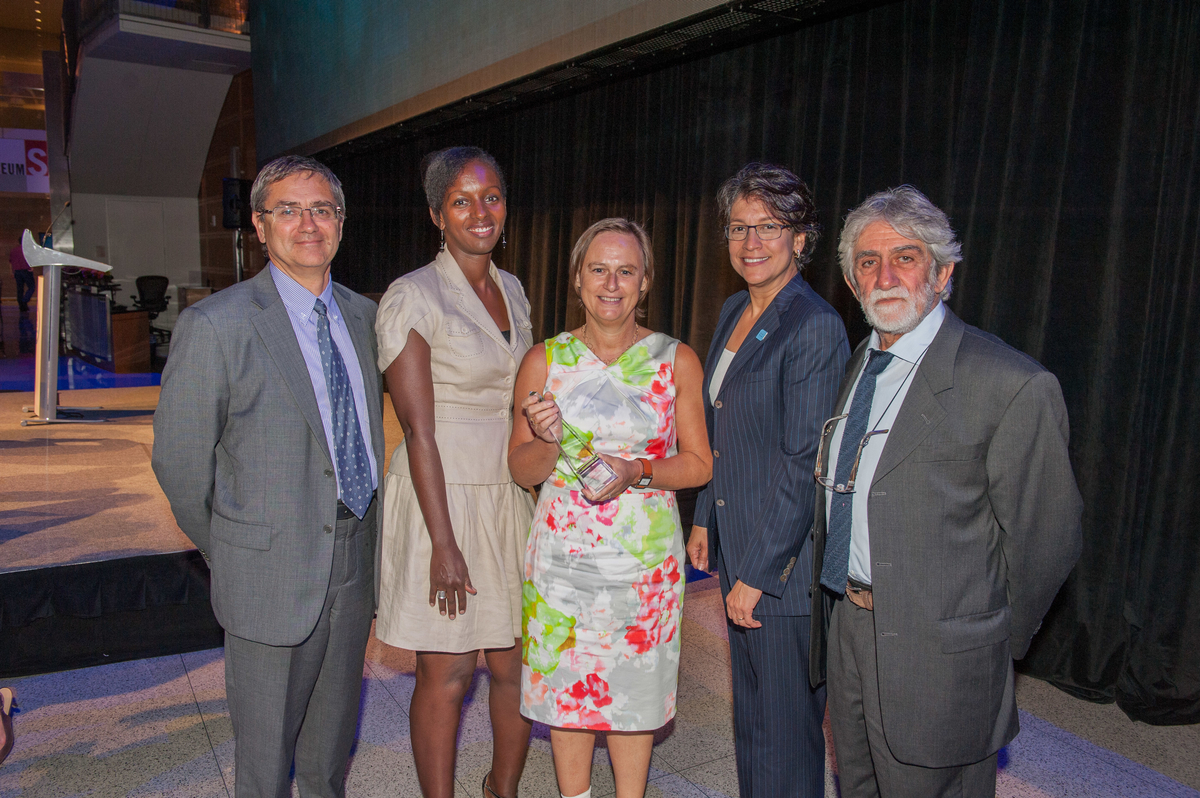