A pioneer in rescuing produce that would otherwise go to waste, FareShare helps feed half a million people each week. CEO Lindsay Boswell tells us how.
Apr 13, 2017 8:05 AM ET
Tweet This:
.@FareShareUK puts #UglyFood to use feeding 250K people each week http://bit.ly/2nEQIuB @Cargill @FoodSecureWorld #FoodWaste
Blog
Cargill | Our Stories

Lindsay Boswell knows how to find a use for discolored apples and lumpy carrots. But protein powder? The CEO of FareShare had no clue.

“We had recently had a large volume of these protein substances the body builders use,” he said. “You see them in these big white tubs in the health shops. We thought we were really going to struggle to find anybody who wanted to take those.”

They turned out to be in demand by a certain group: homeless shelters trying to help the people they serve gain weight. “They were saying, that’s perfect for us,” he said.

It was a found connection in a complex landscape of food and nutrition – FareShare’s specialty. The organization supports about 2,500 charities across the UK and helps feed a half-million people a week by capturing and distributing food that would otherwise go to waste. Cargill has supported FareShare with funding and volunteer hours since 2009.

Boswell spoke recently with Cargill about waste in food supply chains and the latest strategies to address it, from embracing ugly vegetables to a centuries-old harvest practice.

All of the food that FareShare provides to UK charities is surplus food. Where does all this excess food come from?

Whether it’s right or wrong – and I should think it’s probably wrong – we live in a world where people want to be able to eat strawberries in the middle of winter and they want to be able to buy smart ciabatta with little bits of olive or walnut sprinkles on the top of it at 11 o’clock at night. That creates a supply chain designed to make sure that you never run out – whether that is at the distribution centers, in the processing plants, right back to the field and the farm gate. The vast majority of surplus food in the United Kingdom is not in the supermarkets where you or I would guess. It’s in the supply chain before the supermarkets.

FareShare takes advantage of what you call “Cinderella vegetables” – produce that has been rejected by supermarkets simply because of its appearance. Is this idea catching on?

It is. This is produce that for some reason does not meet what is regarded as commercial cosmetic standards: the bananas are too bendy, the cucumbers are not straight enough, the apples are too red or too green or not green or red enough. Those sorts of products traditionally have been discarded before they make it into the food system.

Over the last 12 months in the UK there has been much more of a movement, as a result of public pressure, for retailers to make available the “Cinderella veg” at a lower price point. It’s still new. Are people going to be prepared to put in the extra 10 seconds that it takes to peel a slightly wonky carrot as opposed to an absolutely straight one? One of the big retailers in the UK has a line now of produce called “perfectly imperfect.” That is fantastic to see. The “ugly food movement,” continuing the Cinderella analogy, has a ball gown on and she is off to the party.

What is being done to recover surplus food from farm fields?

One tactic is called “gleaning,” which is a very old term. Centuries ago, a farmer did not harvest the crop from the very edges of any field. Those were made available at harvest festival time for anybody who wanted to put the effort in to go and pick it out. With modern technology, the sorting and processing of produce takes place as it is harvested. The potatoes that are too big or too small are graded as they are pulled out of the ground and discarded straight back onto the field again. The environmentally sensible, sustainable thing to do is get an amazing bunch of volunteers, go out into those fields and pick all of those vegetables up. Where it makes economic sense to do so, we’re seeing more of this gleaning happening today.

Produce is just one part of a healthy diet. How do you ensure that you’re providing a range of nutritious food options for your charity partners?

Over a third of what we supply is fresh fruit and vegetables. What we don’t do is adopt some kind of lecturing tone of voice about what people should and should not eat. We have learned that the complexity of the problems and the issues that some of the charities are dealing with are way beyond anything we really understood when we started redistributing food. Some of the charities that we work with are trying actively to bulk up the fat and the muscle on malnourished people to help them have a framework – literally a body frame – from which they can improve their health. In other areas, like school breakfast clubs, we are really careful about making sure that we are not supplying large quantities of high-sugar, high-fat foods. Across the nearly 2,500 plus charities we support, the needs are different.

How has your approach to serving the charities you work with changed over the years?

In addition to our traditional market – our 20 regional centers where we are taking the food out and delivering it to the local charities and community groups – our growth has come from our FareShare FoodCloud platform. That has enabled us to connect charities that have a close proximity to a supermarket, where that supermarket has leftover food at the end of the day. Although it is a techy platform – it’s an app – the real heart of it is the investment of time and energy to build a relationship between the people who work in the supermarket and the people who work in the local charities. We put a lot of time into getting those charities to come into the supermarket, to meet the staff, for the staff to understand what a difference the local charities are making. What we are finding is that the local relationships are happening thanks to the app.

What do you hope for the future of your partnership with Cargill and for FareShare as a whole?

One of the things that really makes a difference is knowing that you have a partner who is not there for the short-term, because that gives us the institutional confidence to put the investments in place that we are now beginning to reap. At the end of June, our food was reaching 211,000 people every week. It’s now reaching 499,000 people every week. We have gone from working with charities in 320 towns and cities across the UK to now 995.

Despite all those impressive numbers, we still are dealing in a really small percentage of the food that could be diverted. It is quite a challenge to say that we want to be dealing with 10 times more food and that we want to be feeding 10 times the number of mouths and the number of organizations. Your partnership and other partnerships are going to help us continue to drive that forward at the pace we are going.

Beyond that, our model really only works at scale with large numbers of the most incredible volunteers. We have actually been growing so fast that we need more volunteers. Many of the charities that are on the waiting list to go and collect the food at the end of the night from supermarkets are waiting because they have not yet found volunteers who can help. So expanding our volunteer capacity is a big part of what we are trying to do to move forward. 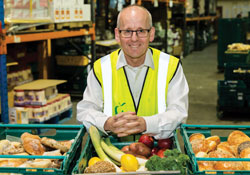 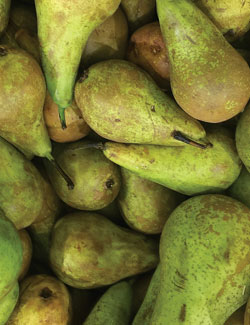 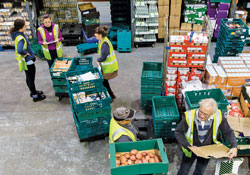 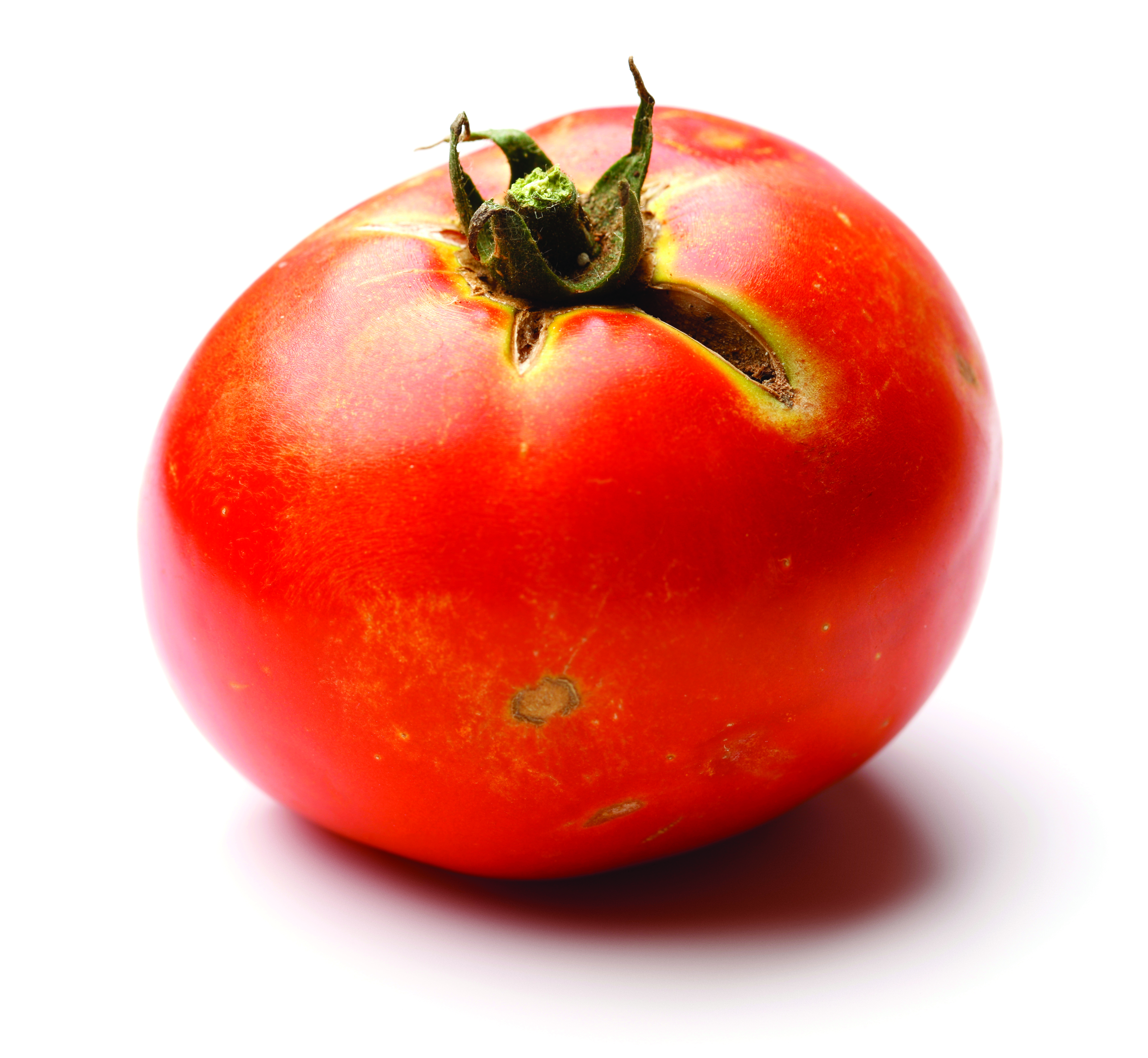