Note: As a global firm born of multiple agencies that joined forces in 2009, MSLGROUP has a culturally diverse heritage: Parisian traditions on the one hand, American culture on the other and a dynamic and rapidly growing Asian voice. There are many points of origin for our global firm today. The stories of each are special.

I grew up in a family that was committed to giving back.

My Dad was Morris M. Lee (“Morrie”) and had worked very closely with Edward L. Bernays, one of the pioneers in the field of public relations. In 1938, Dad and the late James P. Selvage founded Selvage & Lee. After the retirement of James Selvage in 1961, Dad became President of the company. In 1972, the firm merged with Farley Manning and Associates to become Manning, Selvage & Lee and Dad became Chairman of the Executive Committee.

Until he passed away while working in his New York office in 1978, Dad shared many stories about the work of the firm. Of course, he talked about all the proxy fights and annual reports the firm managed. Dad was a pioneer in defending corporate managements against unwanted takeovers, and he and the firm was involved in more than 80 struggles, including defending “Montgomery Ward” against the famous Wolfson raid in the mid-1950s.

I recall him talking about all the political work Manning, Selvage & Lee did for Richard Nixon. In fact, I personally received an invitation to the inauguration of Ike and Nixon because of the work Dad’s firm was doing. As a middle schooler, I was very excited.

The firm also did work for the coffee industry — One for the road. Make it coffee. They helped open the Howard Johnson restaurant in New York City by giving all the cabbies free hot dogs. They supported launches of the space shuttle just as easily as marketing Old Crow Bourbon. TRW was a big account. And, Carrier air conditioning was an even bigger account for Manning, Selvage and Lee.

Through all the war stories and firm growth, Dad never hesitated to take on pro bono work. There was always a project or two that Dad and the firm was helping out with. And, much of that pro bono work was for West Point.

I was very influenced by Dad’s commitment to purpose. While president of a firm in Baltimore a bit later in life, I searched for ways to make my life more meaningful by giving back. As a skilled photographer, I followed Dad’s advice to put my avocation to good use. For me, the answer was riding bikes long distance, taking photos and blogging – literally circumnavigating the borders of the United States – to support causes from hospice to cancer and ALS. This has become an important part of my life in recent years.

My wife urged me to get in touch with Wendy Abrams, the executive director of the Les Turner ALS (Amyotrophic Lateral Sclerosis) Foundation, a Chicago-based 501(c)(3) non-profit group focused on patient services, research and events, education and awareness around the disease, commonly known as Lou Gehrig’s Disease. Les Turner was Chicago business man and family man who was stricken with and the disease in 1976. His friends and family started the Foundation in 1977, a year before Les’ death in 1978 at age 38.

She reminded me that that Dad had involved Manning, Selvage and Lee with the Foundation as the Foundation was being set up years before. MS&L played a key role in helping create an annual fundraising event for the Foundation: the Mammoth music Mart, a large tent sale of donated used records and music memorabilia held at the Old Orchard Shopping Center in Skokie, Ill. The event was the brainchild of Les Turner, who watched from his wheelchair as old records were being thrown away and created a plan to put that old music to use in the fight against ALS. Harvey Gaffen, one of the founders of the Foundation, Turner and other supporters reached out to American Bandstand legend Dick Clark who accepted the group’s request to serve as Honorary Chairman.

Harvey then met with Manning, Selvage & Lee in the Chicago office to build support for the event. Harvey recalls that MS&L’s promotion of the Music Mart turned out to be a smash success. On the morning of the event, crowds were lined up four abreast for blocks. Agency staff members also worked closely with Dick Clark, creating PSAs and escorting him through activities at the event. The agency’s work not only helped establish the Mammoth Music Mart as the Foundation’s signature event for 25 years, but helped build awareness and education around the terrible disease of ALS. Harvey Gaffen believes that without the Mammoth Music Mart, there would have been no Les Turner ALS Foundation.

The enormous popularity of the Mammoth Music Mart involved more than 500 volunteers each year, drew music collectors from around the globe and earned a permanent place in Chicago cultural lore that’s still written about today. Over the course of its 25-year history, until its last — and best — year in 2002 the Mammoth Music Mart raised more than $5 million for The Les Turner Foundation.

As vinyl records phased out, the ALS Walk for Life has taken over as the Foundation’s signature event.

Now let me get to the second part of this story, Doug McConnell. In recent years, long-distance swimmer Doug McConnell has raised more than $200,000 for the Foundation by staging his swims to support the charity.

Doug is a good friend of mine. At age 56, he is an athletic competitor – a top long-distance swimmer. Doug’s dad had ALS, so the cause is particularly meaningful to him.

In August, 2011, Doug McConnell became only the 48th person over age 50 to swim the English Channel, in 14 hours that were divided between heavy waves and pitch black darkness.

The success of the English Channel swim has inspired Doug to continue with marathon swims, including the 24-mile length of Tampa Bay and the 21-mile distance of the San Pedro Channel, which is between Santa Catalina Island and Long Beach, California.

The funds Doug has raised for the Foundation has helped support the groundbreaking research at the Feinberg School of Medicine at Northwestern University in Chicago, one of the top ALS research laboratories in the world. On the day that Doug finished his English Channel crossing, Northwestern made a breakthrough announcement of the discovery of the common cause of all forms of ALS, and has accelerated its pace of discoveries since then.

On Saturday, June 28, 2014, Doug will complete the Manhattan Island Marathon Swim, a 28.5-mile circumnavigation of the most prominent island in the world. In the unique world of marathon swimming, successfully completing swims across the English Channel, The Catalina Channel and around Manhattan Island is considered the “Triple Crown.” The successful but grueling swim puts Doug in a select club of fewer than 100 swimmers with that honor.

And, to complete the Manhattan leg so close to the 75th anniversary of Lou Gehrig’s “Luckiest Man on the Face of the Earth” speech on July 4th is so poignant. When Doug swims passed Yankee Stadium, I will think about how far we’ve come in addressing ALS since 1939. But, it is not far enough. There’s so much more work to do and every donation is important.

I am so proud that MSLGROUP has stepped in again to help the Les Turner ALS Foundation by contributing media relations and social media support. In a sense, this story has come full circle. Dad would be so proud to see the fine firm MSLGROUP is today, especially the company’s deep commitment to purpose — and to see that the commitment is on a global level.

Giving back in life. That’s what has made my life so special. Its important wisdom I learned from Dad and have cultivated in my own life. I’m particularly thrilled that purpose remains a point of connection for me to Dad’s firm as it has grown and merged to become the fine organization that MSLGROUP is today.

To donate to the Les Turner ALS Foundation, click here. You can follow Doug on Twitter as he swims around Manhattan @Alongswim1. MSLGROUP staffers will be tweeting out a link to Doug’s location and keeping the world apprised of Doug’s swim for charity.

Bob Lee is the son of Morris E. Lee, one of the founders of Manning Selvage & Lee. 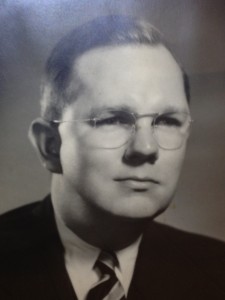 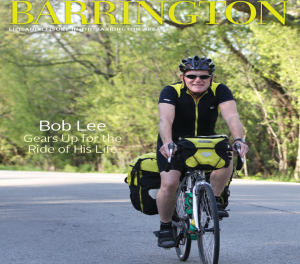 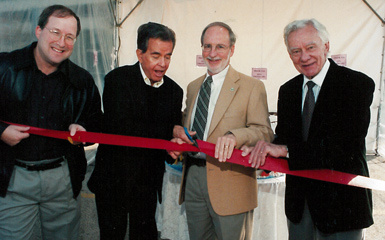