From the Army to Deloitte

Kirby Brendsel, Deloitte Consulting LLP senior manager and national lead for Deloitte’s Armed Forces Business Resource Group, used to direct intelligence activities for a battalion of 407 soldiers that provided intelligence and electronic warfare assets to a brigade of 4,000 soldiers and 750 tactical vehicles. Now he’s helping federal agencies and commercial entities with strategy matters related to effectively managing energy and resources so that they can be more efficient and sustainable organizations. 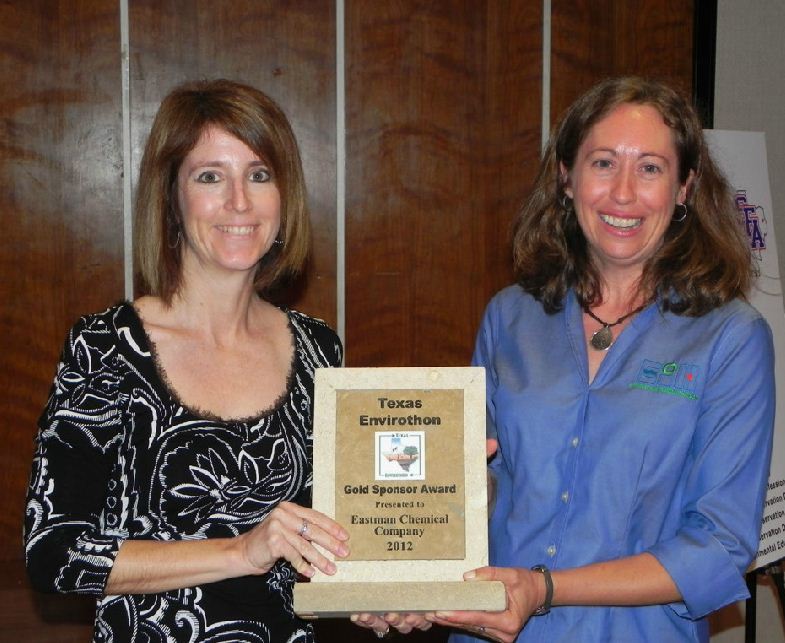 Eastman's Texas Operations has been recognized with the 2012 Gold Sponsor Award for the Texas Envirothon. The award signifies continued support financially and through volunteers. Envirothon is North America's largest and most academically challenging high school environmental competition.

Zurich Becomes a Signatory of the Principles for Responsible Investment

The CSR Minute is your daily video digest of the most relevant Corporate Social Responsibility news of the day. Our team of 3BL Media correspondents tracks the global world of corporate social responsibility to bring you coverage of the most important announcements, initiatives, issues, trends, ideas, and breaking news.

Last month, Sprint unveiled its latest green initiative - the ecoEnvelope(TM), a two-in-one reusable envelope that allows customers to receive and remit payment using the same envelope.  Sprint, # 3 on Newsweek's 2011 Green Rankings and Forest Ethics honoree, sets a good example to other corporations with its environmental sustainability and ‘intrapreneur’ philosophy to look for innovative resource reduction opportunities in the supply chain.

QuestCares: Making a Difference in Our Communities

Quest Diagnostics partnered with our employee-elected charity, the American Cancer Society as a national presenting sponsor of the Choose You movement

Quest Diagnostics and its employees are committed to making a difference in the communities where we work and live, whether it's local community needs or the American Cancer Society Choose You (R) women's health movement.

Nature Inspires – and So Do Conservation Volunteers

Nature Inspires – and So Do Conservation Volunteers

As I navigated the winding dirt roads of the Mojave in my totally impractical rented white sports car, my stomach was in knots.  The directions read “pass a cluster of rocks and turn right at the first unmarked gate.”  I’m used to Hopstop telling me which subway exit to take – how on earth would I find my fellow conservation volunteers in the middle of a desert?

Abbott Participates in Webcast on 'How to Become a CSR 2.0 Leader'

How Companies Structure Sustainability for Success

In last month’s column, we reviewed three ways sustainability is typically organized. The three ways – Centralized, Integrated, and Embedded – morph as a company progresses on its sustainability journey. While many companies have elements of all three types in particular divisions or countries, best practices within a company’s own culture and sustainability organization gradually emerge.

Exploring the Role of Continuous Improvement in Sustainability

The report provides information on the Company's non-financial performance and its actions to promote sustainable social, environmental and economic benefits