(3BL Media) Dallas - June 18, 2012 - Kimberly-Clark Corporation (NYSE:KMB) today laid out a bold vision to significantly reduce its Forest Fiber Footprint, including a goal to transition at least 50 percent of wood fiber sourced from natural forests to alternate fiber sources by 2025. By committing to reduce its Forest Fiber Footprint, Kimberly-Clark adds to an already impressive history of leadership in protecting the world’s forest resources and ending deforestation globally.

• Directors of 37 financial institutions in the world pledged to take into their business decisions renewable resources, non renewable and environmental services.
• By signing the declaration the CEO of Grupo Financiero Banorte, Dr. Alejandro Valenzuela said to take into consideration the Natural Capital in the provision of services is not an option but a necessity.

Improving global working conditions is important for workers, and it’s important for businesses and consumers. As the field of social performance expands from auditing to actual capacity building, the professional requirements for auditors and consultants evolve daily. Now, more than ever, having the tools to help companies and individuals measure and improve in these areas is critical. SAI's training courses are designed to encourage proficiency in social compliance issues and emphasize the implementation of management systems. Learn about a management-system approach to social compliance auditing and supply chain management.

The CSR Minute is your daily video digest of the most relevant Corporate Social Responsibility news of the day. Our team of 3BL Media correspondents tracks the global world of corporate social responsibility to bring you coverage of the most important announcements, initiatives, issues, trends, ideas, and breaking news. 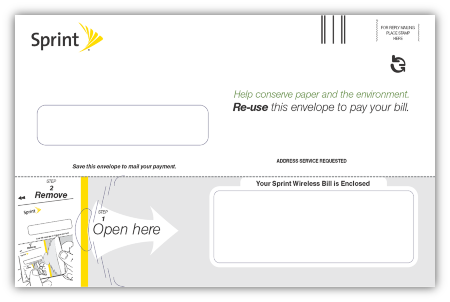 What does a company do if its consumers are not as "green" as it would like them to be? This was the question Sprint faced when, in spite of its paperless billing program, close to 70 percent of its customer base continued to opt for paper statements. With a paperless adoption rate of only three-to-four percent a year, Sprint decided it needed to push the envelope to reduce waste and save money.

Whether you call it philanthropy or corporate responsibility, there's no question that the way in which corporations are seeking to address societal challenges is evolving.

ING U.S. Employees in Windsor, Conn., Wear Blue Jeans for a Cause

ING U.S. has a culture of caring. At the Windsor, Conn., location, individual employees made a $20 donation in return for the opportunity to wear blue jeans every Friday in May and June. Their generosity, in turn, benefited the Windsor Food Bank. Employees donated more than $7,700, and presented a big check – literally – to the food bank. The donation will go a long way toward providing food items to local Windsor residents, particularly during the summer months when donations to the food bank are low.

The inspiration behind “Propaganda Posters” was guided by concepts displayed in Animal Farm by George Orwell and Shakespeare’s MacBeth. Students connected methods of claiming power with the tactics of traditional propaganda art and co-opted them to create social justice posters on issues they identify with and deeply believe in. These posters, done in the collage/cut-out medium, reclaim power for good.

MCP created a short documentary and photographic portraits of themselves in the Mile End area addressing stereotypes and using quotes from the film to express their views to those who may judge based on common misconceptions. The 2011 London riots reinforced the perception society holds towards young "hooded" men. The project aims to dispel these common myths of "hoodie" culture and create a meaningful dialogue between all members of the community.

The message in this video is to let people know not to give up and to keep pushing towards your dreams.

Adobe is changing the world through digital experiences. For more information, visit www.adobe.com.