“Building clean, affordable, secure power that feeds our grid is important,” said Tim Noonan, vice president of Ventures, part of Boeing Defense, Space & Security. “Our expertise in supply chain management, program management, and systems engineering and our ability to bring world-class performance-based logistics to a new industry is rewarding and makes sense for Boeing. This is one way we’re helping to build a better planet.”

NRG and Boeing have also teamed up to build a much larger 25.65 megawatt solar power plant on the island of Guam. It will be the first solar plant built on the island. The expected completion date is late 2014.

“We’re very excited to be working with Boeing in solar power, and are excited about the many different directions this can take both companies,” said Randy Hickok, senior vice president, NRG. 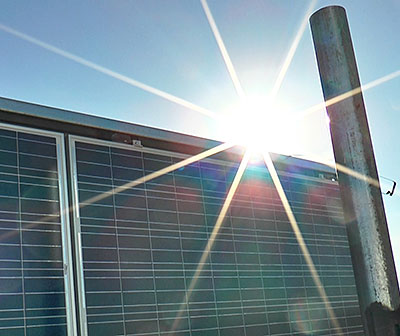