The skies opened and the rain fell, but the impressive crowd would not let the elements dampen their spirits or dissuade them from showing their pride at the 34th Annual Stonewall Columbus Festival and Parade with media sponsor, Time Warner Cable.

Held at Goodale Park on June 19 and June 20, 115 TWC associates and family members registered to march in the parade to show their support on Saturday.  Adorned in TWC Connects t-shirts, rainbow suspenders, feather boas, sashes, and other creative attire, the TWC volunteers handed out TWC rainbow bracelets and branded rainbow slinky toys to spectators.

To add flair to the parade, TWC provided a lively purple float that featured music, dancers and chotskies. The TWC event representatives included the company’s Community Investment team, OUT @ TWC and employee volunteers. 196 floats, cars and organizations participated for the parade.

The theme for this year's parade was “Be the Change,” which served to honor those that have made a difference in the lives of others and a reminder to everyone to be the change they would like to see in the world.

Parade grand marshal Jim Obergefell, a plaintiff in the Supreme Court case same-sex marriage, greeted parade watchers from his perch atop the main float — and the national debate over Jim and his late husband, John Arthur, are at the forefront of our fight for national marriage equality. As a married couple, it was their struggle to get Jim’s name as a ‘surviving spouse’ on John’s death certificate that catapulted marriage equality straight to the Supreme Court. Stonewall Columbus also honored 13 community members and allies from the Columbus area that are daily examples of the “Be the Change” spirit.

Jonas Kramer, TWC account consultant and OUT@TWC Midwest Chapter Member was surprised to learn that TWC scored a 100 percent on the HRC Index for workplace equality for years.

Every year, Columbus’s LGBTQ Community Center, Stonewall Columbus, produces the 2nd largest Pride Parade and Festival in the Midwest. This year, Stonewall Columbus celebrated its 34th year with the Columbus community and Time Warner Cable was proud to be an ally. To see more highlights from the day, CLICK HERE. 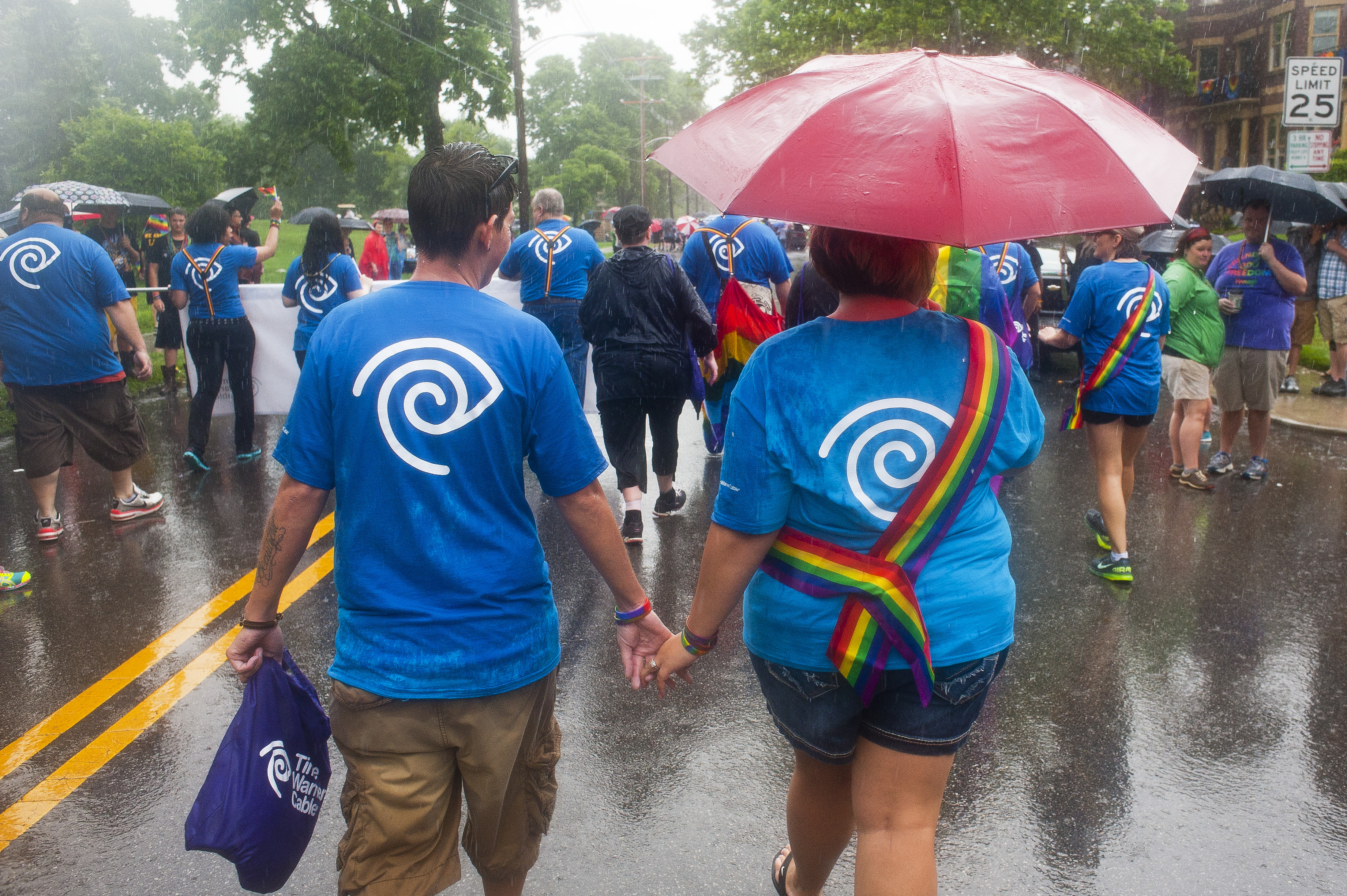 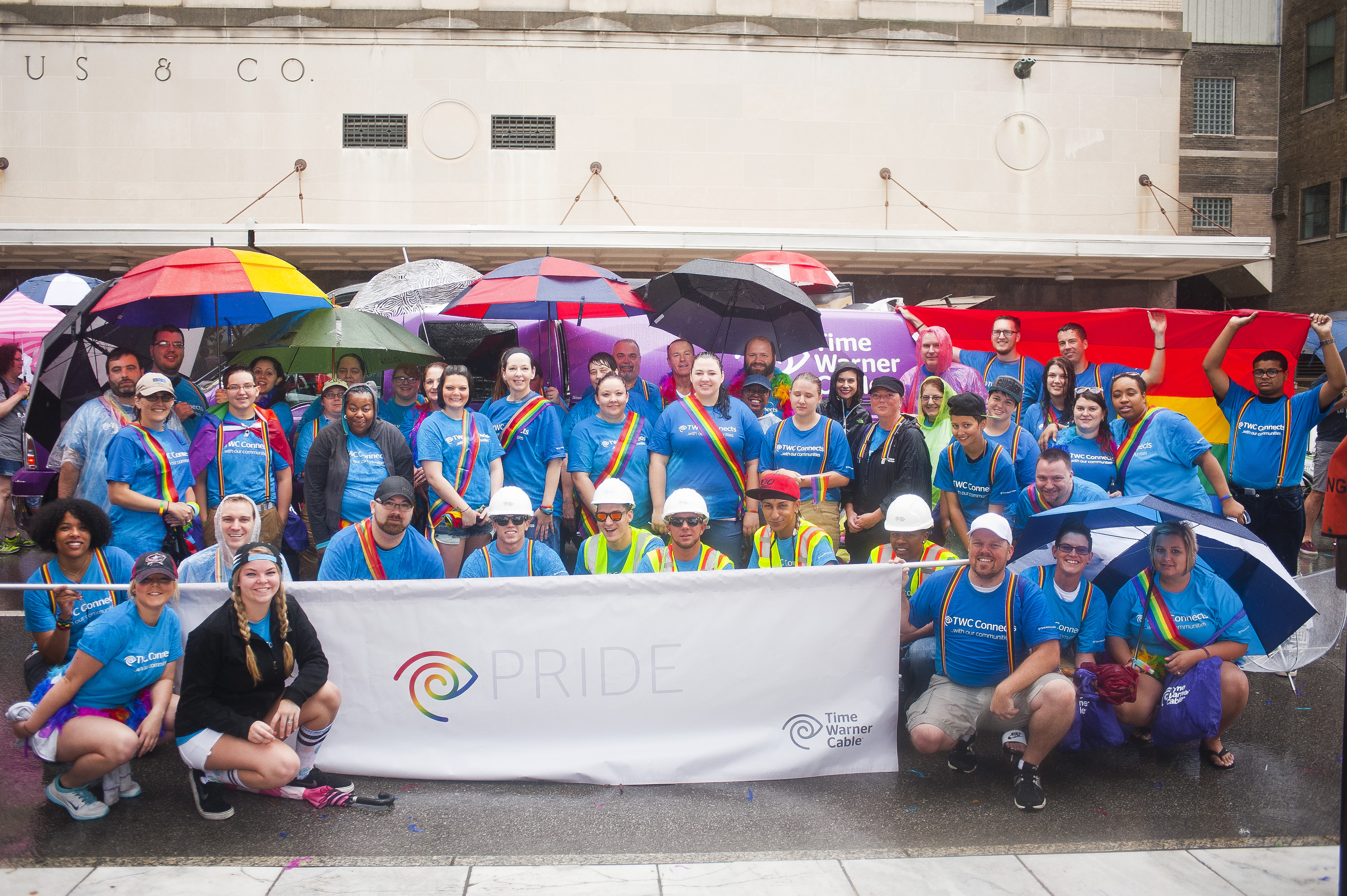 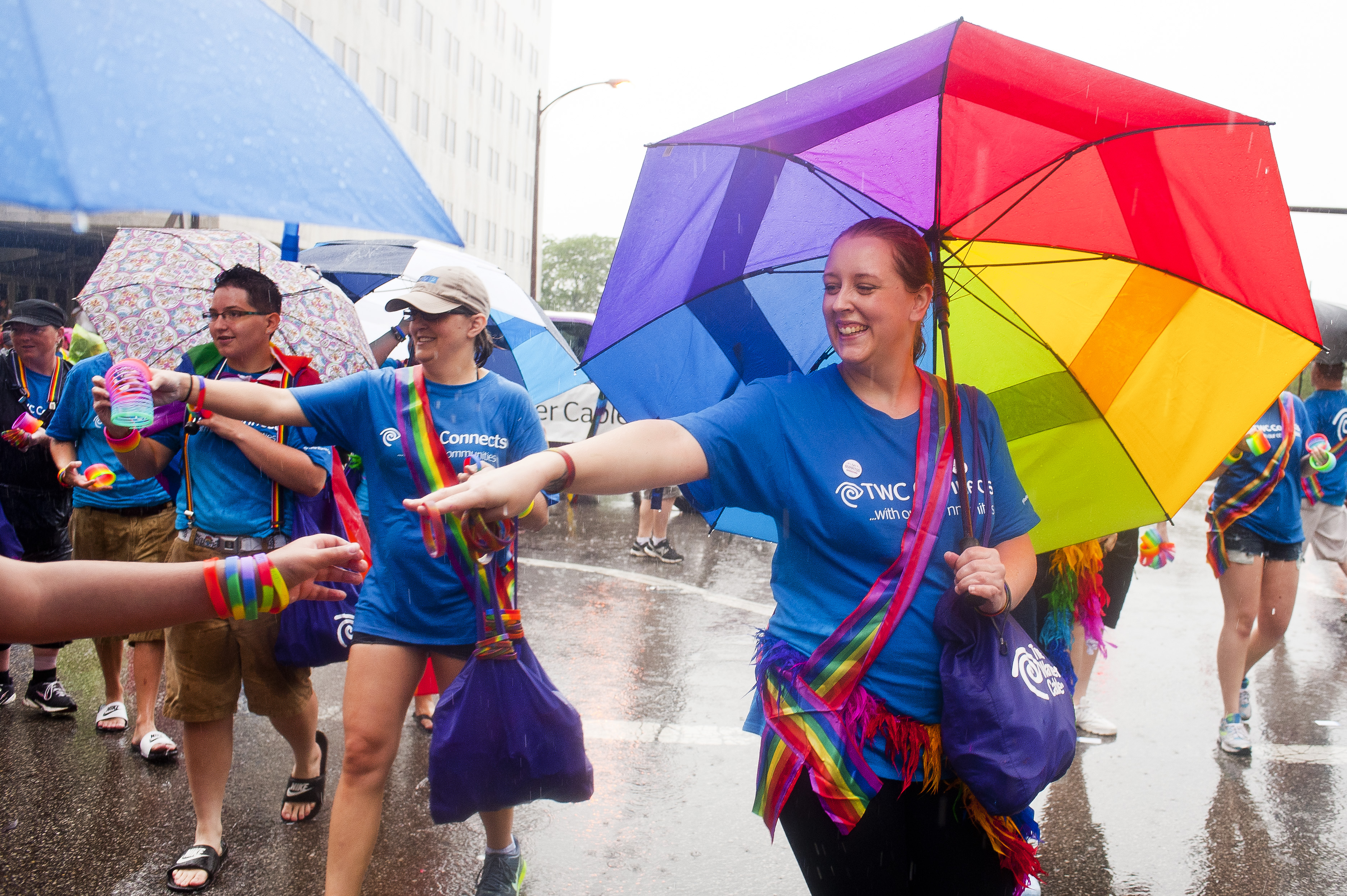 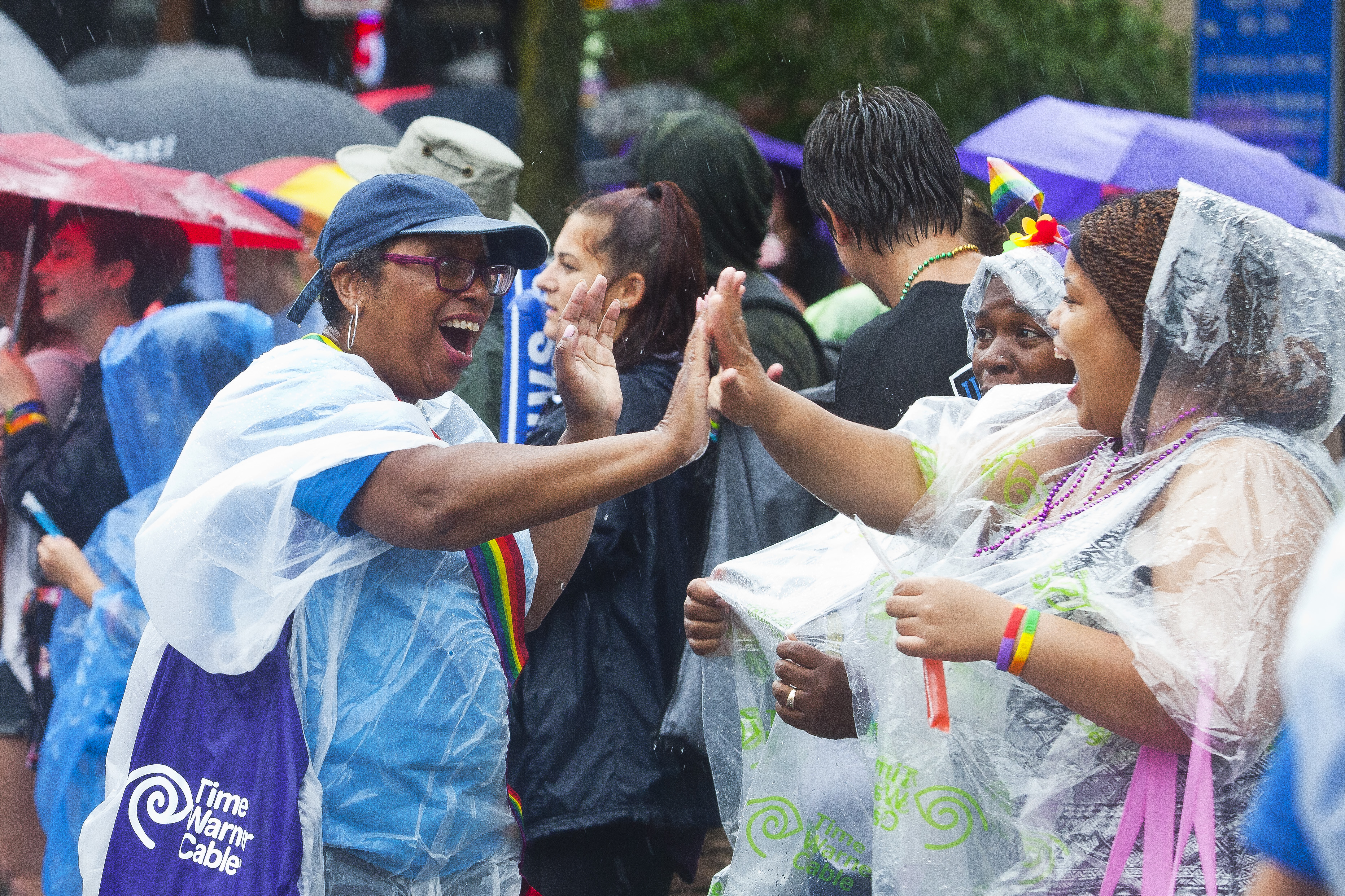