Mar 30, 2015 2:05 PM ET
Tweet This:
Check out video of Steve, a mannequin that stands in for a pedestrian crossing a road. http://toyota.us/1F9ApIW @Toyota #safety
Multimedia with summary

His job? To walk in front of vehicles.Steve is a moving dummy (also known as a mannequin) that stands in for a pedestrian crossing a road. Mannequins like Steve – which come in adult and child sizes – mimic different walking speeds and angles to allow for realistic testing situations. This technology was developed through a partnership of Toyota’s Collaborative Safety Research Center, Indiana University-Purdue University at Indianapolis (IUPUI) and Ohio State University. The study used data from volunteers of all shapes and sizes—including children— to develop a groundbreaking pedestrian mannequin – “Steve” – that is contributing unique technologies for future safety testing.Toyota is one of many companies that offers vehicles with pre-collision systems (PCS) that can help slow down or stop vehicles when they’re in danger of hitting something in front of them, including pedestrians. But Toyota wanted to go a step further to help standardize how this technology is tested across the industry. The partnership helped deliver that.The project has been so successful at measuring the performance of pedestrian pre-collision systems that IUPUI has spun it off into a standalone company.The prestigious SAE International is adopting the mannequins as the baseline in its own work to develop overall standards for pedestrian PCS testing.For its part, Toyota will begin using the pedestrian mannequins to test its own technology beginning in 2015.The automaker is proud to collaborate on such an important safety advance but sees this as just the beginning. Further research is ongoing to improve the platform for the mannequins to allow for testing in a wider range of conditions and environments, as well as to create new mannequins that can stand in for cyclists.Toyota remains committed to the development of technologies that can help prevent crashes from occurring in the first place and will continue to share its results with government and the auto industry in order to advance the future of auto safety for everyone. 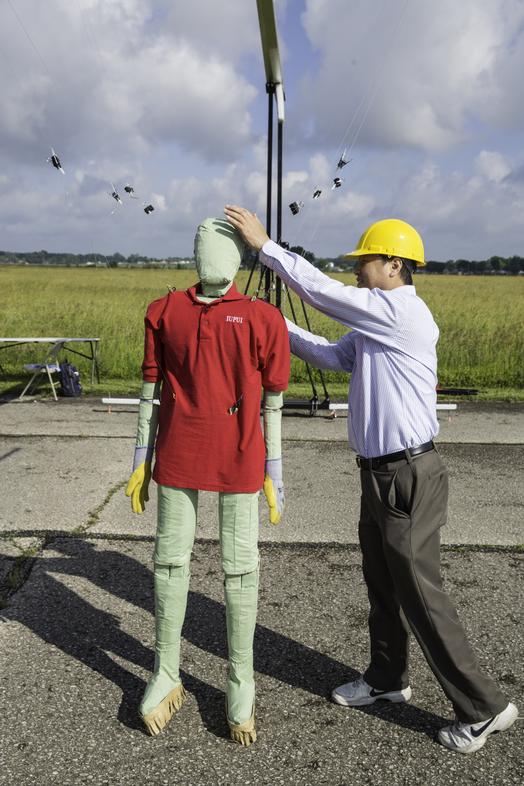