In collaboration with MGM Resorts International and the City of Henderson, Habitat for Humanity Las Vegas raised the walls to its 100th home on January 31marking a significant milestone for the organization.

Sponsored by MGM Resorts, with funding for the land received from the City of Henderson via grants from the Low Income Housing Trust Fund (LIHTF) and the Community Development Block Grant (CDBG), the 100th home is one of six single-family Habitat homes slated for construction in Henderson’s Pittman region. Since 1991, Habitat Las Vegas has provided simple, decent and affordable homes for low-income families, in addition to helping to revitalize and transform communities throughout Southern Nevada.

“MGM Resorts is proud to be a part of this momentous occasion and we look forward to building upon our longstanding partnership with Habitat for Humanity,” said Phyllis A. James, Executive Vice President and Chief Diversity Officer of MGM Resorts International, and Habitat Las Vegas Board Member. “The construction of this house is a great illustration of how employees joining together, and community partnerships when forged, can significantly improve the lives of individuals in our community.”

The three-bedroom, 1250-square-foot home is the seventh Habitat Las Vegas house sponsored by MGM Resorts. In addition to providing a donation of $80,000 for the construction, the company’s employees will help build the home, having already completed more than 1,800 volunteer hours on the MGM sponsored home in 2014. The new home will sit on a parcel of land at the intersection of Merze and Ward, and is part of Habitat’s continued community redevelopment efforts.

“For more than 23 years, Habitat Las Vegas has helped transform communities and stabilize neighborhoods throughout Southern Nevada. As we embark on our 100th home, it serves as a testament to what our volunteers, corporate partnerships and families can help accomplish,” adds Meg Delor, Executive Director of Habitat Las Vegas. “With every new family that moves in with ambitions to create a better life, neighborhoods become safer and more vibrant.”

“This Habitat home, along with five additional such homes slated for construction, is an important step forward in the city’s efforts to revitalize the Pittman neighborhood,” said Mayor Andy Hafen. “These homes will help to reinvigorate the neighborhood and will welcome new homeowners who share a strong sense of community pride.”

Habitat Las Vegas’ 100th home partner family Joanne Langston, a widowed mother of three young children, will be able to provide a stable home and help ease her financial burden, thanks to the generosity of MGM Resorts, support of the City of Henderson and contributions from Habitat’s Home Ownership program.

In addition to meeting income requirements, working families who qualify for the program must perform 300 hours of volunteer “sweat equity” building Habitat homes, including the one they will eventually own. 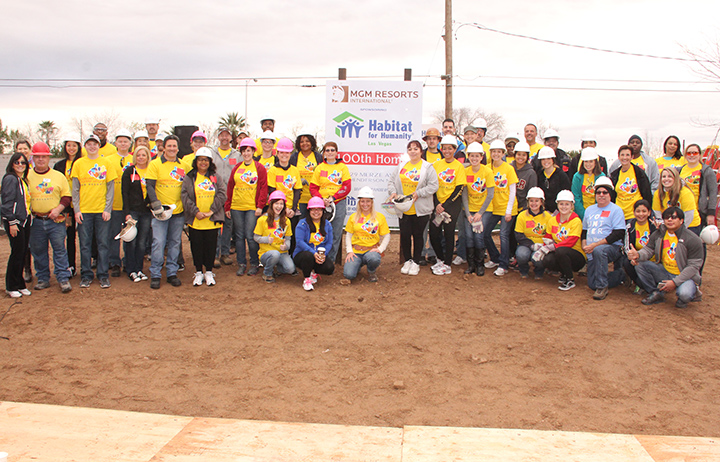 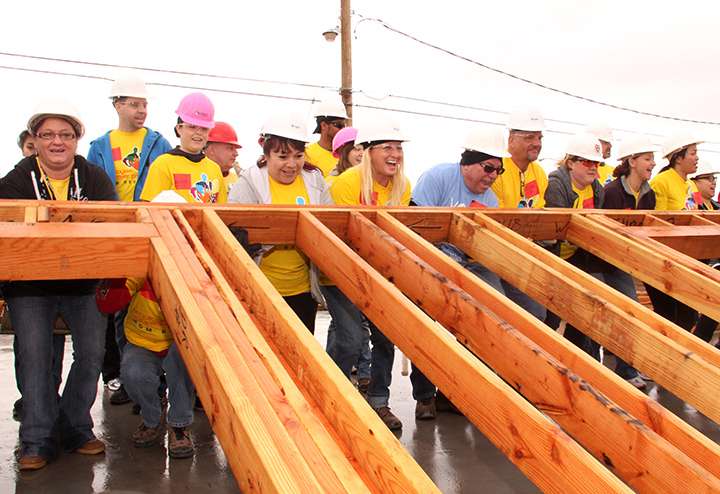 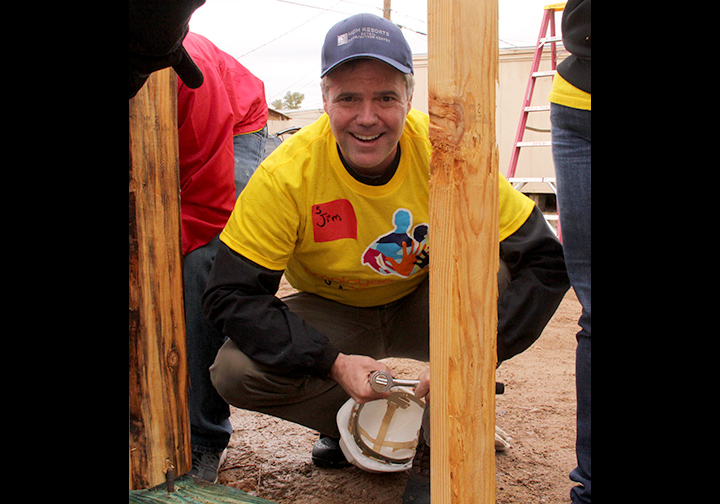 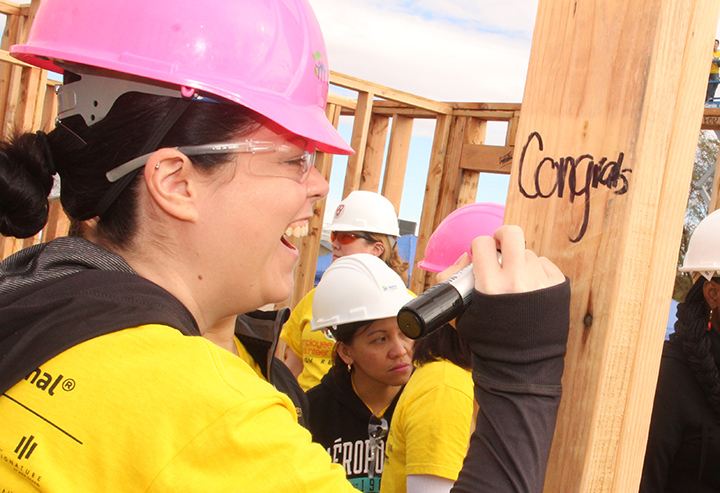