Agreement Between Municipality, Port Authority and Costa Cruises for Sustainable Development in Savona

Planned interventions will focus on environmental impact, communication and the creation of economic and social value. As a result, Savona will become a reference model for responsible growth in the cruise sector.
Nov 18, 2015 10:00 AM ET
Tweet This:
.@costacruis signs agreement with Municipality and Port Authority of Savona for sustainable development in Savona http://3bl.me/w6zkdf
Press Release

SAVONA, November 18, 2015 /3BL Media/ – Today, the Municipality of Savona, the Port Authority of Savona and Costa Cruises signed a three-year memorandum of understanding for sustainable development in the cruise sector in Savona.

This unprecedented agreement calls for joint interventions in various areas to guarantee responsible growth of the cruise industry in Savona that, thanks to the presence of Costa ships in 2014, was Italy’s fourth leading cruise port, with more than 1 million embarking, disembarking and transiting passengers (source: Clia Europe).

“Today, the Municipal Administration, along with the Port Authority and Costa Cruises, will sign a memorandum of understanding that provides strong evidence of the common goals to ensure truly sustainable development of tourism in the city. This important document emphasises the signers’ commitment to work on an array of strategic themes ranging from respect for the environment to promotion and enhancement of our city and its cruise vocation through shared actions and instruments. The document that we are signing is a symbol of how the city has changed over two decades, through new potentialities that Savona and its tourism port, supported by the commercial harbour, have demonstrated, owing to its own independence, to be capable of offering in the future to our area”, stated Federico Berruti, Mayor of Savona.

“Thanks to close cooperation between Costa, the Municipality and the Port Authority, Savona will become a long-term reference for sustainable development in the cruise sector, thereby creating economic, social and environmental value for the area – declared Neil Palomba, President of Costa Cruises – In recent years we have made major investments in Savona, such as the construction of the Palacrociere’s second terminal, and we would like to continue to grow together with the city in a responsible manner.”

“The signing of this memorandum of understanding formalises a series of mutual commitments by the signers with the clear objective of continuing to improve and, if possible, implement what was built from 1996 to the present: this includes important infrastructures and a high-level service model for cruise passengers and ships, creating numerous jobs that on peak days will reach a total of 200 - pointed out the President of the Port Authority of Savona, Gian Luigi Miazza - From the very beginning the objective was to make it easier to become more familiar with Savona and, today, the Infopoint in front of the Palacrociere is a decisive reference for cruise passengers. In other words, the idea is to work all together to meet new challenges in terms of future investments and increasing the figures to be generated over the long term, starting from today and from everything that the cruise system has already developed in Savona”.

The main areas of intervention included in the agreement focus on environmental protection, social and economic impact, and communication of the results achieved.

Regarding the emissions from ships in port, Costa Cruises is constantly engaged in a series of initiatives aimed at thorough management of energy resources and limiting environmental impact, such as implementation of the "Exhaust Gas Cleaning systems" on 7 of the fleet’s ships to reduce exhaust gases, or replacing bulbs on board vessels with their low-consumption LED equivalents. The company has also announced the construction of the first cruise ships powered by liquefied natural gas (LNG), the “cleanest” fossil fuel in the world. Those vessels are scheduled to be delivered in 2019 and 2020, with Savona to become the homeport for the first one. To obtain a more accurate overview of the environmental impact generated in Savona, Costa has also developed specific activities for monitoring port emissions, the results of which will soon be available.

The environment-oriented interventions set out in the agreement will also involve vehicular traffic to and from the Palacrociere providing, for example, special communications to guests to give preference to those arriving by car from the Vado motorway exit instead of from Albisola.

Activities are already under way to monitor the noise impact of ships during port operations, with additional improvements to the current ship waste recycling and disposal process, a truly virtuous example in Europe. To this regard plans also call for increasing cooperation with some important partners, such as CiAl. Instead, another noteworthy project for safeguarding marine fauna is Whalesafe, with the aim of protecting cetaceans in the area of the Pelagos Sanctuary.

In the social and economic areas, initiatives are planned to consolidate relationships with the local communities. Palacrociere’s second terminal, inaugurated in 2014 and for which Costa has invested 9 million Euros, will increase cruise traffic even more over the next few years, thereby creating new jobs at a local level. In addition, a consulting company will be requested to develop a study to measure the economic impact of cruises in the area.

Efforts will also be made in terms of training, through the organisation of professional traineeships for young people from Savona at the Palacrociere, along with courses on tourism welcoming activities for personnel who are already employed. There will also be educational programs for elementary and middle-school students and cooperation with universities and secondary schools for research projects linked to cruises and tourism.

The joint management, already formalised, by Costa, Municipality, Chamber of Commerce and Port Authority of the Info Point, located in the dockyards next to the terminal, will improve tourist welcoming and information services for cruise passengers, and for which development projects are being planned in a cooperative effort with local associations.

The Palacrociere will open its doors to the city for visits by students, while also holding “open days”, cultural events and conferences.

The support and sponsoring of local initiatives that focus on sustainability will also be evaluated along with involvement of Costa and its employees in volunteer projects linked to the area.

Continuation of the sustainability program signed today will be ensured by meetings involving constant updates between Municipality, Port Authority and Costa Cruises, which also pledge to communicate the results achieved to the city. 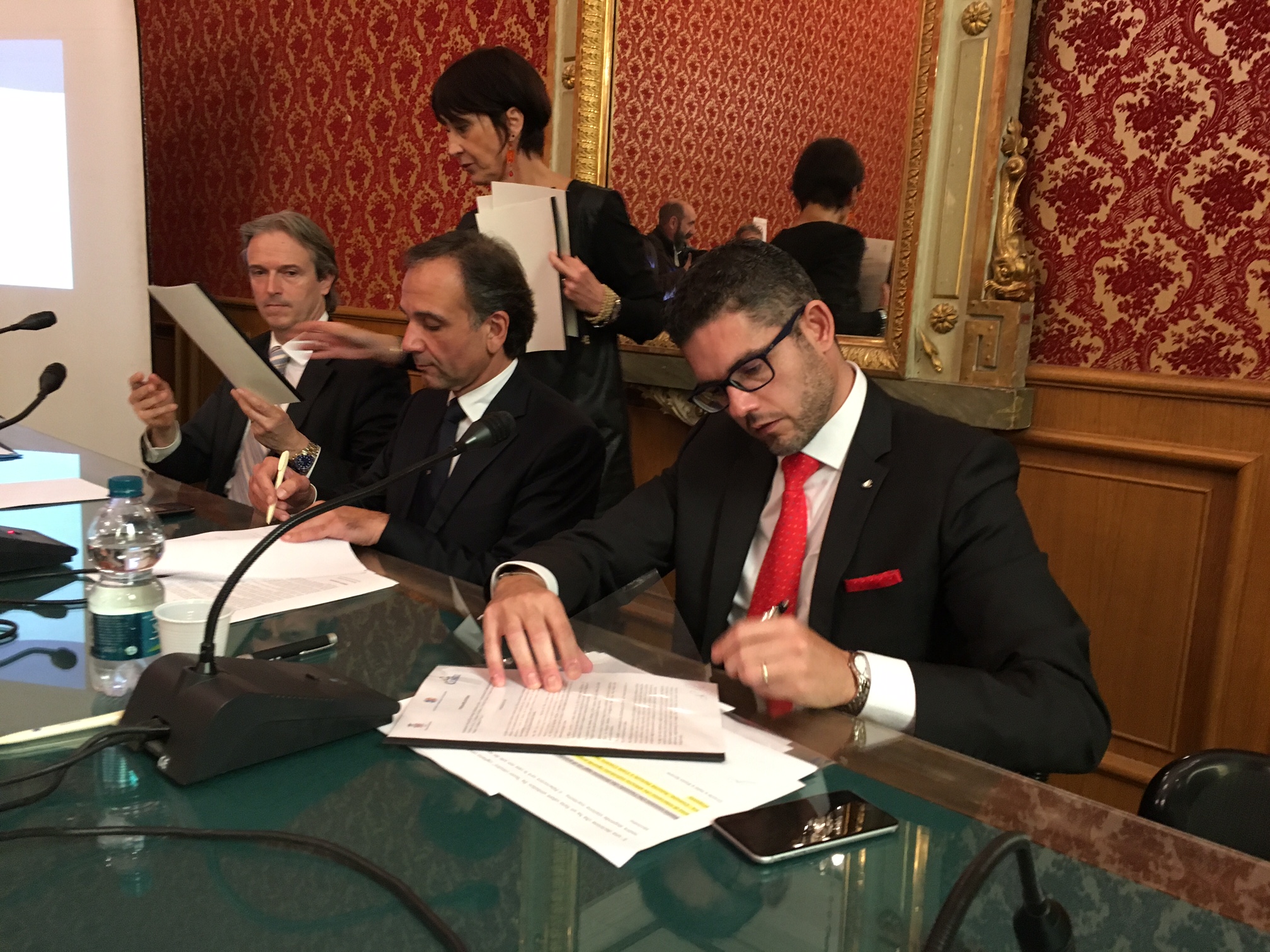