NORTHBROOK, Ill., Sept. 29 2014 /3BL Media/ – Last year, the Chicago Police Department logged 48,141 domestic violence-related calls. Recognizing the seriousness and breadth of the issue, The Allstate Foundation is stepping up to keep the conversation going here in Chicago. From the 151 bus to Allstate’s corporate headquarters, Chicagoland will be turning purple this October in support of Domestic Violence Awareness Month.

“We’re currently in the midst of a national conversation about domestic violence that has never happened before in our history,” said Vicky Dinges, senior vice president of corporate responsibility at Allstate. “The more we can get people talking, the greater our chances of ending violence against women. We call on people in our hometown to join us in this important conversation, to get informed and get involved.”

On morning of Oct.1, Allstate’s corporate headquarters off Interstate 294 will be bathed in purple lighting to kick-off Domestic Violence Awareness Month. Additionally, buses throughout the city ranging from the seven to the 151 will be wrapped in purple and include facts about domestic violence. The Allstate Foundation is also a lead sponsor of this year’s Latino Fashion Week where local celebrities and attendees will walk the purple carpet and receive charms outfitted with stories from survivors.

To help encourage conversation and support for domestic violence service providers, The Allstate Foundation is also currently in the midst of hosting the Purple Purse Challenge. Ten Chicago-area nonprofit organizations are competing and raising money for financial empowerment services for domestic violence survivors and, to date, these local organizations have raised more than $300,000.

The Challenge kicked off earlier this month and is raising money for 130 domestic violence service organizations across the country on Crowdrise.com/PurplePurseChallenge. The more donations each nonprofit collects, the more incentive funding the organization can compete to win from The Allstate Foundation, which is contributing nearly $650,000 in incentive funding and direct grants. The Challenge runs through Oct. 3.

Chicagoland-based nonprofit organizations participating in the Purple Purse Challenge include:

The Allstate Foundation conducted a new survey, “Silent Weapon: Domestic Violence and Financial Abuse,” to learn more about Chicagoans attitudes related to this social issue. The findings include:

What do Chicagoans’ say about Domestic Violence and Financial Abuse?

Visit purplepurse.com to learn more about domestic violence and financial abuse as well as how to start life changing conversations about this important topic.

Survey Methodology
The Allstate Foundation Silent Weapon: Domestic Violence and Financial Abuse survey was conducted July 18-27, 2014 by FTI Consulting among a nationally representative sample of 1,020 American adults age 18+ with additional oversamples among 200 Americans age 18-33 (“Millennials”), 200 Hispanic Women age 18+, and 250 adults each in the Chicago media markets. The margin of error for the national sample is ± 3% at the 95% confidence interval. The survey was conducted using the web-enabled KnowledgePanel®, a probability-based panel designed to be representative of the U.S. population. Initially, participants are chosen scientifically by a randomselection of telephone numbers and residential addresses. Persons in selected households are then invited by telephone or by mail to participate in the web-enabled KnowledgePanel®. For those who agree to participate, but do not already have Internet access, GfK provides at no cost a laptop and ISP connection. People who already have computers and Internet service are permitted to participate using their own equipment. Panelists then receive unique log-in information for accessing surveys online, and then are sent emails throughout each month inviting them to participate in research. 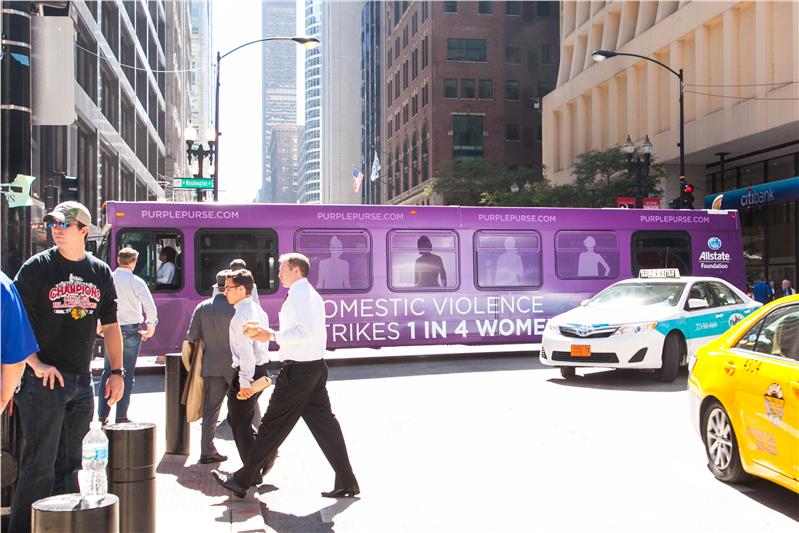