These accomplishments highlighted in its eighth Corporate Responsibility (CR) Report issued today reinforce the Company’s commitment to its stakeholders, to the communities where it operates, and to the consumers who enjoy its portfolio of premium spirits and wines. This CR Report, which is an interim report as the Company will publish a full report biennially, focuses on what Bacardi Limited has done to manage social and environmental impacts of its global business in the fiscal year encompassing April 1, 2014, through March 31, 2015, and builds upon its first seven full annual CR Reports.

To access the Bacardi Limited 2015 CR Report in its entirety, visit: http://www.bacardilimited.com/Home/CorporateResponsibility

“As we continue to build on our commitments to reduce harmful drinking and promote the responsible use of our products, Bacardi is also focused on its ambitious environmental platform to not only reduce our impact, but to also replenish to become an even more sustainable business in the long-term,” says Rick Wilson, senior vice president for Corporate Responsibility, who leads Bacardi CR initiatives globally.

Key achievements in the five core areas of the Bacardi Limited 2015 CR Report include:

“The significant progress we made in fiscal 2015 would not have been possible without the unwavering dedication, skillful efforts and hard work of Bacardi employees around the world,” adds Mike Dolan, CEO of Bacardi Limited. “We will continue to review all aspects of our operations, facilities and activities to improve our sustainability commitments and meet our stakeholder expectations.”

Founded 154 years ago in Santiago de Cuba on February 4, 1862, family-owned Bacardi manufactures its brands at 29 facilities and sells in more than 160 countries. Bacardi Limited refers to the Bacardi group of companies, including Bacardi International Limited.

BACARDI, THE BAT DEVICE & OTHER MARKS RELATED TO PRODUCTS ARE TRADEMARKS OF BACARDI & COMPANY LIMITED OR OF OTHER SUBSIDIARIES OF BACARDI LIMITED. 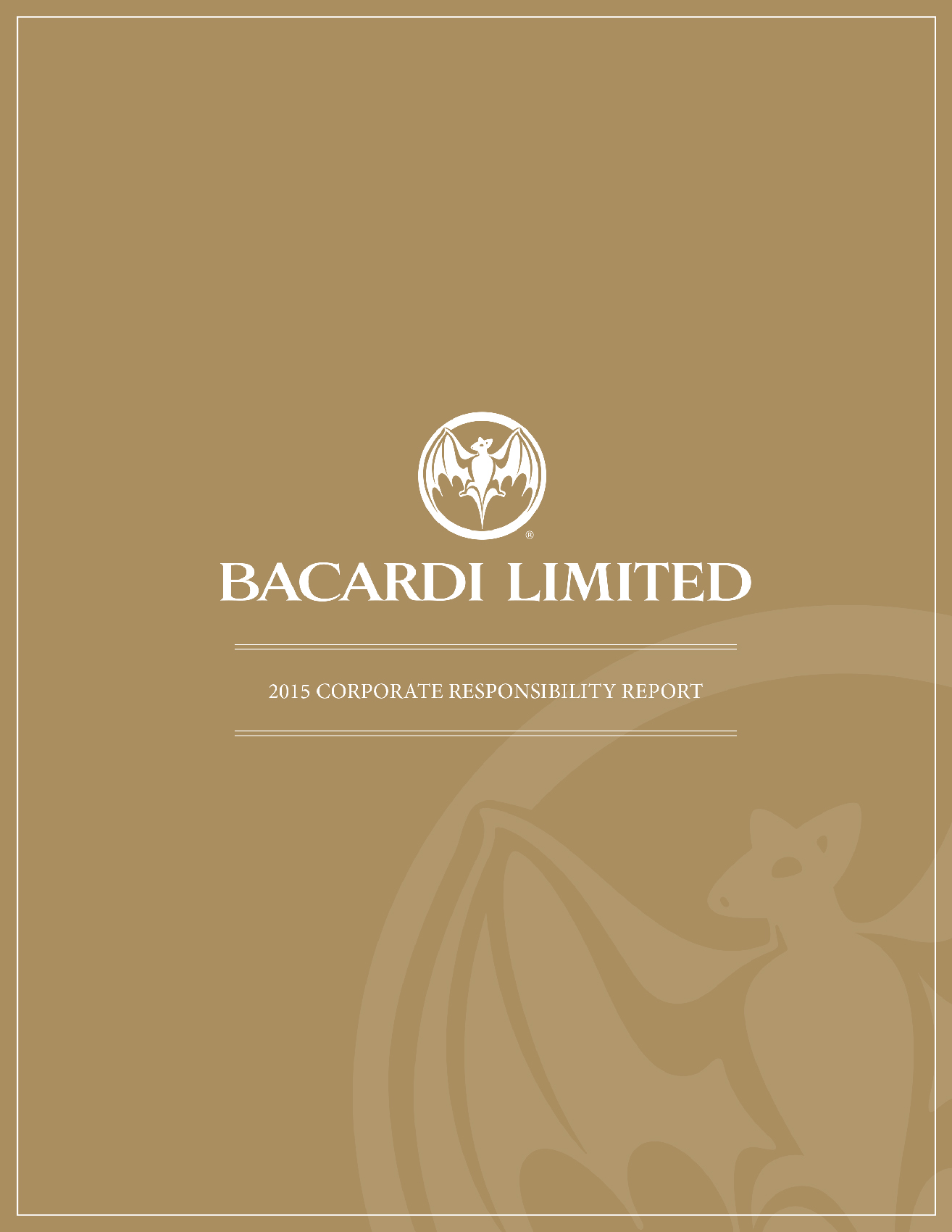