May 22, 2012 8:05 PM ET
Tweet This:
Banorte Provided Over $ 8 Million Pesos to Support Communities Affected by the Drought http://3bl.me/zxcpch
Summary:

"Foundation Banorte" ( Banorte Foundation) gave to civil society organizations gathered resources through their own No. 10 account.

The proceeds were divided equally by the states of Chihuahua, Coahuila, Durango, San Luis Potosi and Zacatecas to be channeled to families affected by the drought.

(3BL Media) May 22, 2012 - In order to support the states of Chihuahua, Coahuila, Durango, San Luis Potosi and Zacatecas, decreed to be the most affected by the drought in Mexico, Banorte and its Foundation collected through its network of ATMs and IXE branches $ 8 million 131 thousand 958 pesos through their No. 10 account.

The proceeds were divided equally for the 5 states of the Republic and will be sent to support families affected through the "Fundación del Empresariado" Chihuahua, AC, in Chihuahua "Fundación Chrysler", IAP, in Coahuila, "Asociación Mexicana de alimentos", AC, Durango and Zacatecas, and "Un Kilo de Ayuda", AC, in San Luis Potosi, all civil society organizations known for their professionalism and seriousness to bring help and transparent use of resources.

The campaign "Help Drought" directed to the public in general and valid from January 29 to February 29 this year, came in response to Banorte and its Foundation to the invitation that the President of the Republic made to support Mexico's most affected by the drought in the states mentioned above.

In this way Banorte and its Foundation show through the delivery of the donations collected at its ATMs and branch network, and reaffirm their commitment to the Mexicans affected by natural disastersas well as with donors. 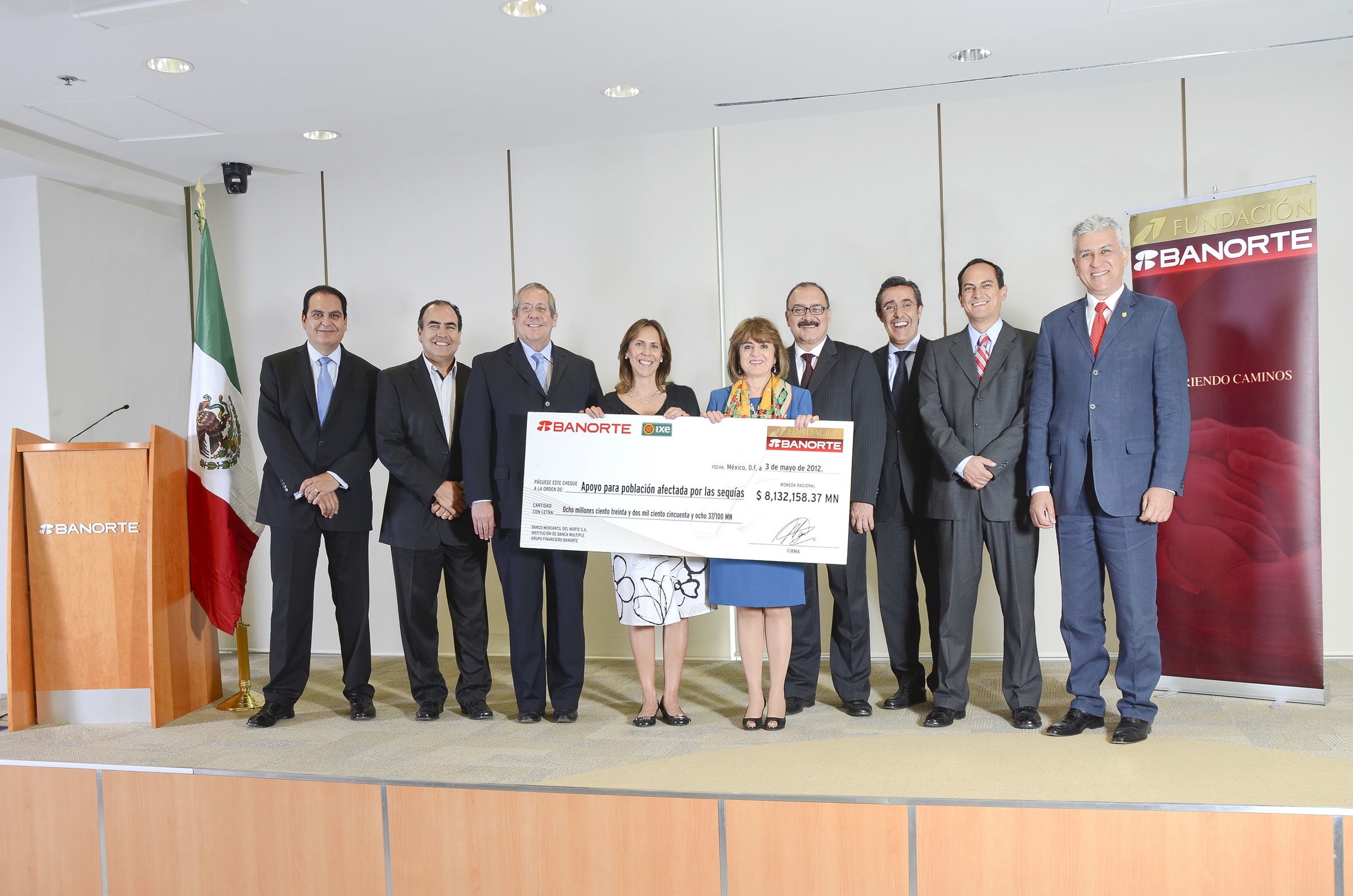