During a week in which Cincinnati will become the center of the baseball universe, golfers and baseball fans alike will be able to combine two of America’s greatest passions for an unforgettable day on one of the area’s most prestigious golf courses.

Players Trust All Star Golf Tournament participation levels begin with $1,000 individual/$4,000 foursome slots, which include an opportunity to golf with a former Major Leaguer, a unique, gift-filled SWAG bag and an autographed baseball and photo for each golfer.  Additional sponsorship levels are also available.

The charitable beneficiaries of the Tournament, as selected by co-hosts Bruce and Davis, are Arc of Ohio and Arc of Beaumont (TX) and the Dave Parker 39 Foundation.  The Arc works to ensure that the estimated 7.2 million Americans with intellectual and developmental disabilities have the services and support they need to grow, develop and live in communities across the nation. The Dave Parker 39 Foundation is a non-profit organization focused on finding a cure for Parkinson's disease in our lifetime, and to make life better for those living with the disease today. Portions of the costs to participate in the golf tournament are tax deductible.

The Players Trust All Star Golf Tournament is part of the non-profit’s fund-raising programming efforts.  Each off-season for the past 11 years, the Trust has hosted a tournament on some of the country’s most exclusive golf courses, such as Shadow Creek in Las Vegas, NV, Torrey Pines in La Jolla, CA and Scottsdale TPC and Grayhawk Golf Club in Arizona.  The Trust has hosted its previous All Star Golf Tournaments on the notorious Black Course in Bethpage, Long Island in 2013, to benefit Superstorm Sandy victims, and at Windsong Farm in Independence, MN in 2014, to benefit Minnesota area children’s charities.  To date, the Trust has raised more than $1.6 million for various causes through its golf events.

For more information, please visit http://playerstrust.org/programs/golf-tournaments/, call 888-714-0755 or send an e-mail to PlayersTrust@mlbpa.org.

About the Major League Baseball Players Trust
Through the Players Trust, Major Leaguers contribute their time, money and celebrity to call attention to important causes affecting the needy and to help encourage others to get involved in their own communities.  Each year the Players Trust distributes more than $1.5 million in annual grants and programs, and inspires hundreds of thousands of high school students to volunteer in their communities through the Action Team national youth volunteer program.  For additional information, please visit www.PlayersTrust.org and visit the Players Trust channel on YouTube at http://www.youtube.com/user/MLBPlayersTrust.  Follow the Trust on Twitter and Instagram: @MLBPlayersTrust. 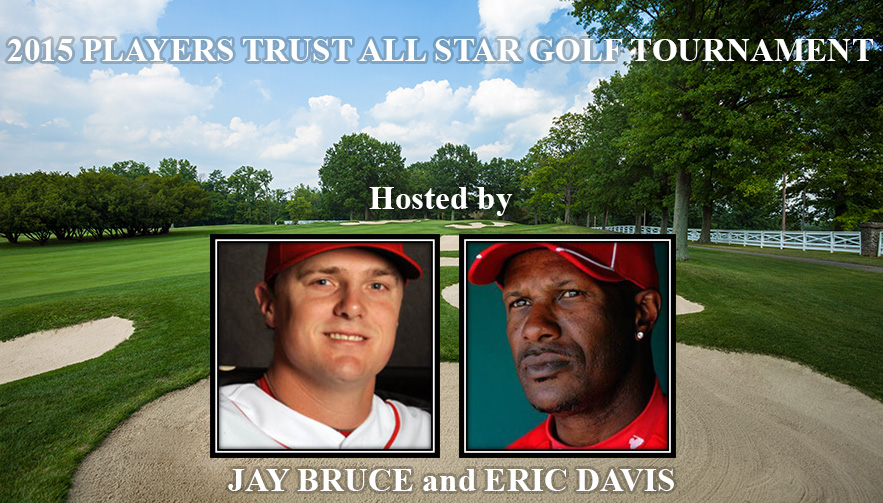