BIOjet Abu Dhabi: Flight Path to Sustainability will engage a broad range of stakeholders to develop a comprehensive framework for a U.A.E. biofuel supply chain. This initiative will focus on research and development and investments in feedstock production and refining capability in the U.A.E. and globally.

Etihad Airways showed the promise of this homegrown effort yesterday with a 45-minute demonstration flight in a Boeing 777 powered in part by U.A.E.-produced sustainable aviation biofuel. The biofuel was partially converted from plants by Total and refined into jet fuel by Takreer, a wholly-owned subsidiary of Abu Dhabi National Oil Co. (ADNOC). U.A.E. is now among a handful of countries that have produced and flown on their own aviation biofuel, which emits at least 50 percent less carbon dioxide than fossil fuel over its lifecycle.

"In collaboration with our key partners, our goal is to support and help drive the commercialization of sustainable aviation fuel in Abu Dhabi, the region and also globally," said Etihad Airways President and CEO James Hogan. "We have made some important first steps in this process and our continued focus will be to develop further initiatives such as this which will facilitate the availability of sustainable aviation biofuels for Etihad Airways in the coming years."

Boeing and Etihad Airways are also among the founding partners of the Sustainable Bioenergy Research Consortium, hosted by the Masdar Institute in Abu Dhabi. The consortium has been researching and developing salt-tolerant plants that would be raw material for the same refining processes used to produce renewable fuel for the Etihad Airways flight.

The flight and BIOjet Abu Dhabi announcement lead into Abu Dhabi Sustainability Week and the World Future Energy Summit. These activities and Masdar Institute's aviation biofuel research are aligned with the Abu Dhabi Economic Vision 2030, which seeks to develop sustainable energy sources to diversify the U.A.E. economy and increase workforce opportunities for Emiratis.

"With further commitment and investment, the U.A.E., a global leader in commercial aviation, is well-positioned to lead efforts to make our industry more sustainable," said Jeffrey Johnson, president, Boeing Middle East. "Boeing works with partners around the world to advance sustainable biofuel development and sees great opportunity for BIOjet Abu Dhabi to have a positive impact in the U.A.E. and globally."

"Takreer is proud to have been involved in refining this aviation biofuel at its Abu Dhabi research center," said Takreer CEO Jasem Ali Al Sayegh. "We support the concept of using biofuel as a sustainable aviation fuel for a cleaner future in line with ADNOC's sustainability policy. We see this strategy as complementary to our future plans in meeting the rapid growth in demand for jet fuel in the country and the region in view of the expansion of the operations of airlines here."

Etihad Airways is an airline industry leader in supporting the development of lower-carbon renewable fuels. A member of the Sustainable Aviation Fuel Users Group (SAFUG), the airline operated the Gulf region's first biofuel flight in January 2011 with a Boeing 777 delivery from Seattle to Abu Dhabi powered by a blend of petroleum-based and certified plant oil-based jet fuel.

Boeing collaborates with airlines, research institutions, governments and other stakeholders to develop sustainable biofuel supply chains around the world, including the United States, Middle East, China, Brazil, Europe and Australia. 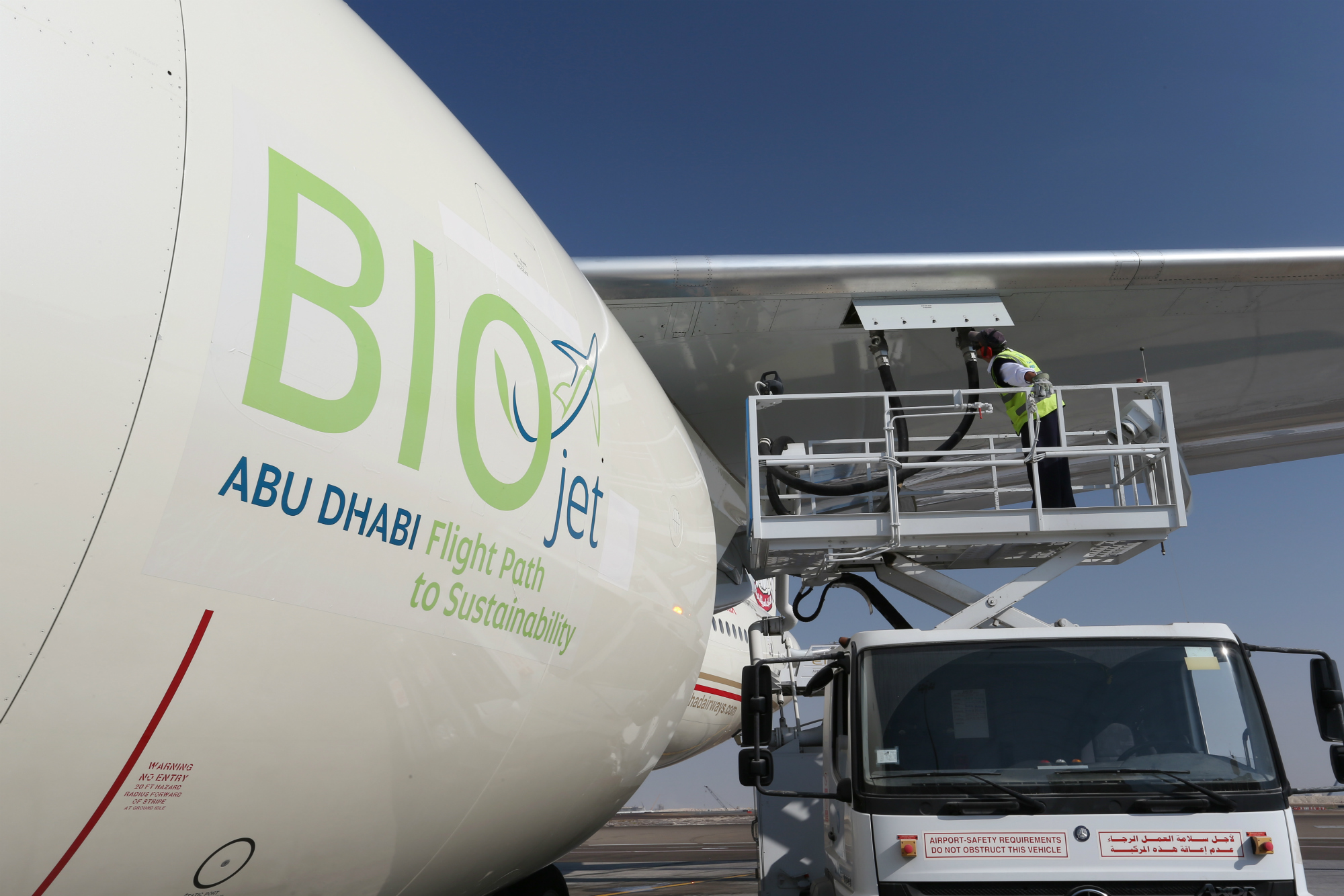