Carnival Corporation is investing as much as $400 million to expand innovative exhaust gas-cleaning technology to over 70 vessels across its brands, up from 32 announced last year
May 22, 2014 9:30 AM ET
Tweet This:
#CarnivalCorp increases install of exhaust gas cleaning tech, expands to more than 70% of fleet http://bit.ly/1lVn7F8
Summary:

A major advancement in environmental technology being used for first time in the restricted space of cruise ships, system uses filters and seawater to “scrub” emissions and significantly advance cleaner air quality for oceangoing vessels

Carnival Corporation is investing as much as $400 million[1] to design, build and install the systems, being used for the first time in the restricted space found on cruise ships. The systems will enable Carnival Corporation to meet new regulations that place a cap on sulfur content of fuel oil at 0.1 percent, resulting in significantly reduced air emissions. The systems will help the company meet its environmental sustainability goals, as well as mitigate escalating fuel costs.

The systems, known for their ability to clean – or “scrub” – exhaust from high-sulfur fuel, are scheduled to be installed over the next three years. The current installation schedule initially includes 22 Carnival Cruise Lines vessels, nine Holland America Line vessels, seven Princess Cruises vessels and three Cunard vessels. In addition to those 41 ships, two other Carnival Corporation brands, AIDA Cruises and Costa Cruises, will also install the systems – 10 ships for AIDA Cruises and six ships for Costa Cruises. On May 5, AIDAluna emerged from a nine-day dry dock in Hamburg, Germany, with the first stage of the comprehensive exhaust gas treatment system installed.

The remaining schedule of installations will be forthcoming. In addition, Carnival UK brand P&O Cruises is assessing how the systems can be most effective on its vessels under European Union environmental law.

In September 2013, Carnival Corporation announced it had pioneered adapting a proven exhaust gas cleaning technology to use on its ships. The system is called ECO Exhaust Gas Cleaning (ECO-EGC™) for its ability to remove major pollutants from the exhaust gases at any operating condition of a ship—at sea, during maneuvering and in port.

The implementation of the ECO-EGC systems has also allowed Carnival Cruise Lines to return ships to homeporting in Baltimore and Norfolk, Va., in 2015.

The International Maritime Organization's (IMO) MARPOL Annex VI places a cap on sulfur within Emission Control Areas (ECAs) at 1.0 percent, which took effect in North America in 2012. In 2015, the limit in North American ECAs will be 0.1 percent. The IMO’s global sulfur limits for seas other than specifically designated ECAs are currently 3.5 percent and are expected to drop to 0.5 percent by 2020, so Carnival’s advanced ECO Exhaust Gas Cleaning systems have the added benefit of ensuring compliance with both North American and global IMO standards.

Carnival Corporation's system combines two established technologies that have been successfully used in shore applications like power plants, factories and vehicles to clean – or “scrub” – the exhaust from high-sulfur fuel. For the first time this combination is being developed to accommodate restricted spaces on existing ships.

Carnival Corporation’s plan incorporates a two-pronged system – one to reduce particulates from the ship's engine emissions, and another to use seawater to "scrub" sulfur compounds from the exhaust gases.

Though widely used on land, the system's incorporation in oceangoing vessels is considered a significant advancement in environmental technology.

This news follows the recent Earth Day announcement that Carnival Corporation will meet its goal to reduce its rate of greenhouse gas emissions from shipboard operations by 20 percent. The company has already reduced its emissions by more than 19 percent since 2005 and is on track to meet its goal of 20 percent by 2015.

Together, these brands operate 101 ships totaling 212,000 lower berths with seven new ships scheduled to be delivered between fall 2014 and summer 2016. Carnival Corporation & plc also operates Holland America Princess Alaska Tours, the leading tour company in Alaska and the Canadian Yukon. Traded on both the New York and London Stock Exchanges, Carnival Corporation & plc is the only group in the world to be included in both the S&P 500 and the FTSE 100 indices.

[1] This investment figure was included in Carnival Corporation’s 2014 full-year guidance on capital expenditures. 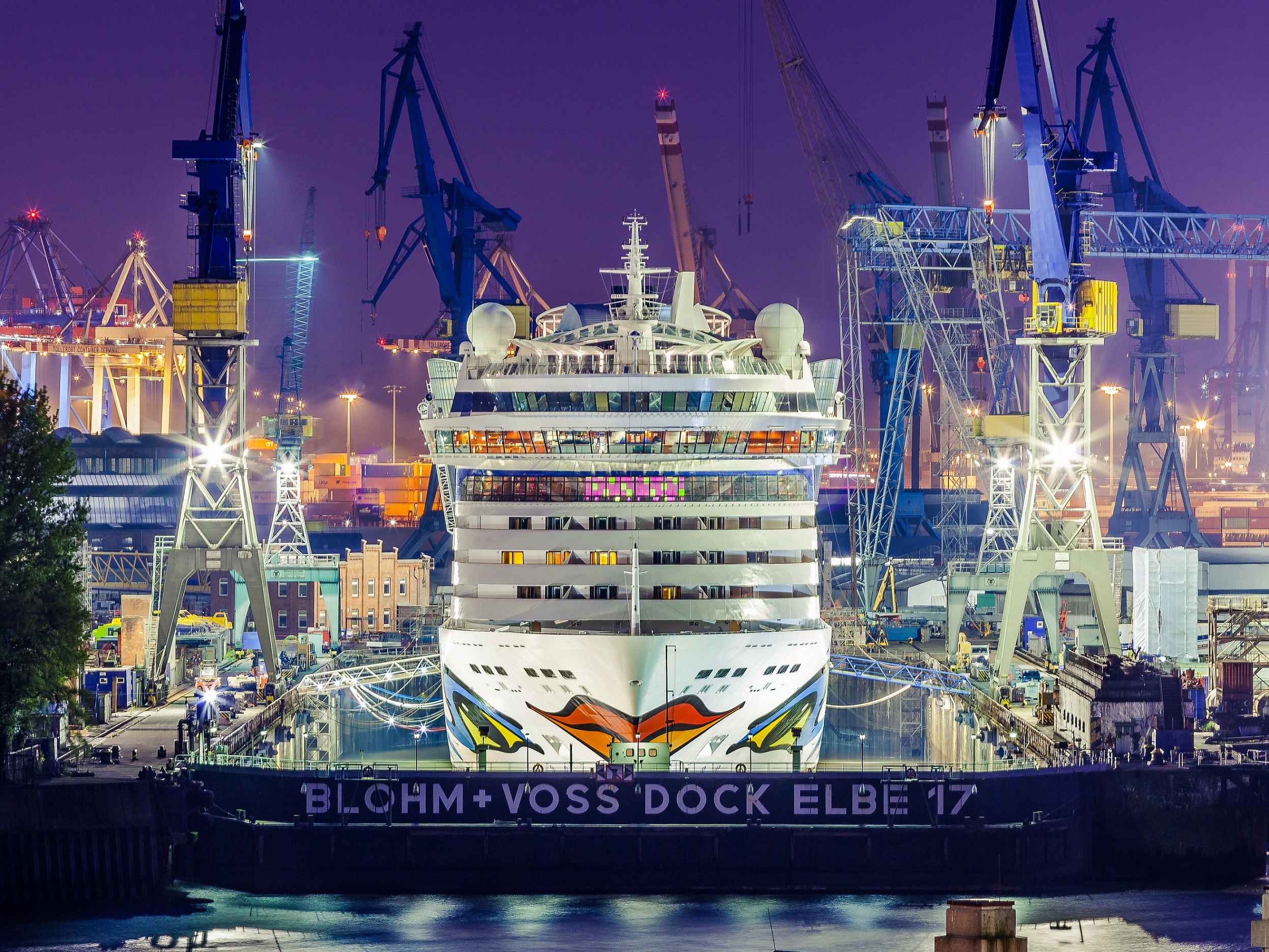