After 30 months of use, a sampling of Volts shows consistent all-electric range
Jun 17, 2014 10:15 AM ET
Tweet This:
.@Chevrolet Volt Owners Surpass Half a Billion Electric Miles http://bit.ly/1l0elbn
Press Release

DETROIT, June 17, 2014 /3BL Media/  – Since its launch in late 2010, Chevrolet Volt owners have accumulated more than half a billion all-electric miles.

Additionally, based on a General Motors’ study of more than 300 Volts in service in California for more than 30 months, many owners are exceeding the EPA-rated label of 35 miles of EV range per full charge, with about 15 percent surpassing 40 miles of range.

“The fact that most of the folks who purchased the Volt at launch are still enjoying EV range performance on target with when they took delivery is testament to the attention to detail our team paid to delivering on our promise of most people driving all electrically most of the time,” said Pam Fletcher, Chevrolet Volt executive chief engineer.

Volt owners are doing more than 63 percent of their overall driving in EV mode. While the driving range in EV mode can be greatly impacted by temperature, driving technique and terrain, the ease with which Volt drivers are avoiding gasoline use further shows the Volt’s suitability for almost any lifestyle.

Volt owners who charge regularly typically drive more than 970 miles between fill-ups and visit the gas station less than once a month. The 2014 Volt provides owners with fuel economy of EPA estimated 98 MPGe (electric) and 35 city/40 highway on gasoline power, saving $1,450 in annual fuel costs with no change in daily driving habits.

In an independent study conducted between July and December 2013, Volt drivers who participated in the Department of Energy’s EV Project managed by Idaho National Labs totaled 1,198,114 vehicle trips of which 974,692, or 81.4 percent, were completed without the gasoline-powered generator being used.

Since the Volt was launched in 2010, owners have helped to reduce gasoline consumption by more than 25 million gallons, the equivalent of no gasoline being used in Washington D.C. for 2½ months.

The Volt continues to attract new buyers to Chevrolet with 69 percent of Volt buyers new to GM. The Toyota Prius is the most frequently traded-in vehicle for a Volt.

About Chevrolet
Founded in 1911 in Detroit, Chevrolet is now one of the world's largest car brands, doing business in more than 140 countries and selling more than 4.9 million cars and trucks a year. Chevrolet provides customers with fuel-efficient vehicles that feature spirited performance, expressive design, and high quality. More information on Chevrolet models can be found at www.chevrolet.com.

About General Motors
General Motors Co. (NYSE:GM, TSX: GMM) and its partners produce vehicles in 30 countries, and the company has leadership positions in the world's largest and fastest-growing automotive markets. GM, its subsidiaries and joint venture entities sell vehicles under the Chevrolet, Cadillac, Baojun, Buick, GMC, Holden, Jiefang, Opel, Vauxhall and Wuling brands. More information on the company and its subsidiaries, including OnStar, a global leader in vehicle safety, security and information services, can be found at http://www.gm.com 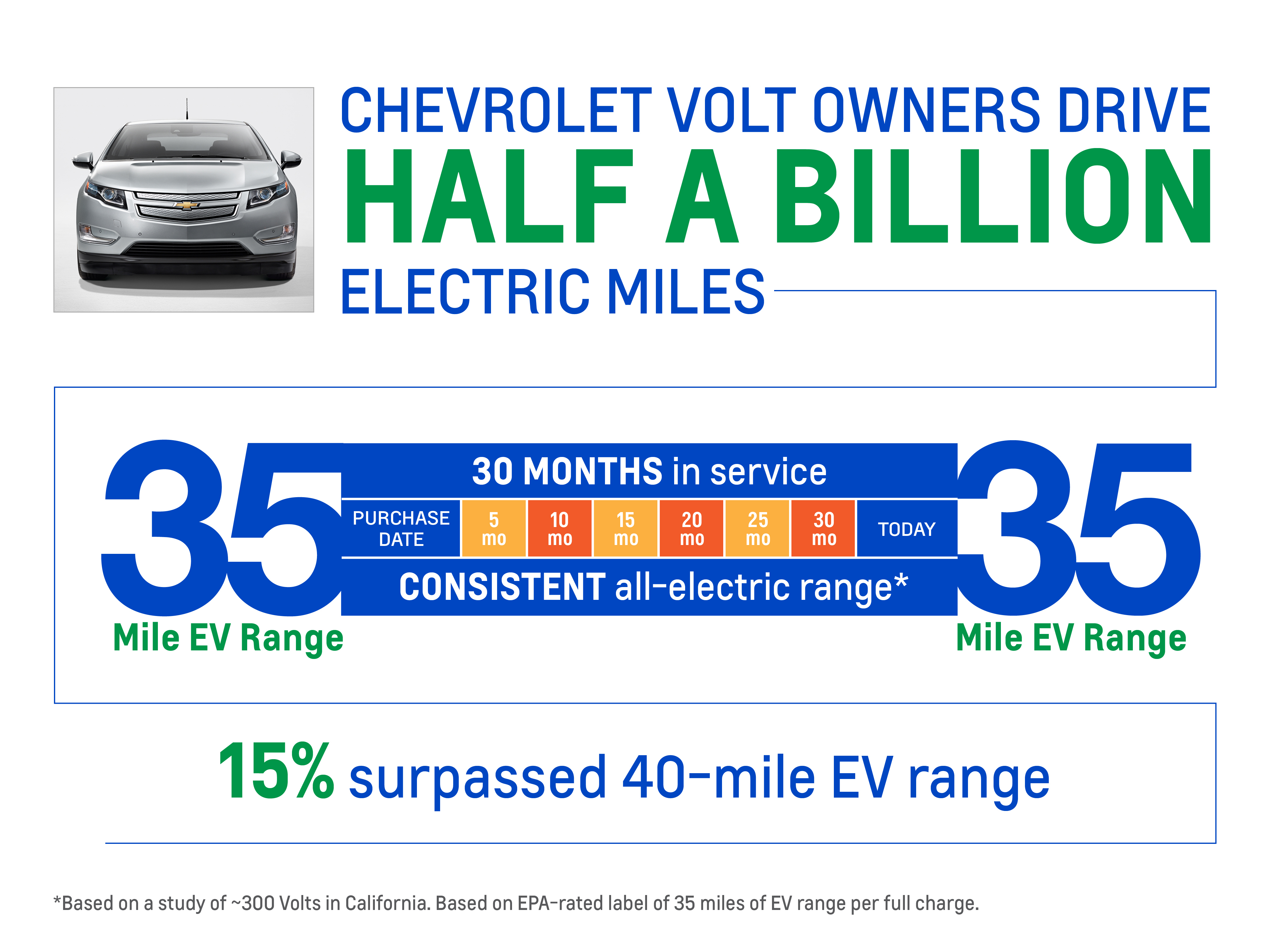