Showcasing the world’s best and brightest science, technology, engineering and mathematics (STEM) students, the MATE International ROV Competition was the final round in a series of science fairs that challenged student teams to design and build ROVs to tackle missions modeled after realistic ocean scenarios, focusing on ways underwater ROV technology can be adapted for use in harsh ocean and space environments. The finalists advanced from more than 20 regional contests that took place throughout Canada, Egypt, Hong Kong, Russia, Scotland, Turkey and the United States.

The 17-person AquaBot Technicians robotics team from the CITGO Innovation Academy received the competition’s Aloha Award for its team spirit and friendliness. The team shared Texas-shaped wildflower seed cards to its fellow competitors as part of its goodwill campaign. Additionally, CITGO Innovation Academy student and AquaBot Technicians CEO Natasha Sanchez was named the competition’s MVP for her strong team leadership and knowledgeable presentation of the team’s ROV, which illustrated how such vehicles could be utilized in both inner and outer space. Sanchez is a high-achieving student who traveled to the White House in 2015 to demonstrate an underwater robot built by CITGO Innovation Academy students to First Lady Michelle Obama.

“For more than a decade now, CITGO has been supporting the Innovation Academy at Moody High School, training the next generation of STEM professionals,” said Art Klein, CITGO Corpus Christi Refinery vice president. “The AquaBot Technicians are a perfect example of how STEM education focused on real-world scenarios is taking these young leaders further. After placing third in the regional competition, the team has proven to be a force on the international level, demonstrating that with proper instruction, our children can contend with the best and brightest from overseas. We congratulate the AquaBot Technicians on their strong performance at this prestigious competition.”

“We strive to find opportunities for our students to engage in interactive education because it prepares them for situations they will encounter in the real world,” said Sandra Clement, principal of Moody High School. “Commitment from CITGO is integral to granting our students access to opportunities like the MATE ROV Competition, enabling them to take STEM learning beyond the classroom.”

For more than a decade, CITGO has supported the CITGO Innovation Academy at Moody High School. Students are exposed to upper-level engineering, math and science courses, in addition to a wealth of mentors, speakers and educational opportunities. Since the CITGO Innovation Academy’s inception, nearly 800 students have gone through the program, many of them becoming engineers, computer scientists and professionals in other STEM fields. Contributions from CITGO include a water tank for the robotics team to practice on, in addition to helping to launch several programs within the school.

Through the CITGO STEM Talent Pipeline program, the company actively supports the academic exploration of STEM education in the schools nearby its refineries in Corpus Christi, Texas; Lake Charles, Louisiana; and Lemont, Illinois. CITGO is dedicated to educational and social investment because of the company’s belief in the abilities of local programs that empower the next generation to contribute to the economic growth of their communities. 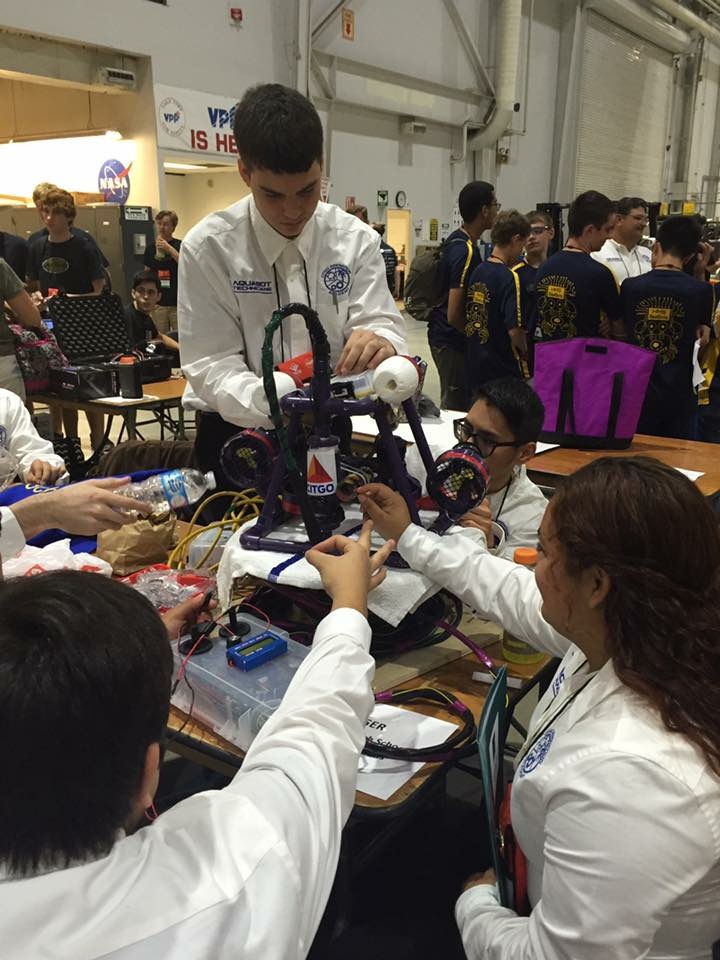