LEMONT, Ill., April 26, 2016 /3BL Media/– The CITGO Lemont Refinery recently held their annual bowl-a-thon at Bowlero in Romeoville to benefit the Muscular Dystrophy Association (MDA), and to raise awareness, support and services for Illinois families living with this disease.

On March 16, this year’s shamrock themed event brought together a total of 46 local businesses, raising over $77,000 for the organization. The Shamrock Bowl is just one of the annual fundraisers held by the CITGO Lemont Refinery in support of MDA life-saving research and social services. In addition to the bowl-a-thon, the Refinery also plans a golf outing, supports the Chicago Muscle Team and organizes a “Fill the Boot” day with local firefighters.

Alongside Ryan Karlin, the MDA Illinois State Goodwill Ambassador, Michael and Nicky Piunti, volunteered as contest judges—selecting the best team theme and team name. According to Michael, he enjoys attending each year because it gives him a chance to personally thank people for their generosity. In fact, Michael and Nicky have been volunteering since the inception of the event. A portion of the dollars raised from the bowl-a-thon goes to support the local MDA Summer Camp, located in Hudson, Ill.

“Camp is the best week of the year! Not only is it fun, but I get to try new things that I thought I could never do,” said Michael Piunti.

In fact, Michael and Nicky’s mom, Michelle, attributes the boys' time at camp as the catalyst that prepared them to attend the University of Illinois Champaign-Urbana in the fall. With the help of a personal assistant, the Piunti brothers will live independently while attending the university as a part of the Beckwith Residential Support Services program.

About CITGO
CITGO, based in Houston, is a refiner, transporter and marketer of transportation fuels, lubricants, petrochemicals and other industrial products. The company is owned by CITGO Holding, Inc., an indirect wholly owned subsidiary of Petróleos de Venezuela, S.A., the national oil company of the Bolivarian Republic of Venezuela. For more information, visit www.citgo.com/. 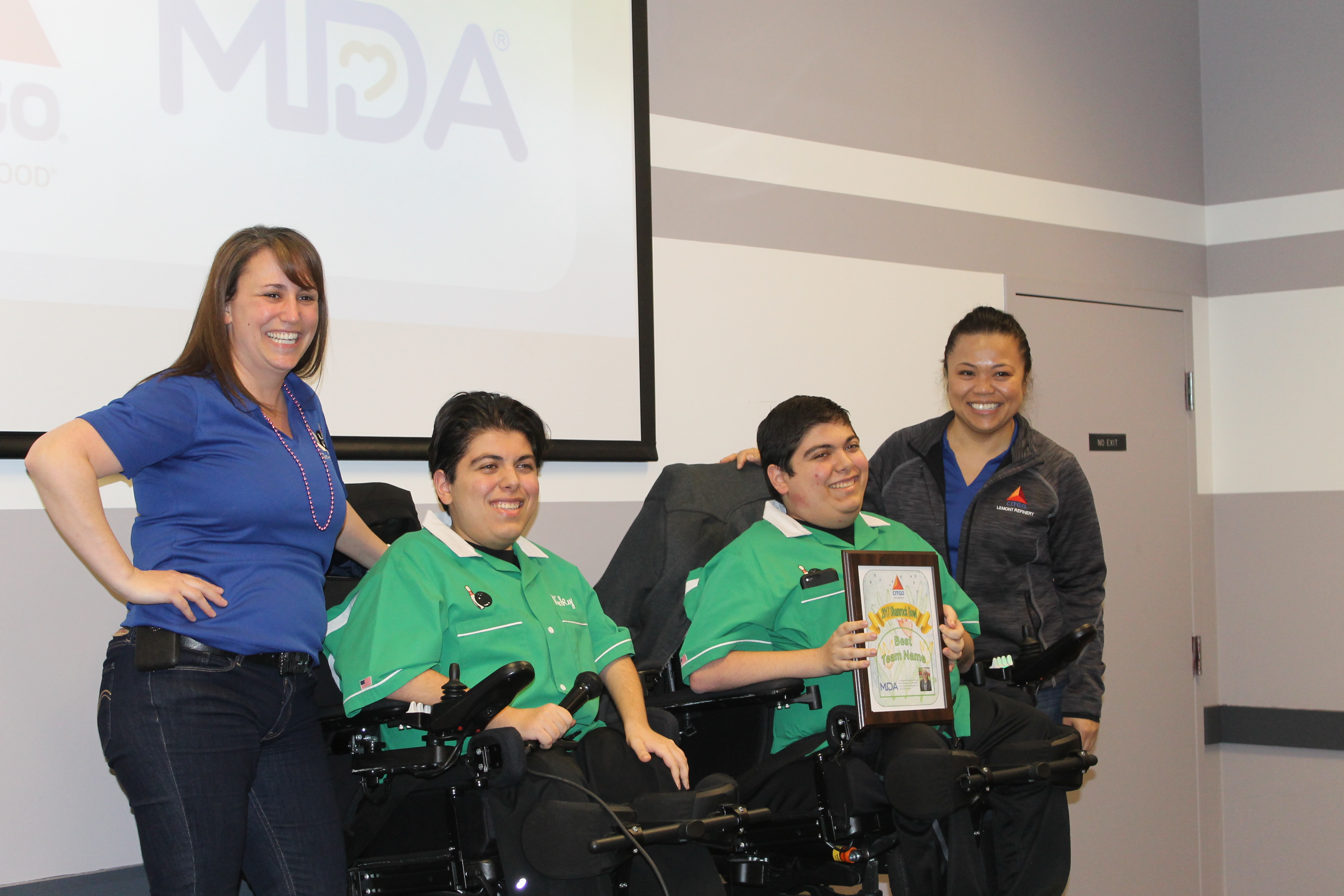