The honor is awarded annually to a college coach who has been engaged vigorously in the Coaches vs. Cancer program’s fundraising, education and promotional initiatives and has demonstrated leadership in the fight to save more lives from cancer.  Lavin, a prostate cancer survivor, received the Champion Award at the 2014 NABC Guardians of the Game Awards Show.

Coaches vs. Cancer is a collaboration between the American Cancer Society® and the National Association of Basketball Coaches (NABC) that empowers coaches, their teams and communities to join the fight against cancer.

For two decades, Lavin has been involved actively with the Coaches vs. Cancer program and has raised significant funds to support the American Cancer Society’s efforts, including more than $1.5 million since 2010. His work has been instrumental in promoting cancer awareness throughout New York City and the surrounding region.

Lavin has served as keynote speaker at several events in such places as New York City, Wisconsin, Iowa and at the 2011 NCAA Final Four in Houston.  Coach Lavin strongly supports Coaches vs. Cancer’s annual Suits And Sneakers™ Awareness Weekend – a nationwide event in which coaches wear sneakers with their game attire to raise awareness about the importance nutrition and physical activity play in reducing personal cancer risk.

Coach Lavin’s family has been touched by cancer throughout the years including his father Albert “Cap” Lavin, who was a 22-year prostate cancer survivor and also overcame skin cancer.  His mother Mary, who joined her son at the 2013 St. John’s Relay For Life for the Survivor’s Lap, is a skin cancer survivor as well.

“The American Cancer Society, in conjunction with the NABC, is pleased to recognize Coach Lavin for his outstanding work with Coaches vs. Cancer,” said Lin Mac Master, American Cancer Society’s revenue, marketing and communications officer. “He is a true leader for the Red Storm and for the Coaches vs. Cancer team, and he demonstrates his commitment to the Society’s lifesaving work with creativity and dedication every chance he gets. Coach Lavin is a wonderful ally as we work together to  save lives by helping people stay well, helping people get well, by finding cures and fighting back.”

Lavin, who recently concluded his fourth year at the St. John’s helm, now boasts an 11-year head coaching record with seven NCAA Tournament appearances, five trips to the NCAA Round of 16 and seven seasons of 21 wins or more. He became the 19th head men's basketball coach in St. John's 100-plus years of storied hardwood tradition on March 30, 2010. Trading in his broadcaster's microphone for the whistle and clipboard once again after seven years as one of college basketball’s premier analysts, Lavin has spent his first three years in the Empire State revitalizing the foremost college basketball program in the city that has called the game its own for more than a century.

Several other national events throughout the year continue to highlight the productive work of Coaches vs. Cancer, including the Coaches’ Huddle and Fight Cancer In Style – an event for coaches’ wives – held April 5 at Neiman Marcus during the upcoming Final Four weekend; the Coaches vs. Cancer Golf Invitational, June 8-9 at TPC Sawgrass in Ponte Vedra Beach, FL; and the Coaches vs. Cancer Classic Basketball Tournament is Nov. 21-22 at Barclays Stadium in Brooklyn, NY.

About the American Cancer Society

The American Cancer Society is a global grassroots force of more than 3 million volunteers saving lives and fighting for every birthday threatened by every cancer in every community. As the largest voluntary health organization, the Society's efforts have contributed to a 20 percent decline in cancer death rates in the U.S. since 1991, and a 50 percent drop in smoking rates. Thanks in part to our progress, nearly 14 million Americans who have had cancer and countless more who have avoided it will celebrate more birthdays this year. We're finding cures as the nation’s  largest private, not-for-profit investor in cancer research, ensuring people facing cancer have the help they need and continuing the fight for access to quality health care, lifesaving screenings, clean air, and more. For more information, to get help or to join the fight, call us anytime, day or night, at 1-800-227-2345 or visit www.cancer.org/fight 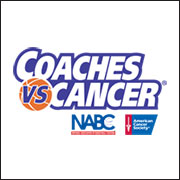