TRUMBULL, CT, May 14, 2014 /3BL Media/ - Partnering with the Muscular Dystrophy Association (MDA) in the fight against neuromuscular disease since 2003, local CITGO Marketer Consumers Petroleum and its Wheels convenience stores raised nearly $34,000 for MDA in its annual shamrock mobile campaign. During the six-week promotion, Wheels locations and independent dealers across Connecticut, including 11 CITGO-branded locations, encouraged customers to purchase paper shamrock mobiles. All of the proceeds from the shamrock sales went to MDA to support programs and services in Connecticut.

“In the final stretch of the campaign, our generous neighbors donated roughly $6,000 in 24 hours on our annual MDA Gold Rush Day,” said President of Consumers Petroleum Christine Hogan. “Thanks to the dedication and enthusiasm of managers, employees and customers, we hit our goal early on and kept up the momentum to provide even more support for the services that MDA offers across Connecticut to families living with neuromuscular disease.”

Consumers Petroleum set goals for its locations based on store volume during the campaign, which ran in February and March. For lower volume stores, the company instituted a fundraising goal of $800, enough to send one child to MDA’s summer camp in Hebron, Conn. High-volume Wheels stores were encouraged to raise closer to $2,000, which could send two children to MDA camp and help fund local clinics at the Hospital for Special Care in New Britain, Conn.

Founded in 1936, Consumers Petroleum is a third-generation family-owned and operated gasoline distributorship that sells branded gasoline to customers in Connecticut, New York, Massachusetts and Rhode Island. The company prides itself on unmatched customer service and quality product assurance.

As MDA’s largest corporate sponsor, CITGO has raised more than $160 million since 1986 to help provide health care services for MDA families nationwide and to rally local communities to raise awareness and help find treatments and cures for neuromuscular disease. This includes donations from its network of Marketers and Retailers, including Consumers Petroleum, which has raised more than $900,000 to support MDA's programs and services over the last 11 years.

CITGO is committed to giving back to the local communities it serves through its network of locally owned CITGO locations. Local CITGO Marketers, such as Consumers Petroleum, own and operate nearly 175 locations in Conn. and are proud to support their neighborhoods and local organizations.

Based in Houston, CITGO is a refiner, transporter and marketer of transportation fuels, lubricants, petrochemicals and other industrial products. The company is owned by PDV America, Inc., an indirect wholly owned subsidiary of Petróleos de Venezuela, S.A., the national oil company of the Bolivarian Republic of Venezuela. For more information, visit www.CITGO.com. 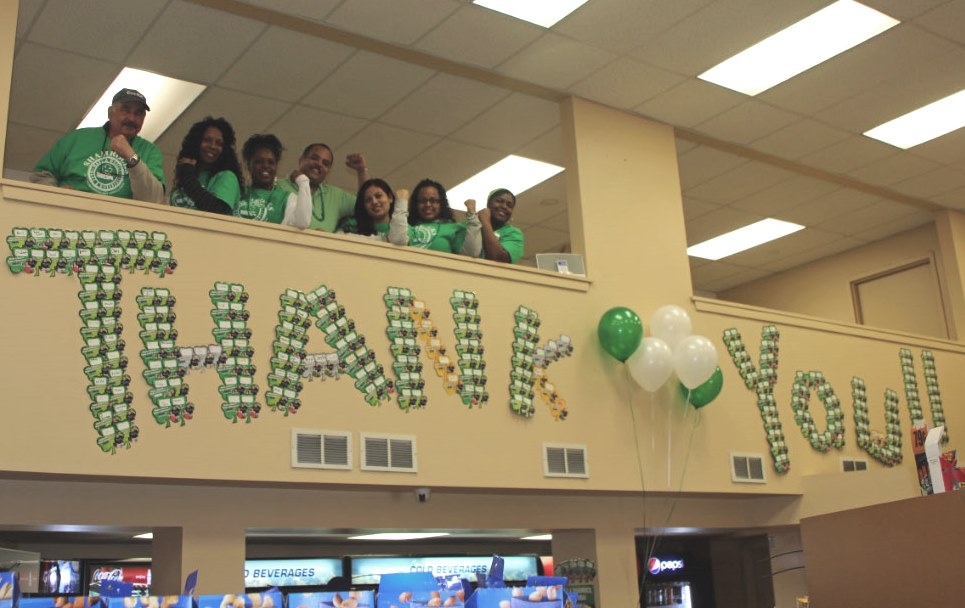