Give Your Garbage Another Life On Earth Day (April 22)

STAMFORD, Conn., April 17, 2014 /3BL Media/ – Keep America Beautiful and the Ad Council announced today the launch of two new Spanish-language television PSAs and a series of infographics charting the journey of recyclable materials. This launch is a dynamic extension of the groundbreaking “I Want To Be Recycled” multimedia campaign and another national call-to-action to give garbage another life and recycle.

The average American produces about 4.4 pounds of trash a day, which totals to more than 250 million tons of trash a year generated in the U.S. However, only 34.5 percent is currently recycled, according to the Environmental Protection Agency (EPA).

The “I Want To Be Recycled” campaign aims to motivate Americans to recycle every day. Created by San Francisco-based ad agency Pereira & O’Dell, the Spanish-language TV PSAs and new infographics illustrate that recyclable materials can be given another life if someone chooses to recycle.

Each of the five infographics in the series chart the step-by-step journey a recyclable material—aluminum can, cereal box,  glass bottle, shampoo bottle and steel food can—takes from the recycling bin to becoming a new, useable product.

The English-language campaign directs audiences to IWantToBeRecycled.org, while the new Spanish PSAs drive to Quieroserreciclado.org.  Here, Americans can find information about recycling, including a localized search tool showing their nearby recycling locations either at their curbside or their nearest recycling center. Users can also follow the campaign on Facebook, Twitter, YouTube or Tumblr to share their own stories and receive inspirational and educational content about recycling.

“Recycling is participatory environmentalism,” said Jennifer M. Jehn, president and CEO of Keep America Beautiful. “Individuals identify the simple act of recycling as one of their most immediate contributions to keeping America beautiful.”

On Earth Day and throughout the spring, Keep America Beautiful and its national network of community-based affiliates are organizing Great American Cleanup volunteer events.  These events taking place across the country bring individuals together to improve their communities as well as provide experiential education programs to inspire future generations of environmental stewards.  In addition to increasing recycling, the volunteer events and education programs are designed to beautify parks, trails and recreation areas; clean shorelines and waterways; reduce waste; remove litter and debris; and, plant trees and build community gardens among other activities. To find more information or an event near you, visit here.

“Every American can play a part in increasing our recycling rates nationwide and creating a more sustainable environment,” said Peggy Conlon, president and CEO of the Ad Council. “Together with our longstanding partner, Keep America Beautiful, we will continue to provide the tools, information, and inspiration to help convert the ‘occasional’ recycler to a ‘consistent’ recycler.”

The Ad Council and Keep America Beautiful first partnered more than four decades ago in 1971, creating the iconic Iron Eyes Cody, “The Crying Indian,” PSA. Launching on Earth Day in 1971, the ad emphasized the personal responsibility each American has to help protect the environment.

The “I Want To Be Recycled” campaign was launched by Keep America Beautiful and Ad Council in July 2013 with a series of television, radio, outdoor and digital PSAs. Since the launch of the campaign, nearly $25 million in donated media has been received. Following the Ad Council’s model, the new Spanish-language PSAs will be made available to Spanish stations nationwide and will run in time and space entirely donated by the media.

About Keep America Beautiful
Keep America Beautiful is the nation’s leading nonprofit that brings people together to build and sustain vibrant communities. With our national network of community-based affiliates, we work with millions of volunteers who take action in their communities to transform public spaces into beautiful places. Through our programs and public-private partnerships, we engage individuals to take greater responsibility for improving their community’s environment. For more information, visit kab.org, follow @kabtweet on Twitter and like us on Facebook.

About Ad Council
The Ad Council is a private, non-profit organization with a rich history of marshaling volunteer talent from the advertising and media industries to deliver critical messages to the American public. Having produced literally thousands of PSA campaigns addressing the most pressing social issues of the day, the Ad Council has affected, and continues to affect, tremendous positive change by raising awareness, inspiring action and saving lives. To learn more about the Ad Council and its campaigns, visit Adcouncil.org, like us on Facebook, follow us on Twitter or view our PSAs on YouTube. 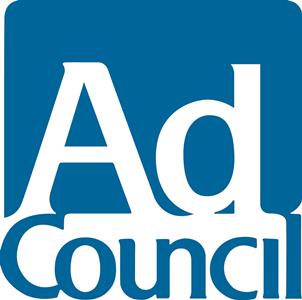