ROCHESTER, N.Y., July 15, 2016 /3BL Media/ - While some may think the sun doesn’t shine very much in Upstate New York, promoters of solar energy know differently.  General Motors added a 466-kilowatt solar array at its Rochester Operations plant on Lexington Avenue to leverage the sun’s energy to help power the plant. The plant showcased the array at an event with community leaders, public officials, employees and the media on Friday, July 15.

“At 466 kilowatts, this array will generate approximately 570,420 kilowatt hours of energy annually said GM Global Manager of Renewable Energy, Rob Threlkeld. “To put that into context, that same amount of energy could power nearly 57 single family homes in New York State for a year.”

General Motors leads the automotive industry in solar energy use in the United States, according to the Solar Means Business report released by the Solar Energy Industries Association.

Sustainability is a part of every employee’s job at GM, and many practice environmental stewardship at home, too. Rochester Operations Sr. Environmental Project Engineer Cynette Cavaliere, who not only works on improving the environment at work, but also lives what she preaches at home.

“It’s great the GM Rochester plant is able to use the extra parking lot to provide renewable energy for the plant. I have 18 solar panels on my house to charge my Chevrolet Volt, so the scale of our new solar farm impresses me. It would be able to provide energy for over 1000 electric vehicles a year!”

“At GM, our commitment to the environment applies to every part of our business – from improving the efficiency of the vehicles we put on the road, to the way the components that go into them are manufactured,” said Threlkeld. “Using renewable energy is one way we reduce our environmental footprint.”

Together with a team of contractors including Meridian Solar and Sustainable Energy Development, Inc., GM was able to install the solar array in less than six months. The New York State Energy Research and Development Authority also supported the funding and development of the array.

GM has 22 solar arrays around the world, 16 of which are in the U.S. Together, these solar panels would equal the size of 130 American football fields.

GM has committed to promoting the use of 125 megawatts of renewable energy by 2020, and will exceed that goal later this year.

“This has been an exciting project for the plant and comes along with other environmental improvements we’ve made, like recycling almost 3000 tons of material in 2015 and being landfill-free since 2013, and earning the ENERGY STAR Challenge for Industry by reducing energy intensity throughout our operations by 30 percent in less than five years,” said Plant Manager Neal Evans.

During the event, the plant presented grants totaling $20,000 on behalf of the GM Foundation to United Way of Greater Rochester ($10,000), School of Holy Childhood ($5,000) and Junior Achievement ($5,000). In addition to these grants, GM Rochester Operations has raised over $250,000 for community projects through a variety of fundraising efforts and employee donations.

The GM Community Grants program will provide nearly $2 million in funding to hundreds of organizations in 47 communities where GM employees live and work. Through these community grants, GM is building stronger communities and enriching the lives of its neighbors.

About General Motors
General Motors Co. (NYSE:GM, TSX: GMM) and its partners produce vehicles in 30 countries, and the company has leadership positions in the world's largest and fastest-growing automotive markets.  GM’s brands include Chevrolet and Cadillac, as well as Baojun, Buick, GMC, Holden, Isuzu, Jiefang, Opel, Vauxhall and Wuling. More information on the company and its subsidiaries, including OnStar, a global leader in vehicle safety, security and information services, can be found at http://www.gm.com. 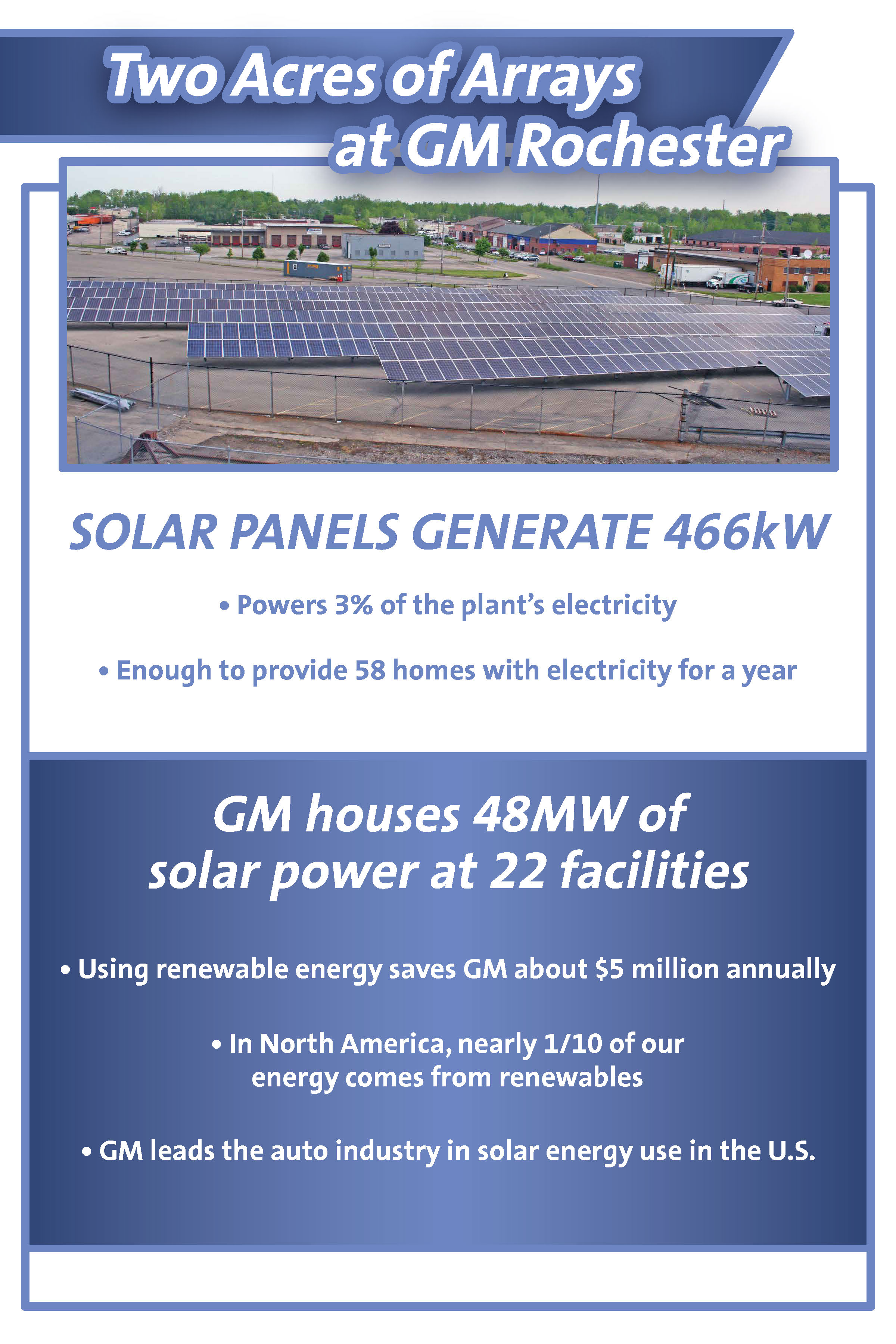