BLUE SPRINGS, Miss., July 7, 2014 /3BL Media/ – A pavilion, a play structure and a community garden are just some of the features that are included in the plans for the Toyota-Blue Springs Water Garden and Education Park. Sean Suggs, vice president of administration for Toyota Mississippi, and Rita Gentry, mayor of Blue Springs, unveiled the park design today at a ceremony in downtown Blue Springs. “We thank the community of Blue Springs for the warm welcome shown to our team members and are pleased to give the town something in return,” remarked Mr. Suggs. He added that the park would have something that appealed to all ages. Material and labor donated for park construction are valued at approximately $100,000. Toyota Mississippi will finance the park, which will be built by Toyota team members and members of the Blue Springs community. Local suppliers B&B Concrete Co., Inc., and MMC Materials will donate concrete for the pavilion area and for a side walk that will encircle the park to provide a walking path for patrons. “We are honored that Toyota asked us to partner with them on such a meaningful initiative,” said Mark Jarrett, B & B Concrete Co., Inc., sales manager. “We are happy to support a project that will have a tremendous impact on the Town of Blue Springs and improve residents’ overall quality of life.” The all-new community park will showcase two features supporting Toyota’s sustainability and conservation education philosophy.

“We could not have asked for a better corporate and community partner and we are thrilled to work with Toyota on this project,” stated Mayor Gentry. “This park will serve as a symbol of the wonderful relationship we share with Toyota and will be a safe community space that all our residents can enjoy. We have bright future together.” Park construction will be completed Sept. 20, 2014, as part of Toyota’s National Public Lands Day volunteer event. Between 200 and 800 Toyota Mississippi volunteers participate in National Public Lands Day annually, the highest number of volunteers from any Toyota plant in the country. Suggs added, “I am privileged to work alongside our team members who share Toyota’s commitment to our planet and to the communities where they live, work and serve.” Toyota Mississippi is committed to not only building the best cars in the world, but also to building better communities. Chosen by Toyota Motor Corporation in 2008 to be the most sustainable plant in the region, Toyota Mississippi focuses on four key environmental areas: 1. Performance2. Biodiversity3. Renewable Energy4. Education Early this year, Toyota was recognized with its tenth consecutive ENERGY STAR Partner of the Year - Sustained Excellence Award from the U.S. Environmental Protection Agency for continued leadership in protecting the environment through superior energy efficiency. In 2013, Toyota Mississippi earned the Plant Award for being in the top 25 percent most efficient vehicle assembly plants during its first full year of vehicle production. Toyota Motor Manufacturing, Mississippi, Inc., (TMMMS) in Blue Springs produces the Toyota Corolla and employs 2,000 team members. The plant represents an investment of over $870 million and has the annual capacity to produce 170,000 Corollas. To date, Toyota Mississippi has contributed over $1. 5 million and over 10,000 volunteer hours to local community organizations.

###
About Toyota Toyota (NYSE:TM), the world's top automaker and creator of the Prius, is committed to building vehicles for the way people live through our Toyota, Lexus and Scion brands.  Over the past 50 years, we’ve built more than 25 million cars and trucks in North America, where we operate 14 manufacturing plants (10 in the U.S.) and directly employ more than 40,000 people (more than 32,000 in the U.S.).  Our 1,800 North American dealerships (1,500 in the U.S.) sold more than 2.5 million cars and trucks (more than 2.2 million in the U.S.) in 2013 – and about 80 percent of all Toyota vehicles sold over the past 20 years are still on the road today. 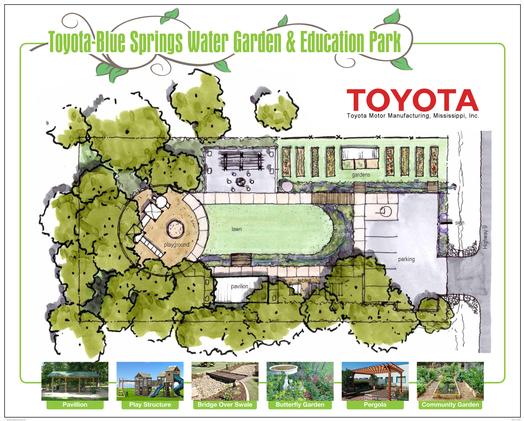