The story made national news as stranded orphaned dogs and cats (from Save A Pet on Long Island and from New Jersey shelters rescued by Delaware County SPCA) were flown across the country to Helen Woodward Animal Center in Rancho Santa Fe on November 17th.  The East Coast shelter pets had been waiting for forever homes when the storm hit and left their facilities uninhabitable.   With remaining East Coast shelters reaching full-capacity and unable to provide resources for all of the homeless pets in need, Helen Woodward Animal Center hoped to take them in but lacked the resources to transport the orphan pets to the West Coast.  The missing link arrived in an impressive 48-hour turn-around with a chartered plane coordinated by Center friend, John Reilly, President of Sea World San Diego, and donated by the generous leadership at Southwest Airlines.  BP who provides Southwest’s fuel donated nearly 5,000 gallons of fuel to the life-saving flight, as well.  The Southwest aircraft was staffed with an animal-loving crew of pilots and flight attendants, each of whom donated their time and hearts to the homeless dogs and cats.

Linda Rutherford, Southwest Airlines Vice President of Communication and Strategic Outreach credited the entire team with the emotional rescue.  “Helping these animals find their forever homes and making room for the many animals displaced by the Hurricane is something we were happy to do, but wouldn’t have been possible without the generous spirit of our Employees and partners.”

Since that time, a unique bond has developed between both organizations.  Local Southwest Employees have remained devoted to the cause of finding homes for orphan pets, donating manpower and countless hours to multiple Helen Woodward Animal Center fundraisers such as the Puppy Love 5K Run/Walk and the annual Spring Fling Gala.  Now on a first-name basis with many of the Southwest team volunteers, Center staff has been moved and impressed by their consistent dedication.

The Humane Award is presented annually by Helen Woodward Animal Center President, Mike Arms, to a person or entity that has made a significant positive impact on the animal welfare world – devoting their time, energy, and resources to improving the quality of life for orphaned animals.  Past recipients include Kristen Bell, Diane Keaton, Betty White, Tippi Hedren, and Linda Blair.  This year’s presentation is a very personal one for those who were there to see the homeless pets carried off the aircraft in the arms of Southwest Employees and ultimately delivered into the arms of forever families.

“We are honored to be included in this employee recognition event,” stated Center Vice President of Development Renee Resko.  “It’s an incredible group of people and we feel privileged to honor the individuals who made this rescue possible.”

For more information on Helen Woodward Animal Center or the Hurricane Sandy rescues, please contact PR Manager Jessica Gercke at (858) 756-4117 x 335 or log on to www.animalcenter.org.  You may also stop by in person at 6461 El Apajo Road in Rancho Santa Fe.

Helen Woodward Animal Center is a private, non-profit organization where “people help animals and animals help people.” Founded in 1972 in Rancho Santa Fe, Calif., the Center provides services for more than 57,000 people and thousands of animals annually through adoptions, educational and therapeutic programs both onsite and throughout the community. Helen Woodward Animal Center is also the creator of the international Home 4 the Holidays pet adoption drive and the Animal Center Education Services program, teaching the business of saving lives to animal welfare leaders from around the world. 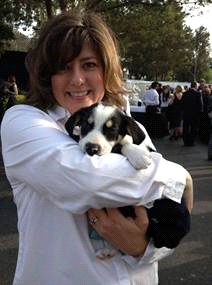 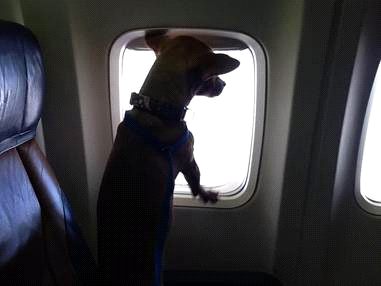 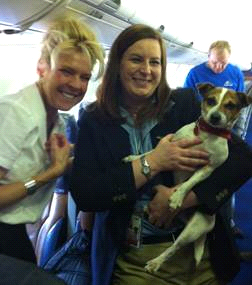