The Skoll Center for Social Impact Entertainment at UCLA TFT is the first of its kind dedicated solely to advancing the power of entertainment and performing arts to inspire social change. The work of the Center will be organized around three pillars: research on a global scale that provides a structure to measure the influence of social impact storytelling; education and special initiatives that will not only enhance and complement the educational experience by exploring innovative approaches to curricular development for the emerging field of social impact entertainment, but also provide students and faculty with workshops, lectures, distinguished visiting artists programs and unique opportunities to focus their scholarly and creative work in this arena; and public programming and exhibition to ignite and engage the public in meaningful debate around society’s most pressing problems and the important role entertainment and performing arts plays in this conversation.

“I founded Participant Media in the belief that a story well-told has the power to ignite positive social change,” said Skoll. “This new center at UCLA TFT is an extension of that vision, with the goal of empowering a new generation, and elevating storytelling as a tool to create impact and empower people to connect to the social issues which can have a profound impact on our world.”

“The new Skoll Center for Social Impact Entertainment at UCLA School of Theater, Film and Television builds on UCLA’s longstanding commitment to scholarship and programming that not only enlightens and inspires but also leads by addressing some of the world’s most challenging problems,” Chancellor Gene Block said. “This partnership between the UCLA School of Theater, Film and Television and Jeff Skoll reflects a shared worldview of being impactful and expands a relationship that is already benefiting students.”

UCLA TFT’s Dean Teri Schwartz added, “We could not be more honored or proud to partner with our good friend, Jeff Skoll, to establish this groundbreaking new Center.  The Center speaks volumes to Jeff’s remarkable vision, generosity and commitment to making the world a better place.  At the UCLA School of Theater, Film and Television, our landmark new vision asks us to re-imagine entertainment and performing arts education as an interdisciplinary enterprise grounded in humanistic storytelling, social responsibility, global diversity and technology and innovation.  The Skoll Center for Social Impact Entertainment is an exciting extension of our School’s vision and leadership for a new kind of entertainment and performing arts education that prepares our students to meet the demands of a rapidly changing global industry not only with new skill sets, artistry and real-world knowledge, but with and an eye towards using the power of story and research to inspire and galvanize social change.”

Participant Media announced the launch of a new annual global convening in association with the Center and UCLA School of Theater, Film and Television, beginning in 2015, which will bring together leaders from the creative community, government, academic, business and non-profit sectors, with a focus on using storytelling as a tool to reach a mass audience, inspire interest, empower change and create impact.

Skoll added, “A key goal of the Center is to bring together groups that don’t often connect around the topic of storytelling, serving as a hub for foundations, social entrepreneurs, non-profits, philanthropists, corporations, and the creative community, who need a resource to create new ways to connect and tell stories.”

In addition to Participant Media, Skoll is the Founder and Chairman of The Skoll Foundation, created to drive large scale change by investing in, connecting and celebrating social entrepreneurs and the innovators who help them solve the world’s most pressing problems. He is also the founder of the Skoll Global Threats Fund, with a mission to confront global threats imperiling humanity by seeking solutions, strengthening alliances, and spurring actions needed to safeguard the future.

The Skoll Center for Social Impact Entertainment is Skoll’s second endowed university program. Ten years ago, he endowed the Skoll Centre for Social Entrepreneurship, at Oxford University’s Saïd Business School, to demonstrate and accelerate the impact of entrepreneurial activity that aims to transform unjust or unsatisfactory systems and practices.

About UCLA School of Theater, Film and Television

The vision of the UCLA School of Theater, Film and Television is to serve as a premier global interdisciplinary professional school that develops outstanding humanistic storytellers, industry leaders and scholars whose diverse, innovative voices enlighten, engage and inspire change for a better world. Consistently ranked as one of the top elite entertainment and performing arts institutions in the world, TFT offers an innovative curriculum that integrates the study and creation of live performance, film, television and the digital arts. Our distinguished graduate and undergraduate programs include acting, directing, writing, producing, animation, cinematography, and lighting design, set design, costume design, sound design, Moving Image Archive Studies, and offers PhDs in Theater and Performance Studies and Cinema & Media Studies. For more information, visit www.tft.ucla.edu.

Participant Media (http://www.ParticipantMedia.com) is a global entertainment company founded in 2004 by Jeff Skoll to focus on feature film, television, publishing and digital content that inspires social change. Participant's more than 60 films include Good Night, and Good Luck, Syriana, An Inconvenient Truth, Food, Inc., Waiting for ‘Superman’, The Help, Contagion and Lincoln. Participant launches campaigns that bring together government entities, foundations, schools, and others to raise awareness and drive people to take action on issues from each film or television show. Pivot (http://www.pivot.tv/), the company’s television network, is available in 45 million homes, with a diverse slate of talent and a mix of original series, acquired programming, films and documentaries. TakePart (http://www.TakePart.com) is Participant’s digital news and lifestyle magazine and social action platform for the conscious consumer. Through its films, social action campaigns, digital network, and its television network, Participant seeks to entertain, encourage and empower every individual to take action. 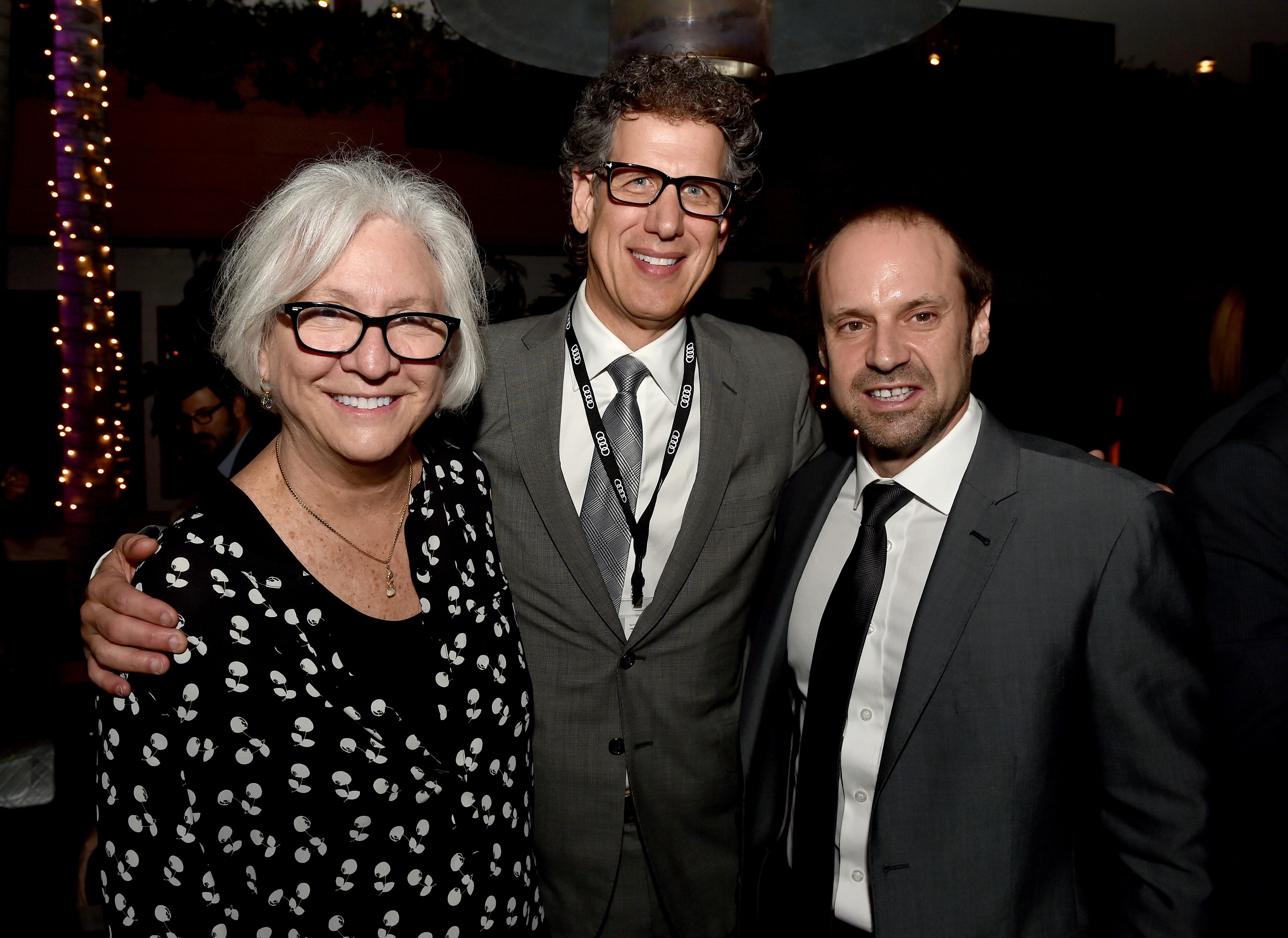