NEW YORK, April 18, 2017 /3BL Media/ – The Major League Baseball Players Association (MLBPA) today announced that it will make the bridge from players to fans even shorter to cross, by debuting the new Infield Chatter mobile social community. The first-of-its-kind platform seeks to become the dedicated mobile destination for players and their passionate fans, with more than 1,000 players already on board as registered users.

“Every player understands how important it is to connect with the fans,” said Kris Bryant, Chicago Cubs All-Star and reigning National League MVP. “They’re the main reason this game is so special. The fact that Infield Chatter was built with this interaction in mind as the top priority really helps us share and connect in ways that we haven’t been able to anywhere else.”

Infield Chatter was created at the request of the players themselves. They were looking for a more meaningful way to directly connect with their fans – in the fun and entertaining environment that baseball players have always fostered. Major leaguers, who come from around the world – with differing interests, perspectives and insights – will now be able to engage with fans on any number of subjects – about baseball or not, all from the palm of their hand.

On a daily basis, players will share unique and vibrant content to their Infield Chatter accounts, including behind-the-scenes photos and videos that offer fans a more in-depth perspective of the players they cheer for 162 games a year. Players will share snippets of who they are away from the ballparks, taking fans inside their everyday lives by sharing interests, hobbies, and personal stories.

MLBPA Executive Director Tony Clark hailed the debut of Infield Chatter as a “groundbreaking moment” in the union’s more than 50 years of advancing the interests of major league players. “As a former player, I know first-hand how essential it is to build an authentic and lasting connection with the fans,” said Clark. “Unlike any other communication tool, Infield Chatter opens up the world of major league baseball’s devoted family of players; we are excited about its potential.”

The launch of Infield Chatter will come with special features designed to connect players and fans in a number of ways, including:

“Players are very excited about this,” said Baltimore Orioles All-Star Adam Jones. “These are real fans on Infield Chatter who are talking about what matters to them. I like being a part of that – and being able to talk about what matters to me. Seeing fans react and get into this is pretty cool.”

“They made it more than just a place to post pictures and videos. I can go on Infield Chatter and talk about music and travel or anything on my mind. It’s great to talk to fans in different ways – and feel like I’m in control of what I want to share,” said St. Louis Cardinals All-Star Yadier Molina.

To help the players enhance the Infield Chatter user-experience, the MLBPA has put together an external partnership team of social media experts and technology leaders who recognize the importance in the platform and its role in the future of social media. Infield Chatter is hosted on the Honeycommb mobile platform, with tools and features unavailable on the most common social channels. Honeycommb also serves as host to Little Monsters, the official social community for global pop star and Honeycommb partner Lady Gaga. Compelling athlete-driven content is the cornerstone of the new MLBPA mobile social community. Lineage Interactive, a leading digital content production company that collaborates with top athletes, musicians and major brands to develop their online identities, will serve as Infield Chatter’s content partner.

“This is a real opportunity for these major league players to change the entire social media landscape,” said Scott Booth, founder of Honeycommb. “Infield Chatter enables players to take ownership of their social identity while simultaneously creating a deeper and more meaningful relationship with their most ardent fans.”

Lineage Interactive CEO, Anthony Rodriguez, added: “In the last 15 years of working with professional athletes, I have never seen a group of players more motivated to produce their own content for fans. In a matter of days, hundreds of major-league players signed up on the app with the genuine intent of communicating and bonding directly with their fans.”

During Infield Chatter’s soft-launch throughout Spring Training and the World Baseball Classic, player reaction – and that of tech partners – was overwhelmingly positive. Former MLB star and current MLBPA Special Assistant, Bobby Bonilla, said: “The power of the players working together to engage with fans can be a game changer and make baseball and the personalities that drive it that much more fun to experience.”

Now available for download through the Apple App Store and Google Play, Infield Chatter is quickly becoming the talk of the 2017 season.

Honeycommb Inc. is an integrated social platform for interest-based influencers and organizations. The platform enables those who have social scale and create the most engaging content to take ownership and control of their social identity. The company gives fans and followers a richer and more meaningful experience without the noise of aggregated platforms such as Facebook, Twitter, and Instagram. 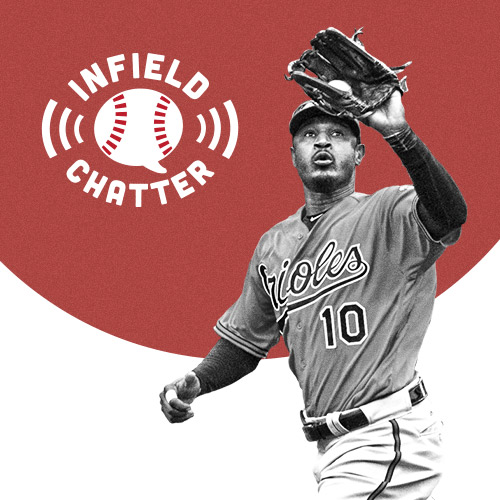 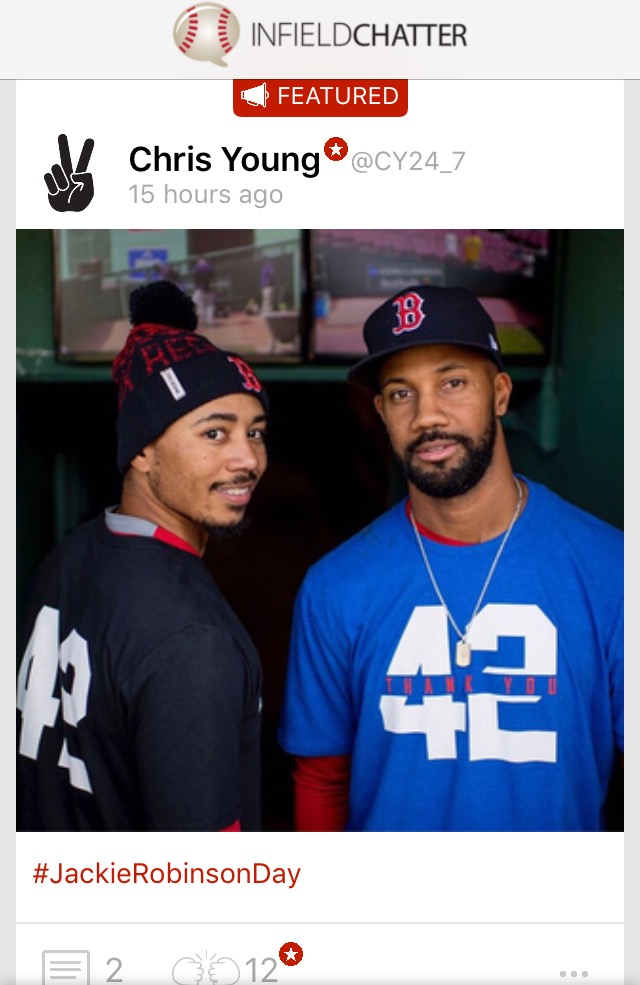 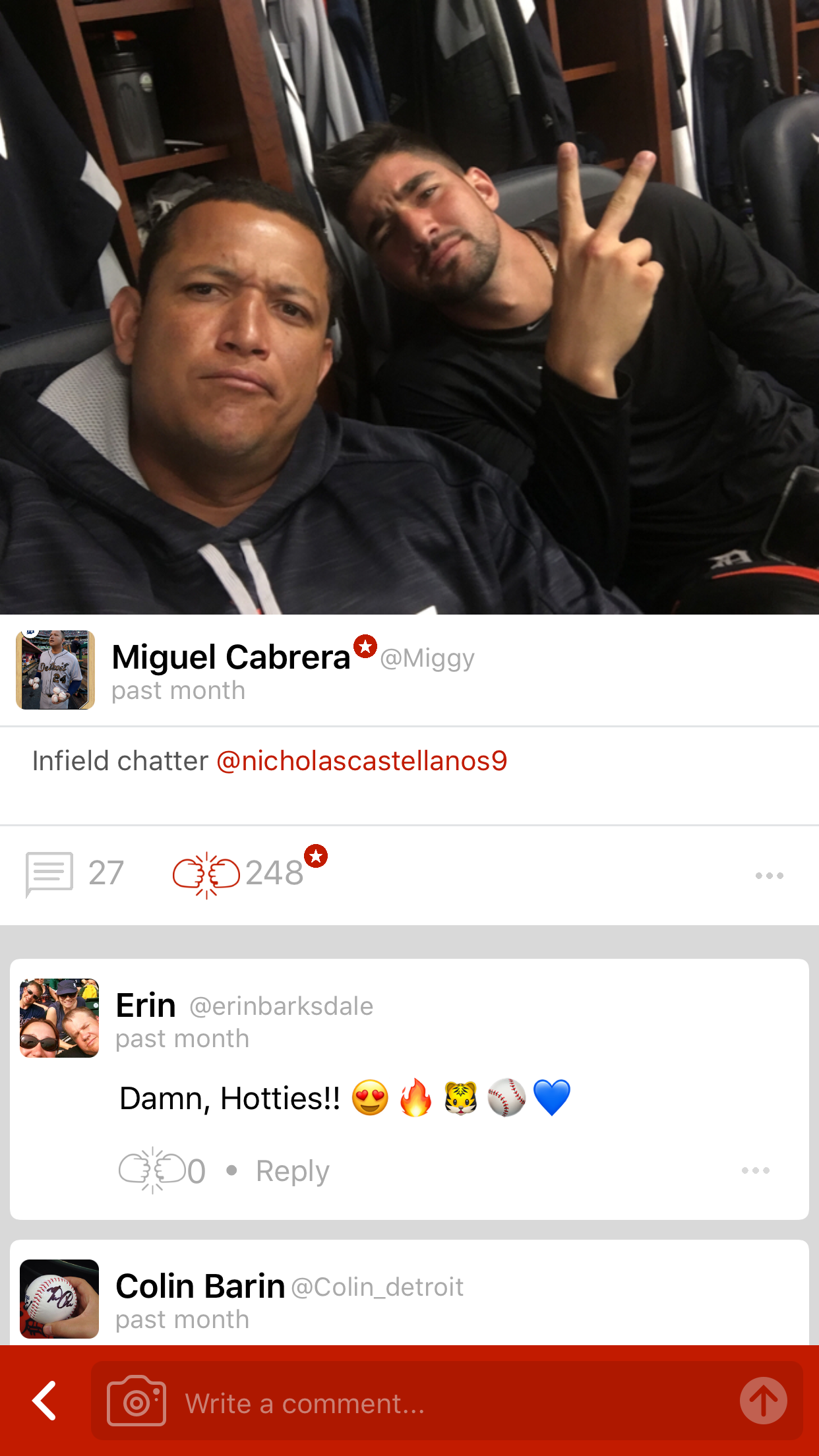 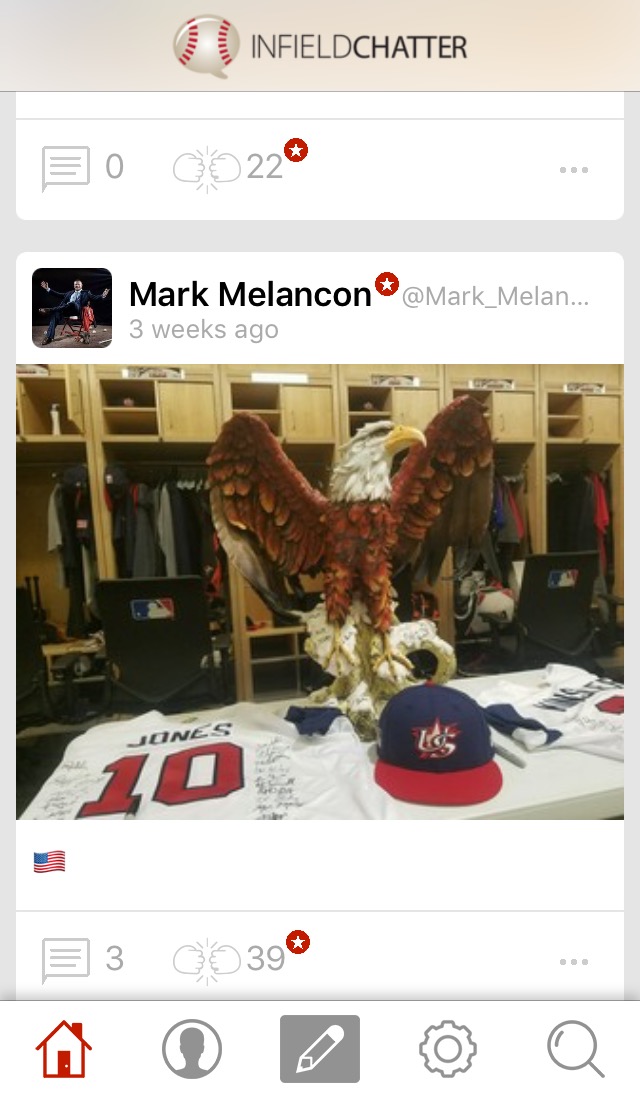