RACHEL BROSNAHAN, ERIN RICHARDS, TAMZIN MERCHANT AND OTHERS WILL ALSO LIVE BELOW THE LINE TO RAISE FUNDS TO HELP END EXTREME POVERTY

NEW YORK, NY, March 12, 2015 /3BL MEDIA/ –  The Major League Baseball Players Trust has signed up to help further the movement to end extreme poverty this spring when it participates in the 4th annual Live Below the Line campaign, a fundraising initiative by The Global Poverty Project that challenges participants to live on $1.50/day for food and drink for 1 - 5 days during the week of April 27 - May 1, 2015.

Live Below the Line is an advocacy and fundraising campaign that shines a light on the issues facing one billion people around the world living in extreme poverty, defined by the World Bank as living on less than $1.50 a day for all their livelihood needs. People living in extreme poverty are faced with difficult and life-affecting decisions, having to choose between a life-saving vaccine, shelter or food.

“While it’s difficult for a professional athlete to consume their needed caloric intake on a $1.50 a day, Major Leaguers are committed to doing their part, through the Players Trust and individual efforts, to help raise awareness for the campaign to end extreme poverty by 2030,” said Players Trust Director, Melissa Persaud.  “It’s an honor for the Players Trust to align with The Global Poverty Project and its supporters for the 2015 Live Below the Line campaign.  Many of us on the Trust and Major League Baseball Players Association staff will take the challenge and we encourage baseball fans everywhere to do the same.”

Between now and the end of the campaign, several active Major League baseball players, as well as supporters and friends of the Players Trust, will take to social media and traditional media to help inspire fans and others to take the Live Below the Line challenge.  From providing micro-loans to women in the Dominican Republic to building homes and schools for natural disaster victims in the Philippines and elsewhere, Major Leaguers, through the Players Trust, are supporting the efforts of nonprofits dedicated to helping impoverished populations around the world.  Those interested in supporting the Players Trust’s Live Below the Line efforts are asked to visit: https://www.livebelowtheline.com/us/partner/mlbpt

Over the past three years in the United States, Live Below the Line has served as a conduit for more than 35,000 participants to educate their family, friends and colleagues about extreme poverty. During this time, more than $11 million was raised for charity partners doing life-affecting work in the development sector. This year, the campaign will benefit more than 20 leading nonprofits doing life-saving work throughout the world, including: the Players Trust, Concern, Heifer International, The Hunger Project, USA for UNHCR, and Opportunity International.

Erin Richards, star of “Gotham” on Fox, said, “I am thrilled to join the Live Below the Line challenge this year. I truly hope our efforts will help lead to a future where no one lives on less than $1.50 a day.”

Hugh Evans, CEO of The Global Poverty Project, said, "Live Below the Line is an incredible opportunity to challenge yourself into understanding how many people around the world live. 2015 will be an historic year for the world’s poor, and it’s my hope that Live Below the Line will continue draw attention to the lack of choice and opportunity faced by the one billion people living in extreme poverty.”

About the Major League Baseball Players Trust
Through the Players Trust, Major Leaguers contribute their time, money and celebrity to call attention to important causes affecting the needy and to help encourage others to get involved in their own communities.  Each year the Players Trust distributes more than $1.5 million in annual grants and programs, and inspires hundreds of thousands of high school students to volunteer in their communities through the Action Team national youth volunteer program.  For additional information, please visit www.PlayersTrust.org and visit the Players Trust channel on YouTube at http://www.youtube.com/user/MLBPlayersTrust.  Follow the Trust on Twitter (@MLBPlayersTrust) and Instagram (mlbplayerstrust).

ABOUT THE GLOBAL POVERTY PROJECT:
The Global Poverty Project is a registered 501(c)(3) international nonprofit organization whose mission is to end extreme poverty by 2030. The advocacy organization works in partnership with other NGOs, business leaders, world leaders and global citizens in its efforts to build the largest movement of people taking actions and calling on governments to support policies that would significantly impact the world’s poor. The Global Poverty Project organizes massive global campaigns including Live Below the Line and the annual Global Citizen Festival as catalysts in this movement. Over the last three years, through its Global Citizen platform, citizens have taken 1.2 million actions taken in the fight against extreme poverty, resulting in 54 commitments and policy announcements, including cash commitments valued at US $16.6 billion. The Global Poverty Project has offices in New York, Canada, UK and Australia. For more information, visit www.GlobalPovertyProject.org. 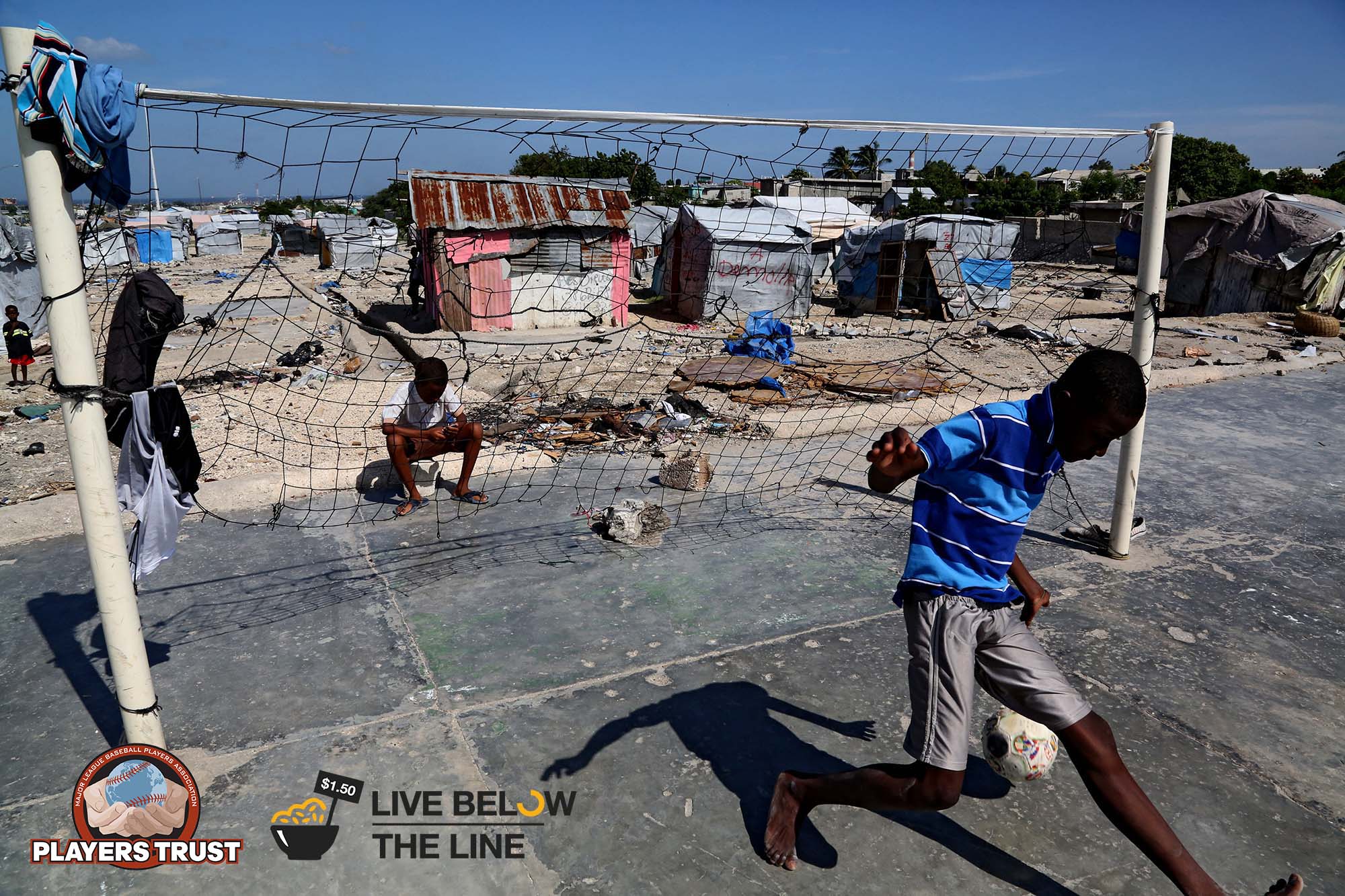