NEW YORK, April 11, 2016 /3BL Media/ - Major League baseball players will award $2,000 college scholarships to 20 outstanding high school students in recognition of their dedication to community service and tireless efforts to encourage others to get involved with causes they believe in, it was announced today by the Major League Baseball Players Trust.  Each scholarship recipient is a member of the Action Team® national youth volunteer program created and administered by the Major League Baseball Players Trust and Volunteers of America.

Announced to coincide with National Volunteer Week (April 10-16), the scholarship awards are based on the volunteer activities, academic achievements and leadership skills of high school students serving as Action Team Captains – those students responsible for planning and organizing Action Team-related volunteer activities and encouraging their peers to heed the call to get involved.  This school-year, Major Leaguers and more than 500 Action Team Captains in 100  high schools across the country are working together to inspire and train the next generation of volunteers – while helping their neighbors in need. This is the ninth straight year the Players Trust has awarded college scholarships to recognize the efforts of Action Team Captains.

Each scholarship application was reviewed by a committee comprised of representatives of the Major League Baseball Players Trust and Volunteers of America, and included Major Leaguers Mark Melancon of the Pittsburgh Pirates, Craig Stammen of the Cleveland Indians, and Eric Young, Jr. of the Milwaukee Brewers.

“On behalf of all Major League baseball players and our partners, Volunteers of America, the Players Trust is honored to take this opportunity during Volunteer Week to recognize the outstanding commitment and passion for helping others that Action Team Captains nationwide demonstrate on a daily basis,” stated Melissa Persaud, director of the Players Trust.  “Also, it is with great pride that today we announce the winners of our 2016 Action Team scholarships.  The scholarship winners represent the best of the best, and each year the process of selecting them gets increasingly more difficult as their level of community service becomes more impressive and inspiring.  I also want to thank Mark Melancon, Craig Stammen, and Eric Young, Jr. for their ongoing support of the Action Team, including their efforts to help us select our scholarship winners.”

Since its launch in 2003, Action Teams of high school students and Major Leaguers have inspired more than 82,000 high school students to serve over 250,000 people in need.  There are Action Teams in 30 states, including Alaska and Hawaii, and at various times during the school year the Action Team Captains participate in conference calls hosted by legendary broadcaster George Grande that feature a Major Leaguer and an “Action Team High School of the Month.”

Action Team Captains receive free posters and T-shirts to help support their efforts.  They are also invited to attend regional Action Team training sessions at the beginning of the school year and, in recognition of their efforts and accomplishments, they receive free tickets to Major League baseball games and certificates of achievement signed by Major Leaguers near the end of the school year.

Action Team applications and additional information can be received by visiting www.ActionTeam.org or by sending a request to ActionTeam@mlbpa.org.

Receiving scholarships from the Major League Baseball Players Trust are:

Through the Players Trust, Major Leaguers contribute their time, money and celebrity to call attention to important causes affecting the needy and to help encourage others to get involved in their own communities. In partnership with Volunteers of America, the national human service organization, the Players Trust created and helps administer the Action Team, a national youth volunteer program currently training and inspiring the next generation of volunteers in cities throughout the United States.  For more information on the Major League Baseball Players Trust, please visit www.PlayersTrust.org 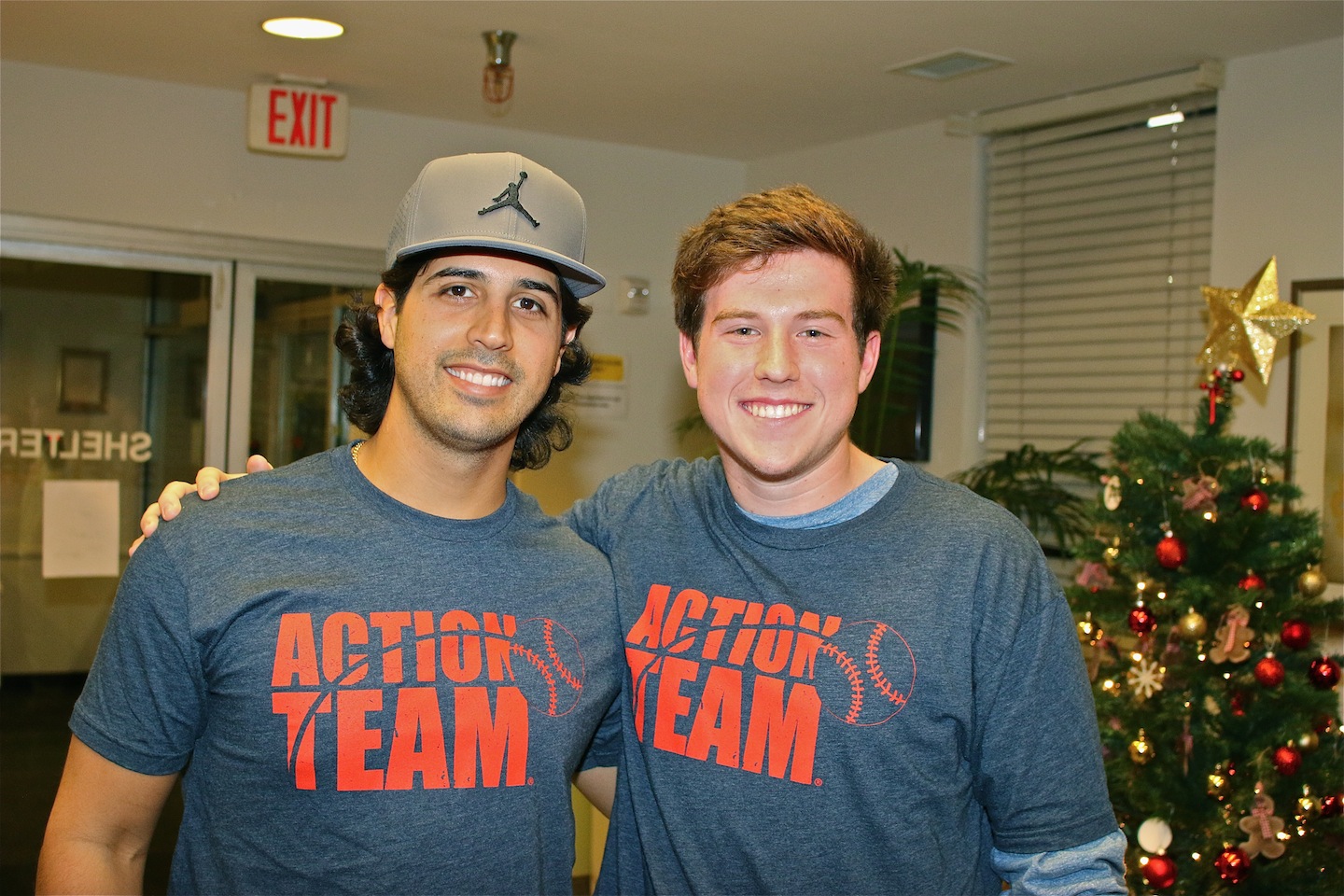