Mars France Ranked Among The Country’s Best Workplaces of 2014

France has now joined the ranks of 20 other Mars businesses named as a Great Place to Work over the past year
May 21, 2014 11:30 AM ET
Tweet This:
Mars France recognized as one of the top "Best Workplaces in France" by the Great Place to Work Institute: http://tinyurl.com/lk5qgjn
Press Release

May 21, 2014 /3BL Media/ - Mars France has been recognized by Great Place to Work as number two in the Best Workplaces category for companies with over 500 employees. The award, given by the Great Place to Work® Institute, is based on the largest annual set of workplace culture studies in the world.

This is the fourth time Mars has been included in the ranking for the Great Place to Work® survey, consistently making progress year-on-year. Mars France came fourth in 2011 and third in 2012 and 2013. This year’s Great Place to Work survey focused on four Mars France segments: Petcare, Food, Chocolate and Mars Global Services. Next year, the survey will also include Wrigley, Royal Canin and Drinks. 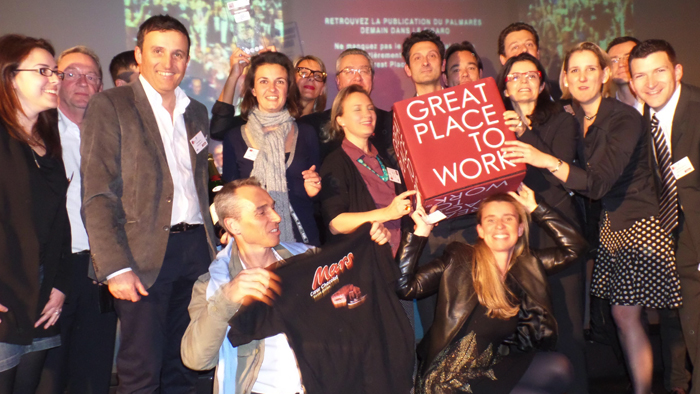