EXPANDING
Here’s a look at the newest Maven urban markets:

Chicago: The Maven City car sharing program is now in operation, with pricing starting at $8 an hour including insurance and fuel. Registered customers use the Maven app to reserve one of 30 vehicles at more than 15 sites throughout the city.

When Maven City members reserve their choice of available Chevrolet, Cadillac and Buick vehicles, they have the convenient and unique option of having the vehicle hand-delivered to them. Maven has partnered with ZIRX to power the experience.

Washington, D.C.: Maven+ car sharing will be available to residents of the Hepburn, a 195-unit luxury apartment community opening next month on the grounds of the Washington Hilton, located in the city’s exclusive Kalorama neighborhood. The Hepburn was developed by Lowe Enterprises and will be managed by Bozzuto Management, which will partner with Maven to provide car sharing services to residents.

Maven City – open to all qualifying D.C. residents – will launch by the end of June.

Boston: Maven+ and Maven City are coming to Boston this summer.

There are now more than 50 Maven team members working globally as the brand continues to attract top talent from the car sharing, ride sharing and connected car industries, as well as some of the best minds from within GM.

QUOTING
“Whether it’s driving to land the perfect job, meeting friends for a fun weekend or exploring the city, Maven enables our members to access transportation how they want it, when they want it,” said Julia Steyn, GM vice president of urban mobility and Maven. “As we continue to expand into key cities, more customers will see how Maven can provide next-gen freedom by seamlessly connecting them with people and places that matter.”

BACKGROUNDING
Maven is different from other car sharing services in the market because of its seamless smartphone integration technology that personalizes the entire experience. Customers bring their digital lives into the vehicle, with contacts, favorites, maps, Apple CarPlay, Android Auto, OnStar, SiriusXM radio and 4G LTE wireless connectivity.

Maven pricing is simple and transparent, and includes insurance and fuel. A gas card is provided, and users are asked to return the vehicle with at least a quarter-tank of fuel to avoid an additional charge.

Learn more about Maven at MavenDrive.com. Connect with us on Twitter: @DriveMaven. 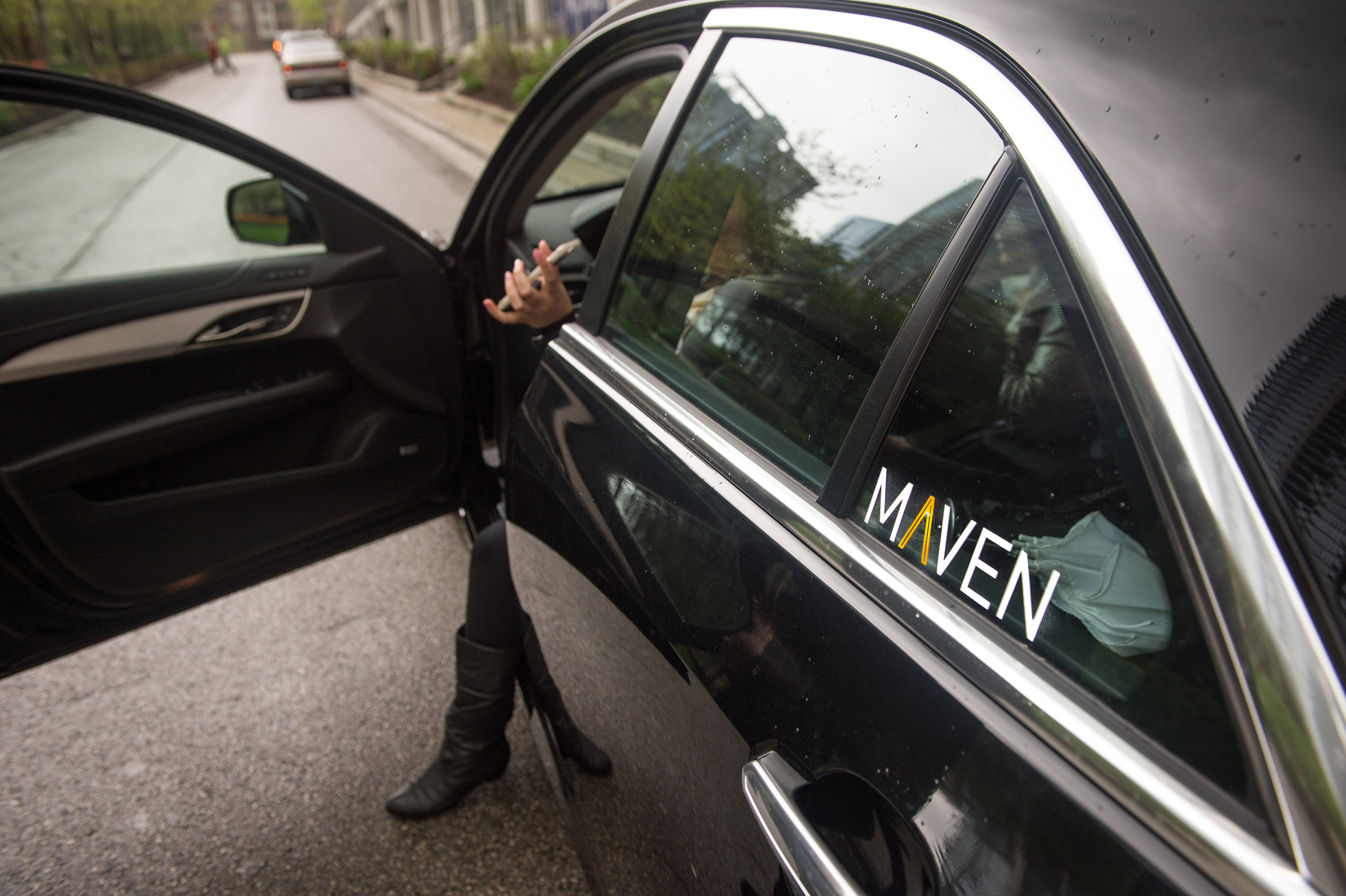 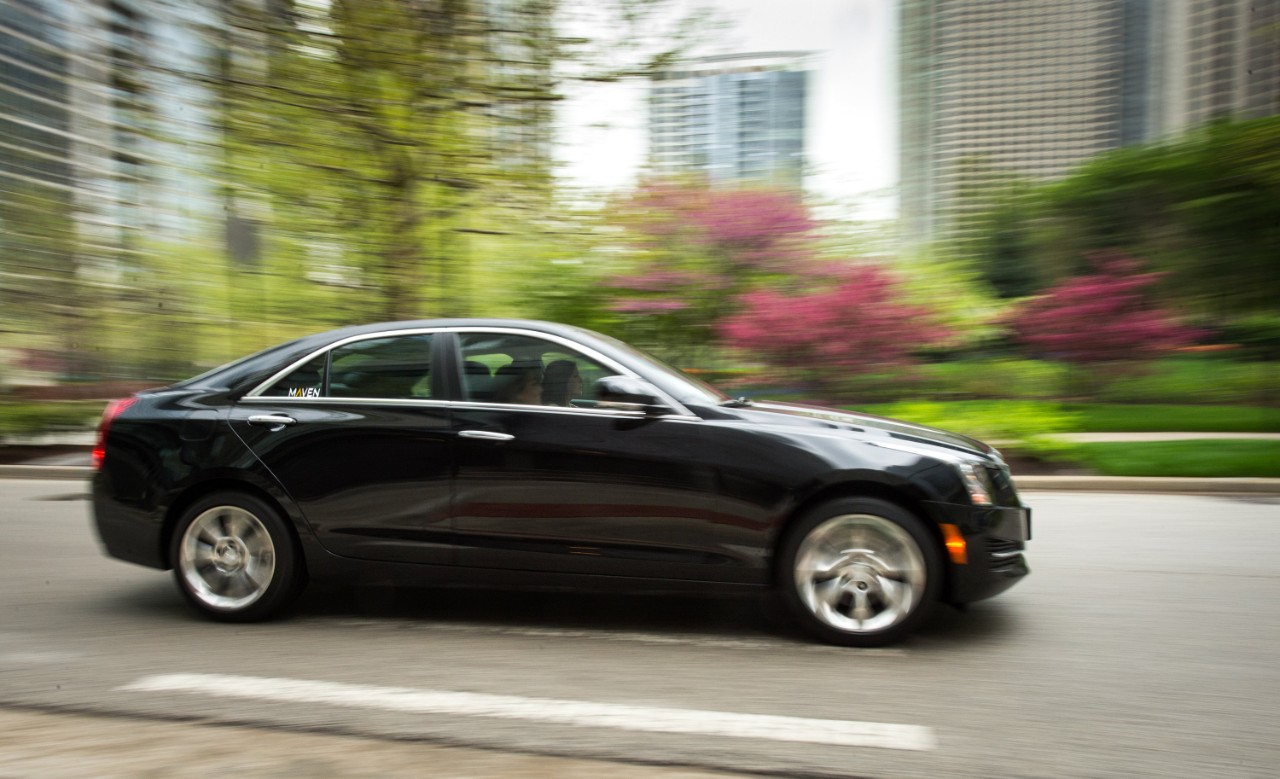 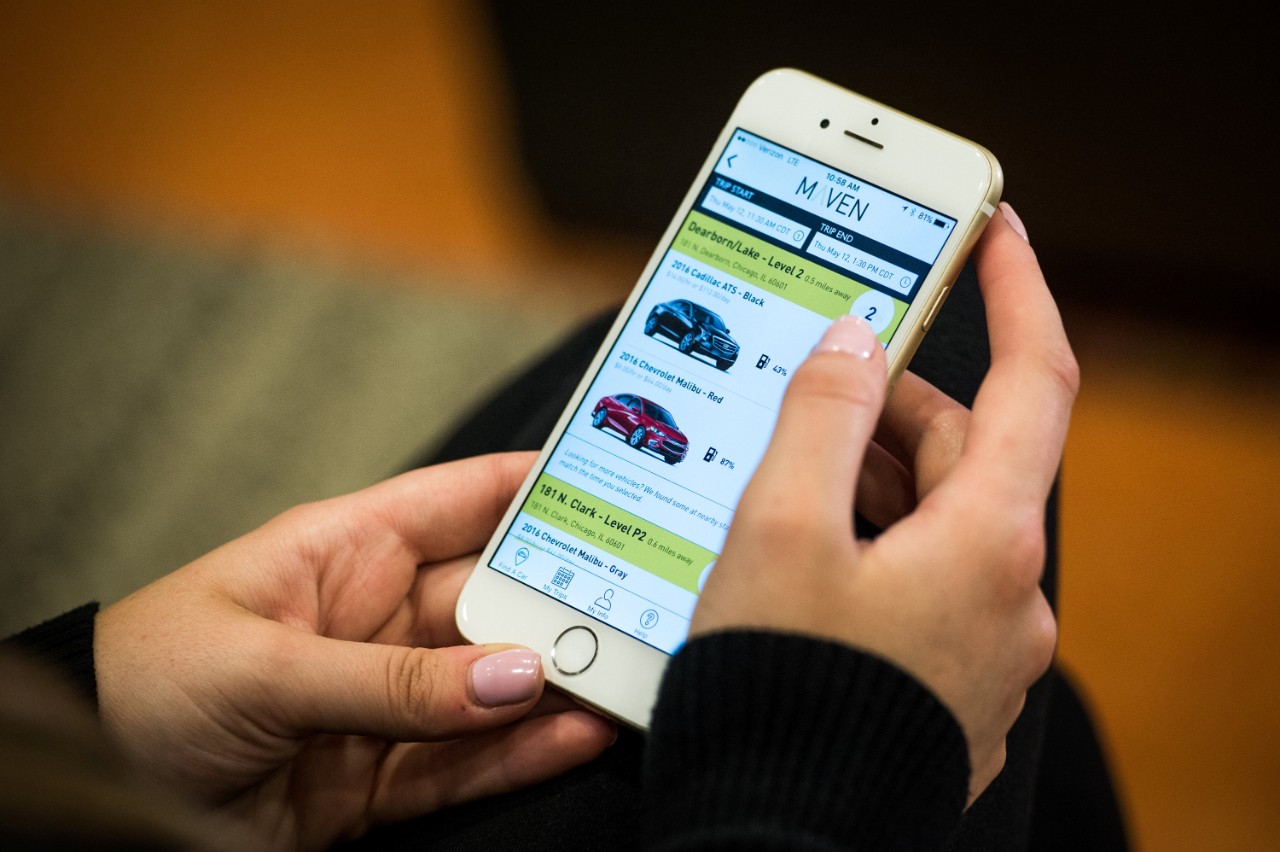