Las Vegas, September 17, 2015 /3BL Media/ – Building on its long-standing commitment to diversity and philanthropy, MGM Resorts International (NYSE: MGM) today announced a $1 million donation to the Smithsonian Institution’s National Museum of African American History and Culture (NMAAHC). The gift will support the construction of the Smithsonian’s 19th museum, scheduled to open in 2016.

“We are honored to have the support of MGM Resorts International as we draw closer to the opening of the museum,” said Lonnie G. Bunch III, Founding Director of NMAAHC. “The support of MGM Resorts International helps to ensure that our museum on the national mall will help the millions who visit, see and understand America’s history through an African American lens.”

Currently under construction on a five-acre site adjacent to the Washington Monument, the nearly 400,000-square-foot museum will be a place where Americans can learn about the richness and diversity of the African American experience. Since its start in 2003, NMAAHC has built a collection of more than 30,000 objects covering major periods of African American history, beginning with the origins in Africa and continuing through slavery, the civil rights era, the Harlem Renaissance, the great migrations north and west and into the 21st century.

“MGM Resorts is proud to support the Smithsonian’s addition of this museum in honor and celebration of the unique role of African Americans in the evolution of America into the great nation that it is today,” said Jim Murren, Chairman and CEO of MGM Resorts International. “The NMAAHC is a living symbol of our company’s and country's commitment to the foundation of diversity that is our national heritage, and the vision of inclusion that is our company's aspiration for the future,” continued Murren, a recipient of CR Magazine’s Responsible CEO of the Year Award.

MGM Resorts International is building a world-class destination resort in the Washington, D.C. area – MGM National Harbor – that is expected to open in the second half of 2016. Located on the Potomac River just south of the National Mall and the NMAAHC in neighboring Prince George’s County, Md., the fully integrated resort is designed to reflect the history and heritage of the Capital Region.

Once operational, the team of about 3,600 employees will embody MGM’s values and continue its deep commitment to the principles of diversity and community engagement. MGM is already off to a strong start in the region, and has more than 100 Minority Business Enterprises (MBEs), certified by the State of Maryland, engaged in the design and construction phase of the MGM National Harbor project. Also, the goals for MBE participation outlined in the Community Benefits Agreement with the County are consistently being met and exceeded. Furthermore, MGM National Harbor is investing in the local communities, with a philanthropic pledge to donate $1 million dollars to nonprofit organizations in the County before the resort opens.

MGM Resorts International has shown a powerful commitment to the fundamental principles of diversity and philanthropy since its inception. From spending more than $3 billion with diverse-owned suppliers and contractors since 2002 to marshaling its employees to donate more than 1.6 million pounds of food last year, and volunteering more than 170,000 hours to community agencies, social responsibility is foundational to MGM Resorts’ culture.

For more information about MGM Resorts International’s commitment to diversity and philanthropy, or to learn more about MGM National Harbor, please visit: www.mgmresorts.com.

About the Museum
The National Museum of African American History and Culture was established by an Act of Congress through legislation signed into law in 2003 by President George W. Bush. It will be the nation’s largest and most comprehensive cultural institution devoted exclusively to exploring and documenting the African American story and its impact on American history. While the museum is under construction, it is offering scholarly programs, designing exhibitions, building collections and publishing books.

Its current exhibition, “Changing America: The Emancipation Proclamation, 1863 and The March on Washington, 1963” explores the impact of those two milestones in American history and is on view through Sept. 7 in the museum’s temporary gallery in the Smithsonian’s National Museum of American History. For more information, visit the museum’s website at nmaahc.si.edu.

About MGM Resorts International
MGM Resorts International (NYSE: MGM) is one of the world's leading global hospitality companies, operating a portfolio of destination resort brands including Bellagio, MGM Grand, Mandalay Bay and The Mirage. The Company is in the process of developing MGM National Harbor in Maryland and MGM Springfield in Massachusetts.  The Company also owns 51 percent of MGM China Holdings Limited, which owns the MGM Macau resort and casino and is developing a gaming resort in Cotai, and 50 percent of CityCenter in Las Vegas, which features ARIA Resort & Casino. For more information about MGM Resorts International, visit the Company's website at www.mgmresorts.com.

Footnote: As of the June 30, 2015 filed GOMA Report, there are 106 Minority Business Enterprises (MBEs) certified by the State of Maryland, who are working on the construction phase of the MGM National Harbor project. 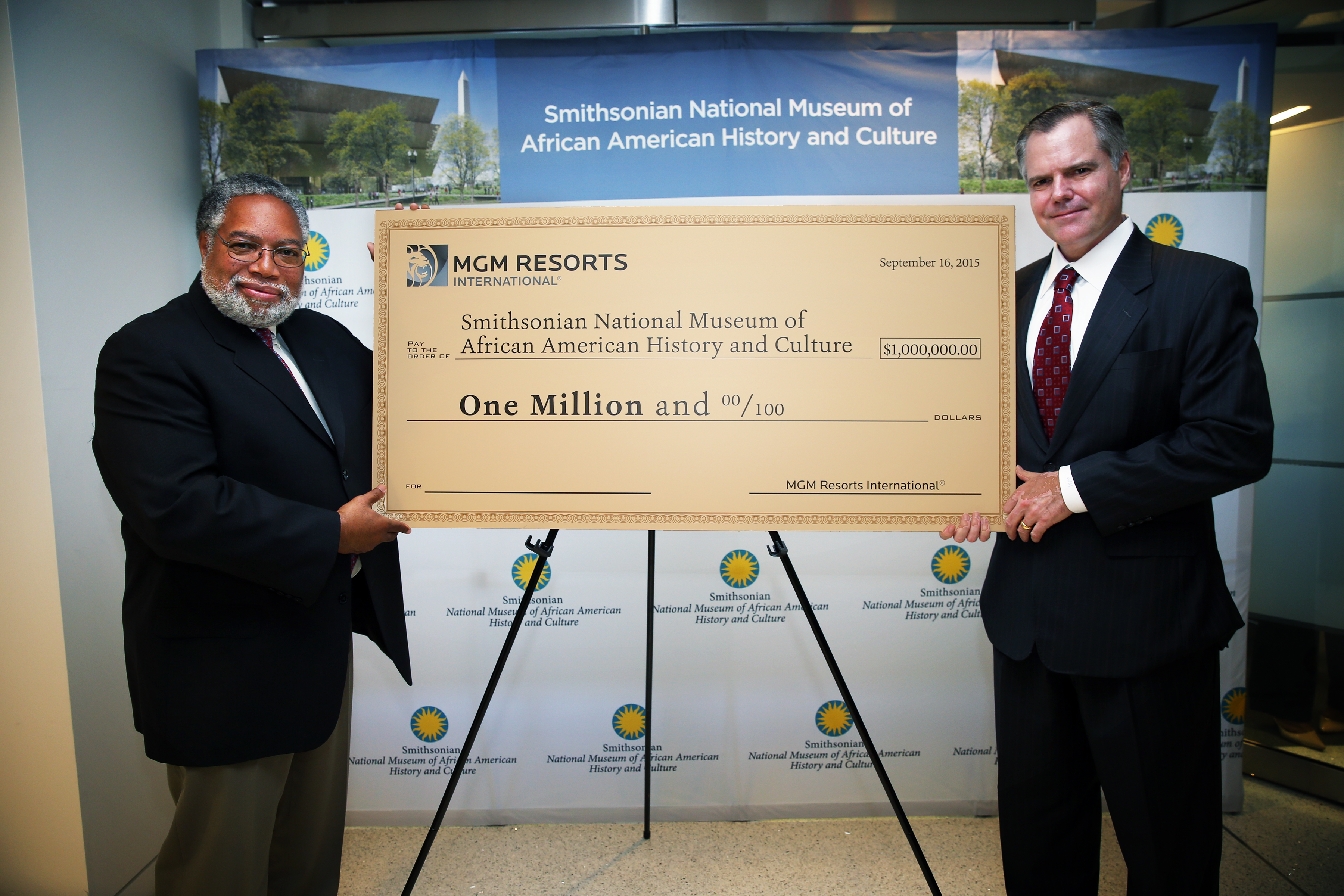 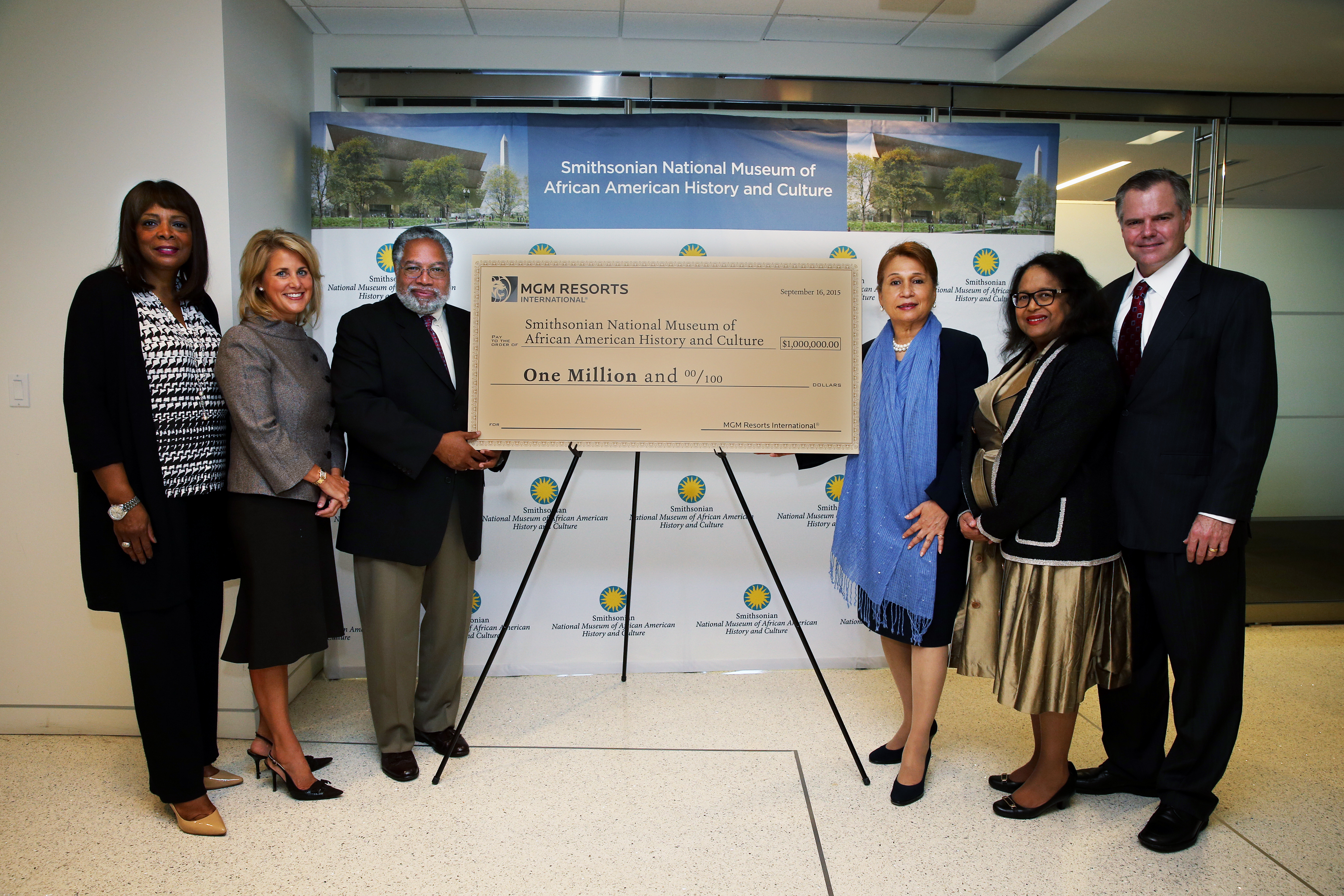 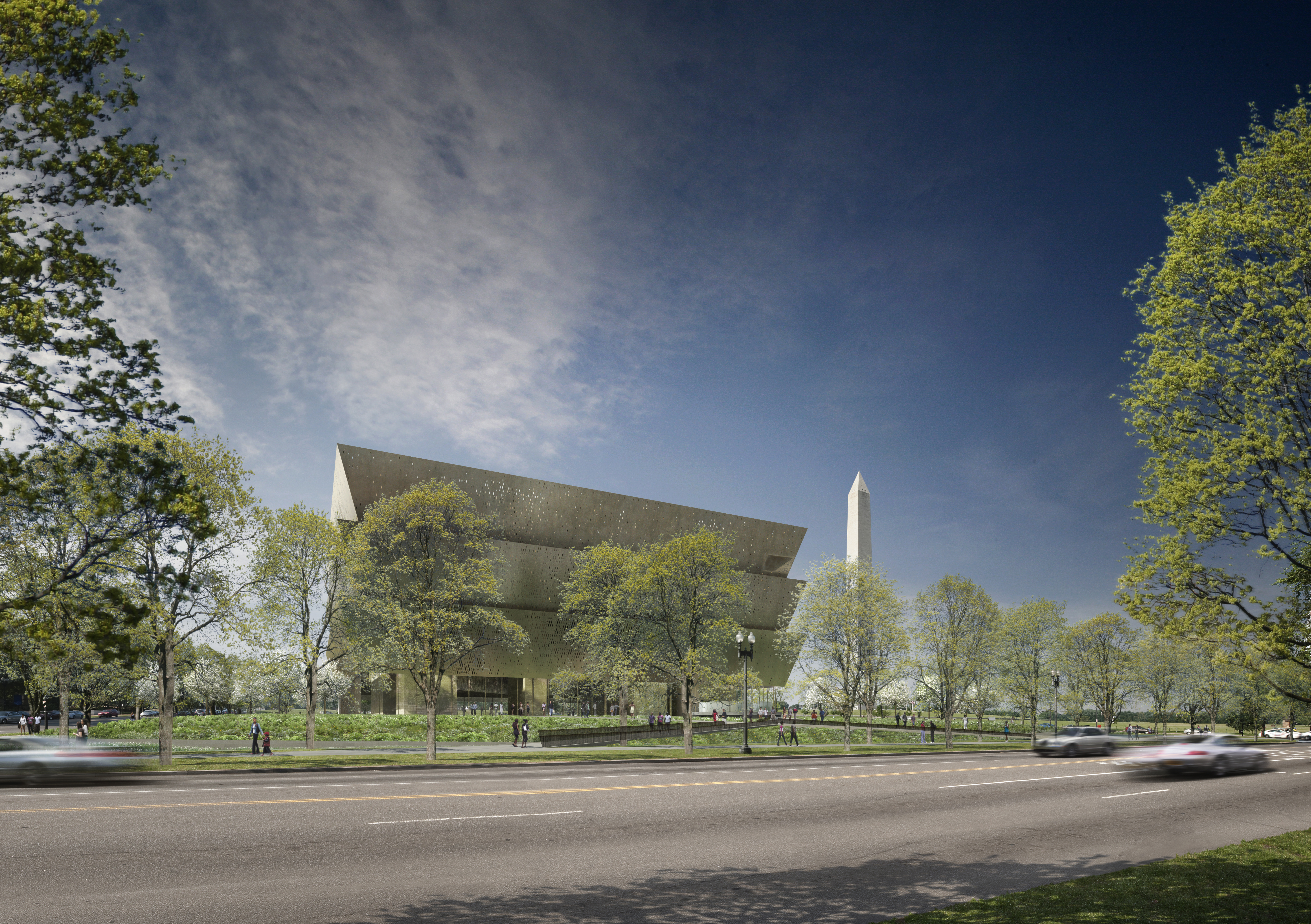