The academy, a program of the African Orphan Crops Consortium, is based at the World Agroforestry Centre (ICRAF) in Nairobi. It is designed to increase food security and help eliminate malnutrition and stunting among Africa’s youth. A total of 250 new plant breeders will be trained, enabling them to develop traditional African plants and trees that are important to African diets into hardier and more nutritious crops for smallholder African farmers in the region.

The first class of 21 graduates includes four women and 17 men, representing 11 nations and 19 institutions throughout Africa.

“These men and women hold the future for a healthy, well-fed Africa in their hands,” said Allen Van Deynze, director of research at the UC Davis Seed Biotechnology Center. “They are returning to their home countries and institutions equipped to develop new and improved varieties of long-overlooked African plants and trees.”

Howard-Yana Shapiro, chief agricultural officer for Mars Incorporated and a senior fellow in the UC Davis Department of Plant Sciences and World Agroforestry Centre, said, “The academy and the associated African Orphan Crops Consortium have tremendous potential for improving the health and well-being of Africa’s children, more than 35 percent of whom suffer from malnutrition and stunting.”

Shapiro continued: “The knowledge and experience these new graduates have will enable them to apply modern scientific techniques to some of Africa’s oldest crops and, in so doing, meet the nutritional needs of millions of African farmers and their children.”

The African Orphan Crops Consortium plans to use the latest scientific equipment and techniques to sequence, assemble and annotate the genomes of 101 African “orphan” crops so that they can be developed into reliable sources of nutritious food.

The orphan crops are traditional African crops that have been long neglected by the research community because they are not seen as an economic priority on the global market. They include cocoyam, hibiscus, shea and the Bambara groundnut, as well as 35 tree crops including Baobab and Dacryoidis edulis, or African plum.

The data derived will be made publicly available with the endorsement of the African Union through a process managed by the Public Intellectual Property Resource for Agriculture.

During their academy training, the students are shown how to identify diversity within a plant species at the molecular level and determine which specific points within the plant’s genome should be the focus of a breeding strategy. This approach enables them to make improvements in plant species much more quickly than they could using only traditional breeding techniques.

The genomic approach will be particularly useful in speeding up improvements in the 35 orphan tree crops. Tree crops are challenging to improve because they take longer to mature and require more space to grow than do field crops.

Plant materials developed by the plant breeders trained at the academy will be offered to smallholder farmers throughout Africa.

More information about the academy and the new graduates is available at the World Agroforestry Centre blog.

Learn more about the African Orphan Crops Consortium and its partners.

Applications for the second African Plant Breeding Academy session, to begin in June 2015 in Nairobi, are now being accepted. More information. Applications are due Feb. 15, 2015.

The African Plant Breeding Academy is conducted in collaboration with the African Union, New Partnership for Africa’s Development Agency, and the African Orphan Crops Consortium.

UC Davis is participating in UC’s Global Food Initiative launched by UC President Janet Napolitano, harnessing the collective power of UC to help feed the world and steer it on the path to sustainability.

UC Davis is a global community of individuals united to better humanity and our natural world while seeking solutions to some of our most pressing challenges. Located near the California state capital, UC Davis has more than 34,000 students, and the full-time equivalent of 4,100 faculty and other academics and 17,400 staff. The campus has an annual research budget of over $750 million, a comprehensive health system and about two dozen specialized research centers. The university offers interdisciplinary graduate study and 99 undergraduate majors in four colleges and six professional schools.

In 1911, Frank C. Mars made the first Mars candies in his Tacoma, Washington kitchen and established Mars’ first roots as a confectionery company. In the 1920s, Forrest E. Mars, Sr. joined his father in business and together they launched the MILKY WAY® bar. In 1932, Forrest, Sr. moved to the United Kingdom with a dream of building a business based on the objective of creating a “mutuality of benefits for all stakeholders” – this objective serves as the foundation of Mars, Incorporated today. Based in McLean, Virginia, Mars has net sales of more than $33 billion, six business segments including Petcare, Chocolate, Wrigley, Food, Drinks, Symbioscience, and more than 75,000 Associates worldwide that are putting its Principles into action to make a difference for people and the planet through its performance. 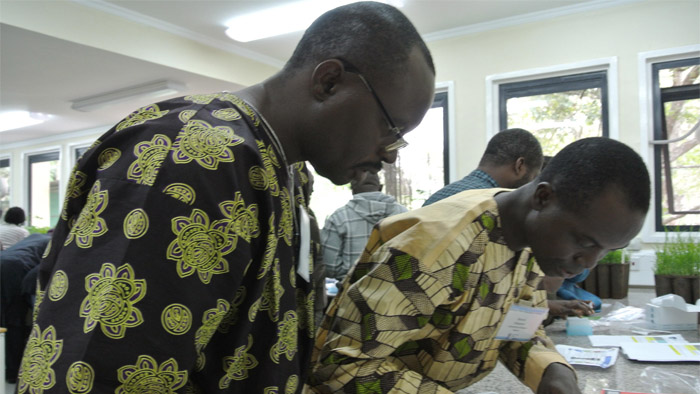