August 22, 2013 /3BL Media/ - Addison is proud to announce Norfolk Southern’s 2013 Sustainability Report. Norfolk Southern (NS), one of the largest North American railroad companies, asked us to help take its sustainability reporting to the next level. Specifically, NS wanted a look and feel that was user-friendly, interactive and sophisticated, showcasing the company as a sustainability leader within the high-tech transportation industry. NS was also keen on highlighting the environmental benefits of freight rail when compared with trucks for the long-haul transport of goods.

In response to these specifications, Addison created a full website featuring a unique video landing-page that acts as an introduction. We also created two interactive slideshows, a 130-page full-report PDF, a 12-page executive summary PDF, and a data-download PDF. The report was designed to complement the existing Norfolk Southern “Connections” theme.

Addison recommended including new video footage on the landing page, and the client was excited to oblige, ultimately mounting a camera on the front of a locomotive leaving New Orleans, La. Each of the resulting three video loops reflects a relationship between Norfolk Southern’s core business and the environments in which it operates. 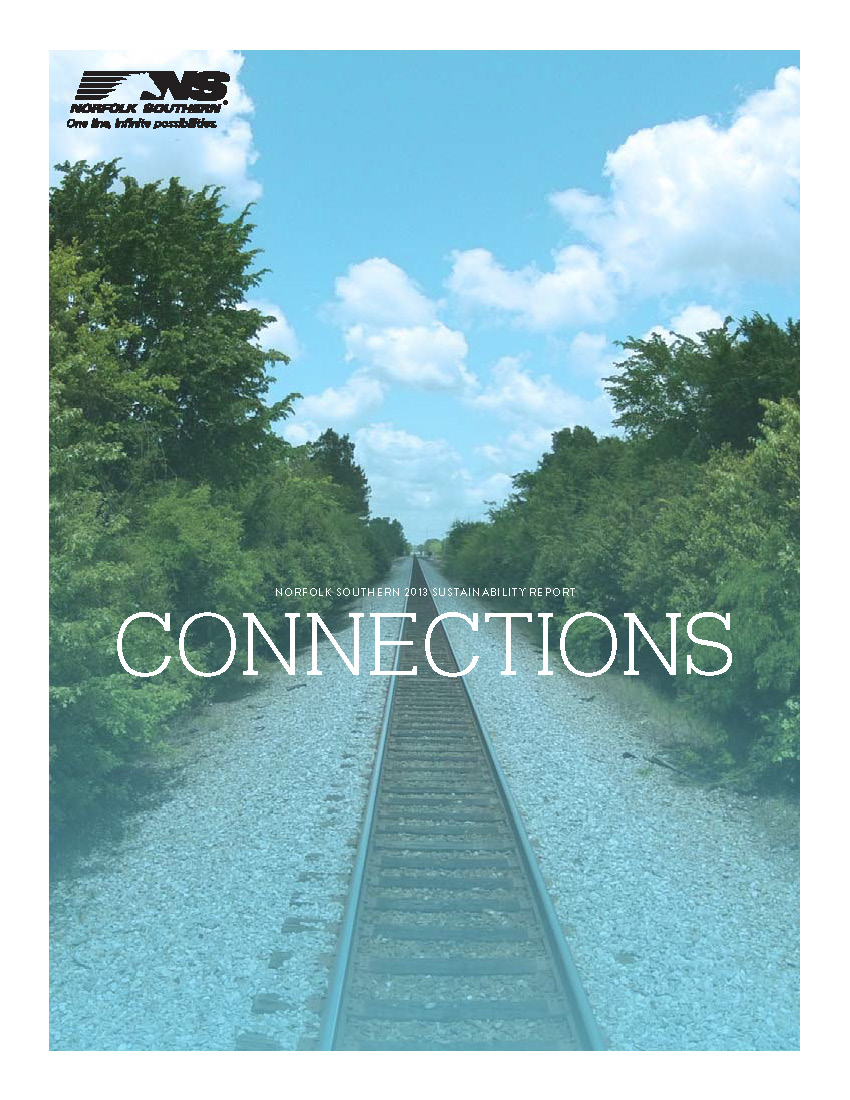