ATLANTA, Feb. 11, 2015 /3BL Media/ – Points of Light Board Chair Neil Bush announced today that Tracy Hoover, who has served as Points of Light’s president for the past 18 months, has been named the organization’s new chief executive officer. The decision was made by a unanimous vote of the Points of Light board.

“It’s a profound honor and joy to lead Points of Light,” Hoover said.

Founded in 1990 by President George H. W. Bush, Points of Light mobilizes millions of people to take action that is changing the world. Through HandsOn Network affiliates in 250 cities and partnerships with thousands of nonprofits and corporations, Points of Light engages 4 million volunteers in 30 million hours of service each year.

“Tracy’s an innovative and strategic leader who has done a phenomenal job leading Points of Light for the past 18 months. She knows the organization – and the volunteer movement – backwards and forwards because she helped build it,” Neil Bush said. “The board has complete confidence that she will be a fantastic CEO, driving Points of Light and the volunteer sector in new and exciting ways.”

“When I first met Michelle Nunn and Hands On Atlanta almost 20 years ago, I was struck by the energy and idealism that seemed to burst from a tiny storefront,” Hoover said. “Today Points of Light is still buzzing with idealism in action, and we are supercharging that idealism with new technologies and new ideas to dramatically increase the number of volunteers in the world and the impact of the work they do.”

Bush also announced that former CEO Michelle Nunn – who was on a leave of absence to run for U.S. Senate – will return to the organization as a member of its board.

“Michelle’s campaign, which inspired so many to think about service in new ways, also led Michelle down new roads, and while she decided not to come back to Points of Light as CEO, I’m delighted that she will continue to contribute to Points of Light’s future in many ways and will certainly always be a revered leader in our movement,” Bush said. “We are very pleased that Michelle has agreed to join our Board of Directors.”

Nunn founded Hands On Atlanta and co-founded the HandsOn Network, which merged with Points of Light in 2007 and became the world’s largest network of volunteer action centers. Hoover joined the merged organization soon afterwards.

In recent years, Nunn and Hoover elevated and celebrated volunteer service, expanded the organization’s reach to include affiliates in 30 countries; built a strong leadership council of 75 companies dedicated to volunteer service; brought four organizations together to form generationOn, Points of Light’s youth service initiative; created a Civic Accelerator to invest in social entrepreneurs and startups; and mobilized tens of millions of volunteers.

“The Board has chosen the perfect person to lead Points of Light going forward,” Nunn said. “Tracy is a great leader, partner, and friend and I know she will usher in terrific new possibilities for the organization and service movement.”

Hoover will take the reins in Points of Light’s 25th anniversary year. Founder President George H. W. Bush famously referred to America’s volunteers and nonprofits as “a brilliant diversity spread like stars, like a thousand points of light in a broad and peaceful sky.” This year, Points of Light will celebrate its 25th anniversary with thousands of volunteer activists and leaders representing the nonprofit, government and business sectors at its annual Conference on Volunteering and Service in Houston, Oct. 19-21.

“I love to hear from points of light,” Hoover said. “Please send your stories about volunteering and your ideas for building a stronger service movement to me at tracy@pointsoflight.org. And I encourage you to follow the Daily Point of Light Award winners each day. Their stories are powerful and instructive, and I think you’ll be as inspired as I am, every single day.”

Look for regular updates on what Hoover is seeing, hearing and learning in her blog on Huffington Post.

About Points of Light

Points of Light – the world’s largest organization dedicated to volunteer service – mobilizes millions of people to take action that is changing the world. Through HandsOn Network affiliates in 250 cities and partnerships with thousands of nonprofits and corporations, Points of Light engages 4 million volunteers in 30 million hours of service each year. We bring the power of people where it’s needed most. 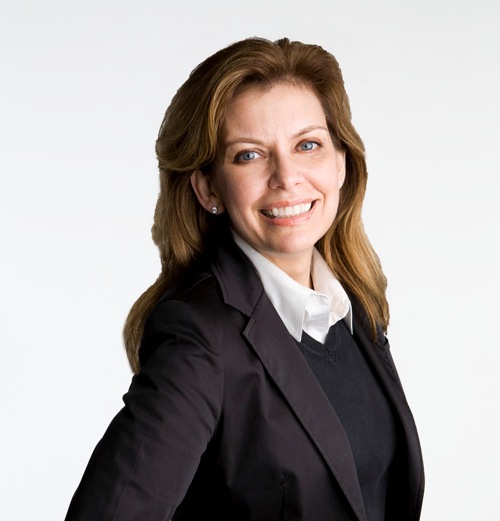