SBP Has Rebuilt More Homes Post-Katrina than Any Other Nonprofit, Yet More Than 5,000 New Orleans Families Remain Displaced Nearly 10 Years after the Hurricane.

NEW ORLEANS, Aug. 11, 2015 /3BL Media/ – As we approach the 10 year anniversary of Hurricane Katrina on Aug. 29, more than 5,000 families in New Orleans are still waiting to return to home.1 Meanwhile, according to the National Centers for Environmental Information (NCEI), the number of billion-dollar natural disasters in the U.S. continues to rise. St. Bernard Project (SBP), the national disaster recovery and resiliency organization, whose proven-effective model relies on the support of AmeriCorps members, has seen requests for help from homeowners in New Orleans increase 25 percent from 2014.

To address this, St. Bernard Project (SBP) is expanding its longstanding partnership with Toyota to strengthen U.S. disaster resilience and expedite disaster recovery across the country. SBP was founded in New Orleans in 2006 - by a teacher and lawyer from Washington, DC - in the wake of Hurricane Katrina and has since rebuilt more homes there than any other nonprofit. Vital to this effort, has been the 140 AmeriCorps members annually who serve in positions at SBP such as Site Supervisors and client, and volunteer managers. These AmeriCorps members have helped organize and lead more than 100,000 citizen volunteers over the past ten years in communities beyond New Orleans. To date, SBP has rebuilt homes for families impacted by natural disasters in Rockaway, NY; Staten Island, NY; Monmouth County, NJ; Joplin, MO; and most recently, San Marcos, TX. SBP serves low- to moderate-income homeowners who cannot afford to rebuild, with a focus on families with small children, the elderly, disabled persons, returned war veterans, and under-and uninsured persons.

SBP’s success can be attributed, in large part, to its partnership with Toyota and AmeriCorps. After the automaker shared the Toyota Production System, SBP cut the time it took to rebuild a house to 62 days, half of what it had been and at half the cost private contractors would charge.  TPS is based on Toyota’s years of manufacturing experience and helps organizations become more effective, maximize resources and improve quality and safety.

As part of the expanded partnership, Toyota will fund the non-federal portion of SBP’s national AmeriCorps program for three years, including critical training for 140 members annually in TPS, leading them to better identify and solve problems as they support SBP’s rebuilding efforts in New Orleans, New York, New Jersey and other communities.

"Disasters are happening more frequently and they are often stronger. But this does not mean we need to accept a slow recovery,” said Zack Rosenburg, CEO & Co-Founder of St. Bernard Project. “A delayed and unpredictable recovery from a disaster puts families’ lives on hold, while draining their financial resources and also destroys local businesses and jobs.”

Rosenburg continued, “We know that every dollar invested in preparing for natural disasters saves $4 after one strikes. This expanded partnership with Toyota will enable us to continue our work in New Orleans and help other vulnerable communities be better prepared for the worst and ready to speed the recovery.”

“We are amazed at what Zack and the team at SBP have accomplished in New Orleans and other communities and are proud to support their work helping the most vulnerable people prepare for and recover from disasters,” said Latondra Newton, Toyota Group Vice President and Chief Social Innovation Officer.  “We’re also excited to train more of SBP’s AmeriCorps members in the Toyota Production System – an approach that has been core to the success of both our organizations.”

Toyota and SBP’s joint efforts to strengthen U.S. disaster resilience through this expanded partnership is a 2015 Clinton Global Initiative Commitment to Action.

About St. Bernard Project (SBP)
SBP's mission is to ensure that disaster-impacted citizens and communities recover in a prompt, efficient and predictable manner. Since its founding in 2006 in St. Bernard Parish, Louisiana following the devastation wrought by Hurricane Katrina, SBP has rebuilt homes for more than 950 families with the help of 100,000 volunteers in New Orleans; Joplin, MO; Staten Island, NY; Rockaway, NY; and Monmouth County, NJ. SBP is deeply supported by AmeriCorps which provides 140 members annually to manage worksites and clients, and train the organization’s volunteers nationally.

About Toyota
Toyota (NYSE: TM) established operations in the United States in 1957 and currently operates 10 manufacturing plants.  Toyota directly employs over 31,000 in the U.S. and its investment here is currently valued at more than $23 billion, including sales and manufacturing operations, research and development, financial services and design.

Toyota is committed to being a good corporate citizen in the communities where it does business and believes in supporting programs with long-term sustainable results. Toyota supports numerous organizations across the country, focusing on education, the environment and safety. Since 1991, Toyota has contributed nearly 700 million dollars to philanthropic programs in the U.S. 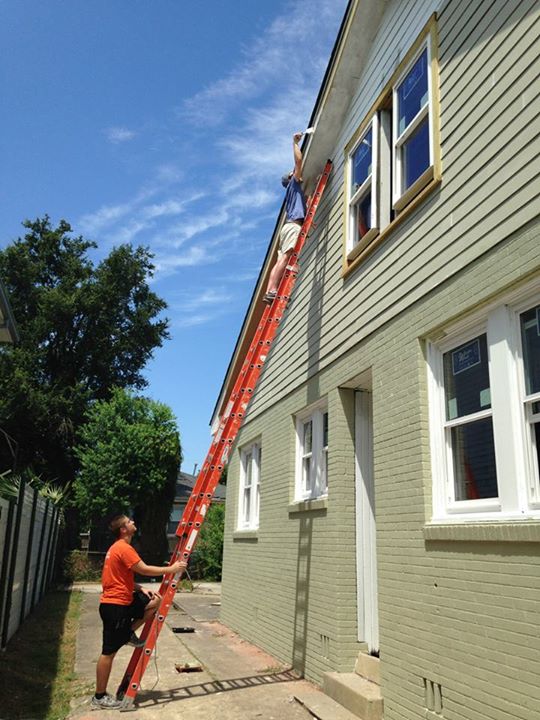