The Future Has Arrived, and It's Called Mirai

Mirai, which means “future” in Japanese, represents a turning point for the automotive industry. The groundbreaking vehicle can travel up to 300 miles on a single tank of hydrogen, refuel in less than five minutes and emits only water vapor.

Of course, the car of the future won’t become a reality without the hydrogen stations to support it. That’s why Toyota North America chief executive officer (CEO) Jim Lentz announced a new commitment to drive the development of a hydrogen refueling infrastructure in five northeastern U.S. states.

To support Mirai’s introduction to the region in 2016, Toyota is collaborating with Air Liquide to develop and supply a phased network of 12 state-of-the-art hydrogen stations targeted for New York, New Jersey, Massachusetts, Connecticut, and Rhode Island. The states and locations have been strategically selected in the greater New York and Boston areas to provide the backbone of a hydrogen highway for the Northeast corridor. Specific details of the collaboration will be revealed in the coming months.

“Toyota’s vision of a hydrogen society is not just about building a great car, but ensuring accessible, reliable and convenient refueling for our customers,” said Jim Lentz. “I am happy to announce that this vision will expand beyond the borders of California and give customers the opportunity to join the fuel cell movement.”

This new announcement builds on Toyota’s previous support for hydrogen infrastructure development in California. In May 2014, Toyota announced a $7.3 million loan to FirstElement Fuels to support the operations and maintenance of 19 hydrogen fueling stations across the state. The commitment augments funding provided by the California Energy Commission, and makes Toyota the only OEM to provide working capital for infrastructure development.

Today, we are at a turning point in automotive history.

A turning point where people will embrace a new, environmentally-friendly car that is a pleasure to drive.

A turning point where a four-door sedan can travel 300 miles on a single tank of hydrogen, can be refueled in under five minutes and emit only water vapor.

A turning point that represents many years and countless hours of work by our team to create a car that redefines the industry.

All of us at Toyota believe in a future that will be safer, greener and easier for everyone.

We imagined a world filled with vehicles that would diminish our dependence on oil and reduce harm to the environment.

It was a bold, but inspiring goal. And, today it is a reality.

Our fuel cell vehicle runs on hydrogen that can be made from virtually anything, even garbage!

It has a fuel cell that creates enough electricity to power a house for about a week.

This is a car that lets you have it all with no compromises.

As a test driver, I knew this new fuel cell vehicle had to be truly fun to drive – and believe me, it is. It has a low center of gravity, which gives it very dynamic handling.

We are ready to deliver.

The name we’ve given to our new car is Mirai, which in Japanese means “future.”

We believe that behind the wheel of the Mirai, we can go places we have never been, to a world that is better, in a car that is better.

The future has arrived. And it’s called Mirai. 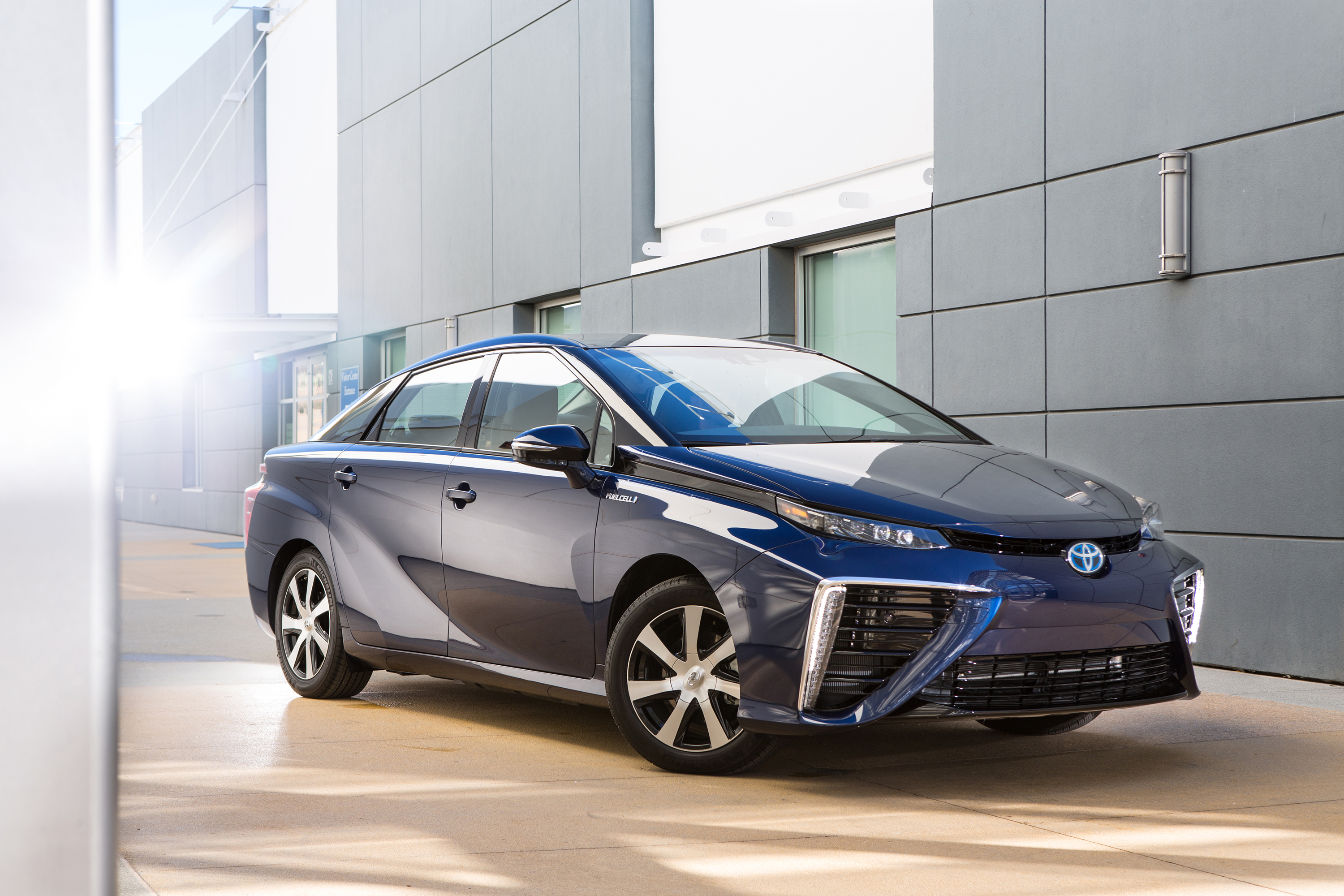 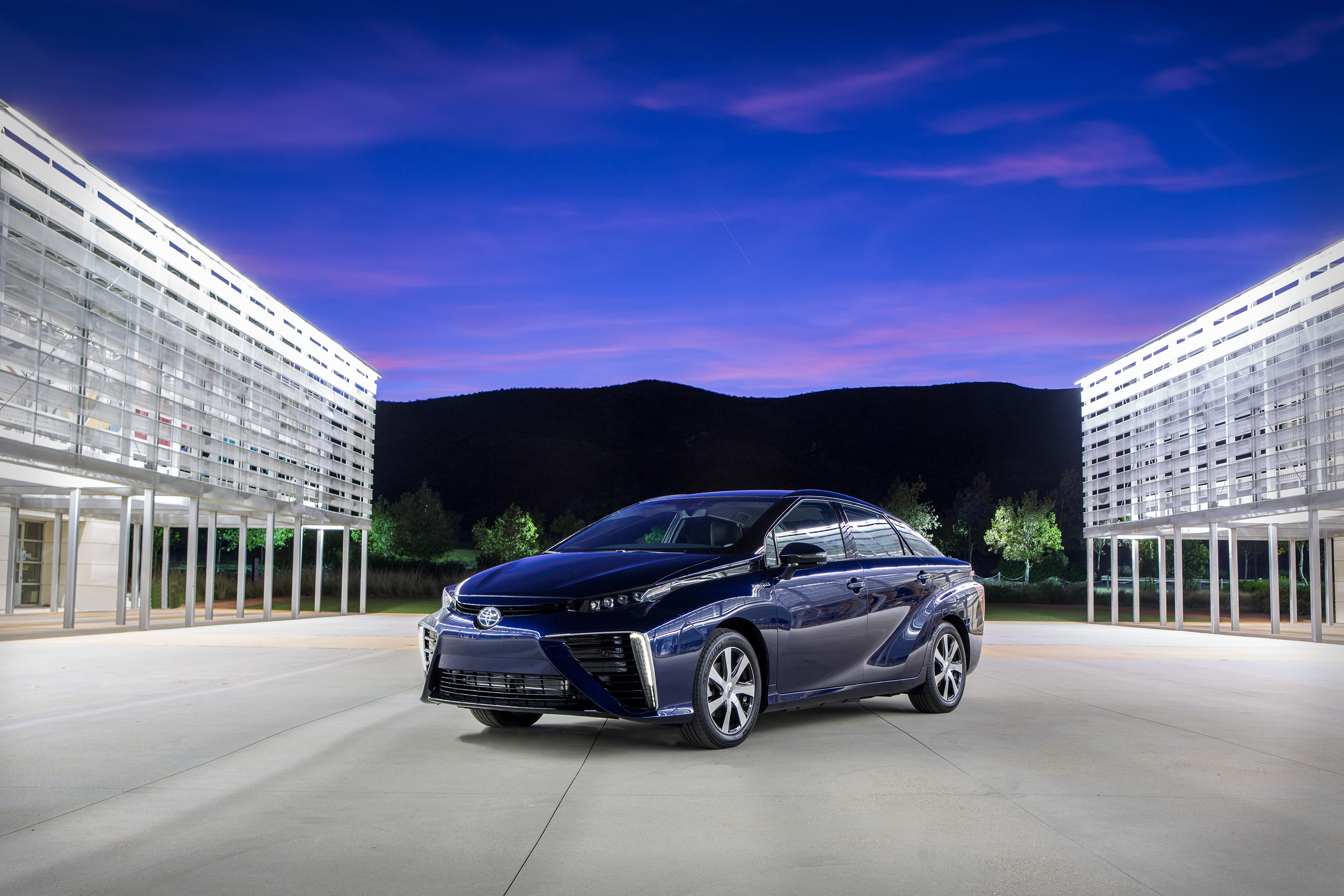 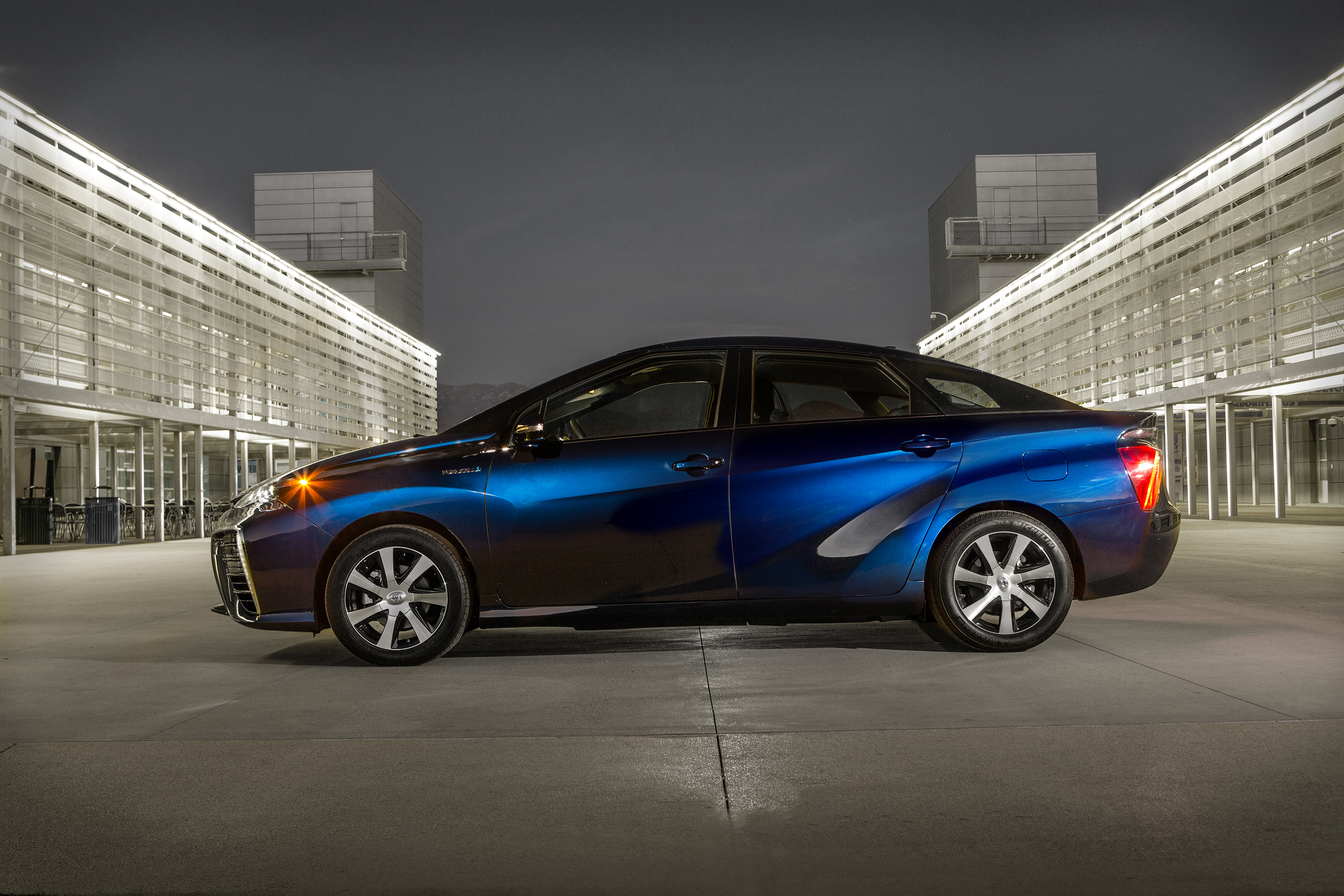 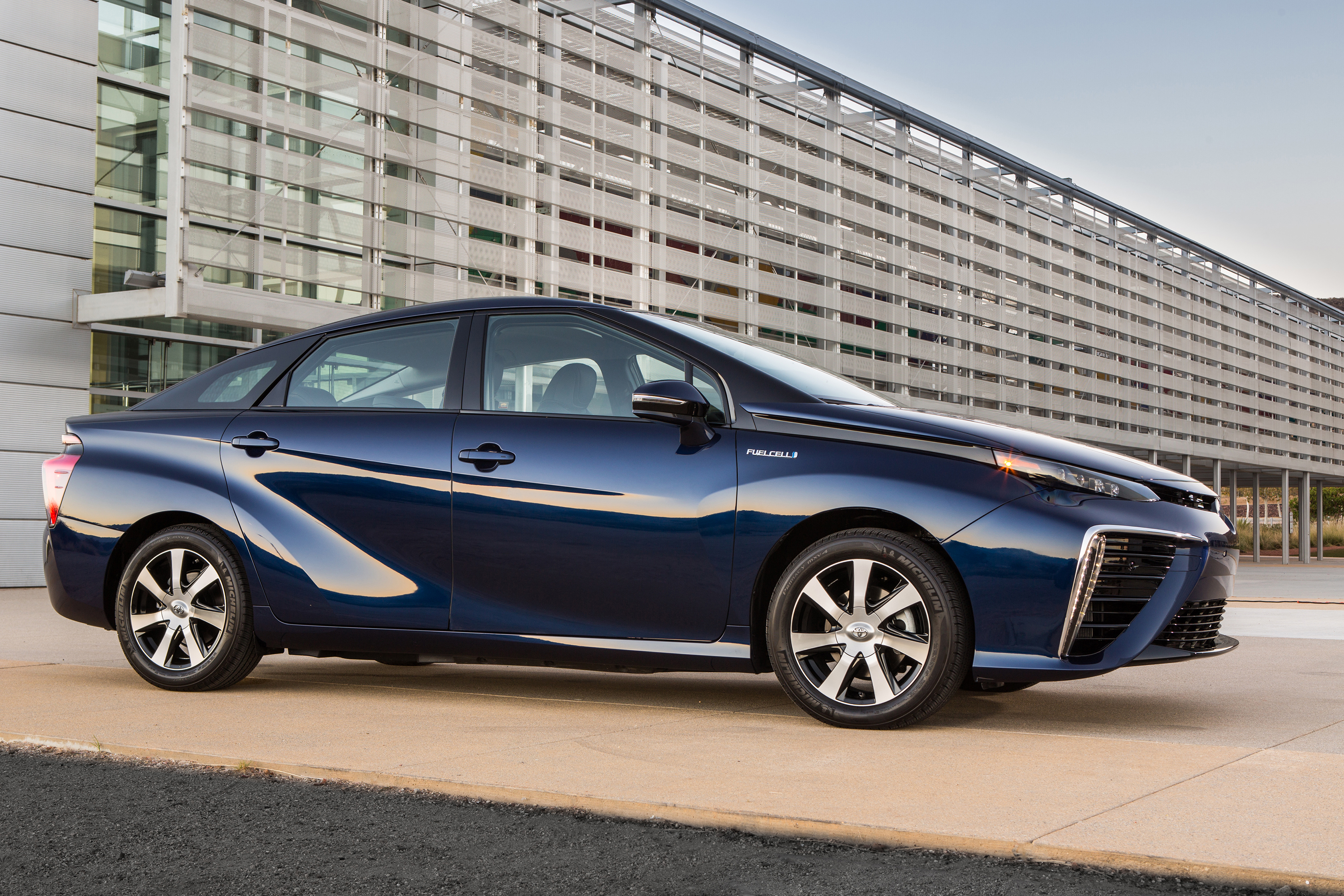 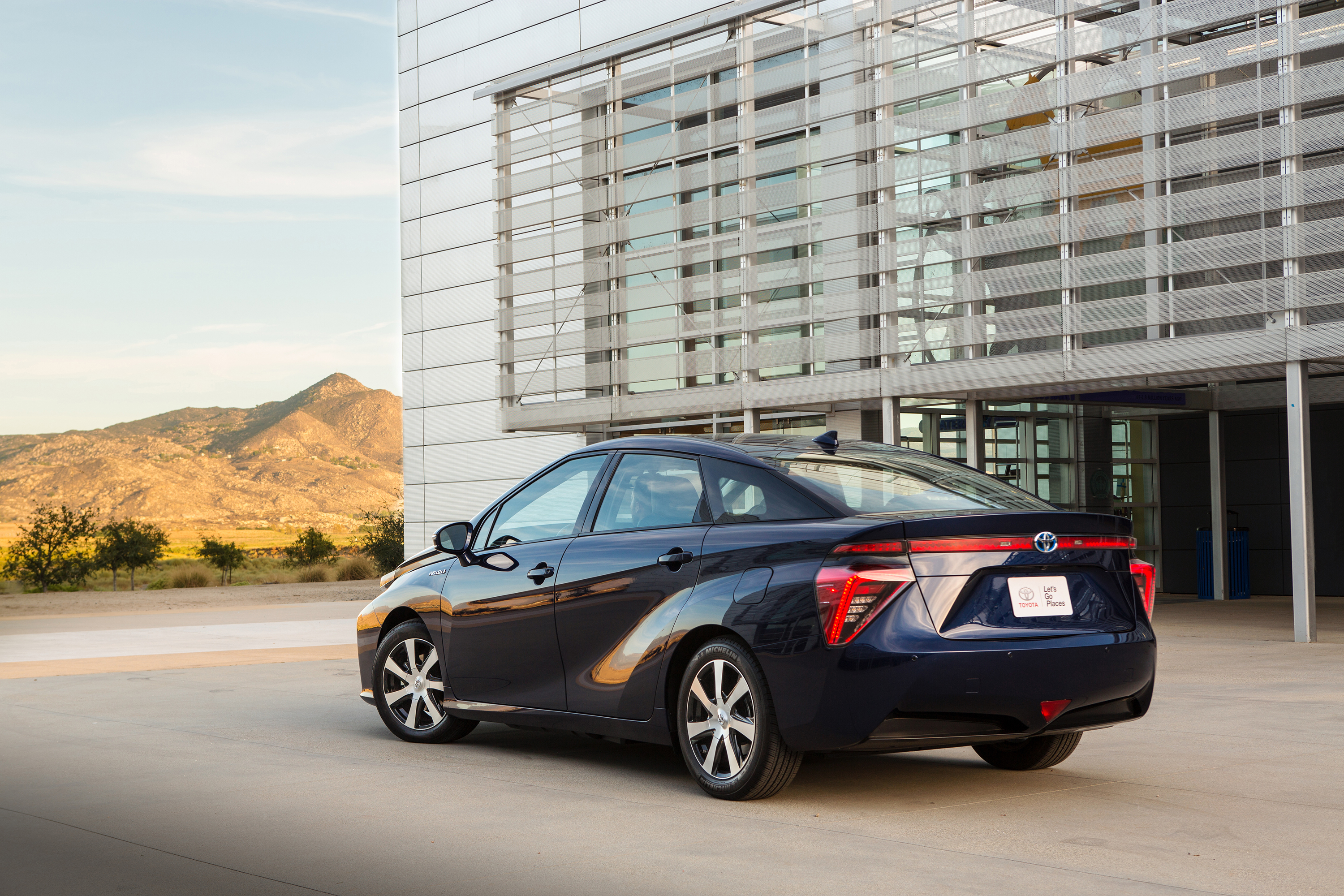