“We are extremely grateful to the James M. Cox Foundation for their generous investment in our vision for a new KidsTown,” said Orlando Science Center’s President and CEO JoAnn Newman. “Thanks to this incredible gift, we are one step closer to providing Central Florida families with an expanded and content rich space to encourage early learning, skill building and quality family time.”

The James M. Cox Foundation is named in honor of Cox Enterprises' founder and provides funding for capital campaigns and special projects in communities where Cox Enterprises and its divisions (Cox Communications, Cox Automotive and Cox Media Group) operate. This grant was made possible through the joint support of Cox’s media and automotive properties in the Orlando area.

“The Orlando Science Center has inspired curiosity and exploration for sixty years,” said WFTV’s Vice President and General Manager Shawn Bartelt. “We know that learning at an early age helps put children on the path to success, and the Science Center encourages learning in a fun way for the entire family.”

Orlando Science Center annually attracts 475,000 visitors and features a working replica of WFTV’s Severe Weather Center 9. Visitors learn how to put a weather forecast together and practice delivering it in front of a green screen.

The Foundation concentrates its community support in several areas, including: conservation and environment; early childhood education; empowering families and individuals for success; and health.

About Orlando Science Center
Located in Orlando, Fla., interactive learning and discovery await within the Science Center’s hundreds of exhibits, programs, labs, films and planetarium shows. The Science Center provides educational opportunities both within and outside its walls including field trips, family science nights at schools and community centers, and other outreach.

Orlando Science Center's mission is to inspire science learning for life. The Science Center strives to create lasting impacts on science, technology, engineering and math (STEM) education and develop the next generation of creative innovators. Fully accredited by the American Alliance of Museums, the Science Center ranks as one of the most popular museum destinations in the region. Having served more than 12 million people since its inception in 1955, the Science Center offers rich resources for lifelong learning. 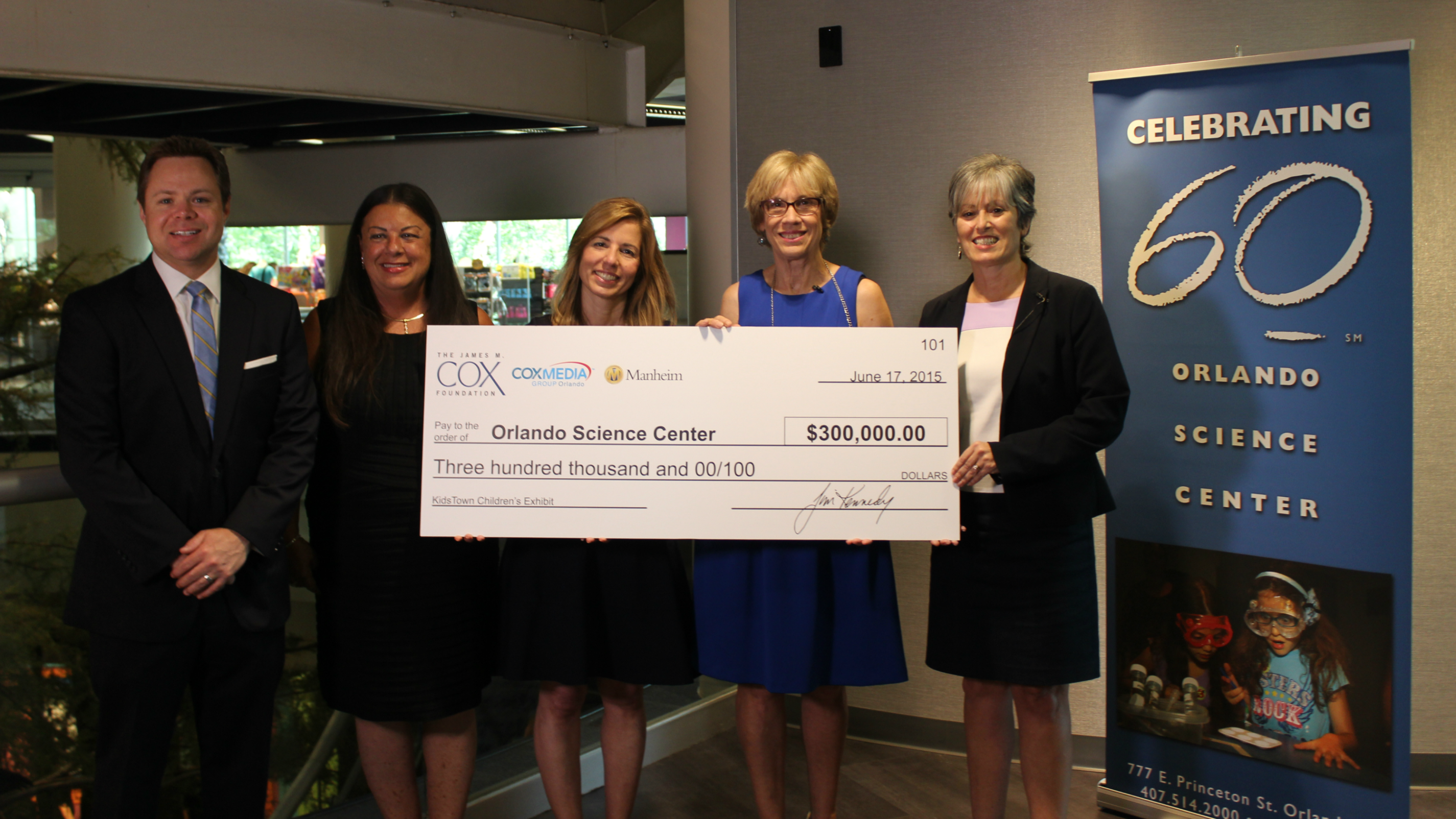