Two Deloitte employees, wounded veterans themselves, will compete for the Army and USSOCOM teams. Deloitte serves as a presenting sponsor of the games and is once again providing approximately 20 employee volunteers in a pro bono capacity to help the Army coordinate the competitions and lead teams of community volunteers.

“The athletes who compete each year in the DoD Warrior Games demonstrate the resiliency of the human spirit and the power of sport in a person’s recovery from wound, injury or illness,” said Dan Helfrich, principal, Deloitte Consulting LLP, and federal government services leader. “If you haven’t been to a Warrior Games competition, you need to go and experience it – cheer on the amazing athletes, see true teamwork in action, and witness the strength and resiliency of a Warrior Games athlete and team. You will come away a better person and a prouder American.”

The two Deloitte employees competing in the 2016 DoD Warrior Games are:

Will Reynolds, a U.S. Army veteran and a manager in Deloitte Consulting LLP’s federal health practice, has been an adaptive sports participant since 2005 and was the first Deloitte professional to participate in the Warrior Games. In addition to competing in track, he will be piloting a tandem and is also currently in the Paralympic development pool for cycling. Reynolds was wounded in 2004 during combat in Iraq and went through two years of treatment and 26 surgeries.

You can follow Reynolds at the Warrior Games at @will_reynolds.

Sean Walsh, a U.S. Army veteran and a member of Team USSOCOM, is a senior consultant for Deloitte Consulting LLP in its federal government services practice. This is Walsh’s second time participating — he competes in cycling and swimming. A multisport athlete, Walsh was diagnosed with Type 1 Diabetes after returning from a mission overseas while serving with U.S. Special Operations Command. You can follow Walsh at the Warrior Games at @TypeOneTri.

Deloitte’s involvement with the 2016 DoD Warrior Games is one part of its commitment to supporting military members, veterans, and their families, with a particular focus on the employment and physical health and recovery of armed forces members who are transitioning from active duty to civilian life.

Another component is Deloitte’s commitment to the White House’s Joining Forces initiative. Deloitte pledged to double its veteran hiring numbers over the course of three years, meeting this goal a year ahead of schedule. Deloitte is not stopping there and continues to focus on increasing hiring efforts and on enhancing the Deloitte experience for veterans. Additionally, Deloitte was recently recognized by CivilianJobs.com as a Most Valuable Employer for Military®, highlighting the organization’s belief in the contributions that experienced armed forces personnel bring to the workforce. Learn more about how Deloitte supports veterans.

Competitions are free and open to the public.

Sponsorship does not imply Federal, DoD, or Army endorsement. 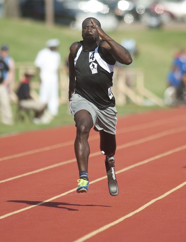 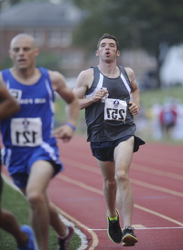 Deloitte Foundation Sponsors 49th American Accounting Association/Deloitte Foundation/J. Michael Cook Doctoral Consortium
Oct 7, 2019 11:55 AM ET
Deloitte's New Survey Reveals That Microaggressions Are More Common Than You Think
Aug 27, 2019 11:45 AM ET
Deloitte Celebrates 20th Impact Day: Volunteering Across the Country to Achieve Lasting Social Impact for the Greater Good
Jun 10, 2019 11:15 AM ET
Flipping the Narrative on Automation in the Workplace
Jun 3, 2019 9:10 AM ET
Deloitte Study: Only 19 Percent of Business Leaders Say They Are Ready to Lead the Social Enterprise – Despite Increased Importance
May 31, 2019 8:45 AM ET