DETROIT, November 19, 2013 /3BL Media/ – The UAW-GM Center for Human Resources, in partnership with the Michigan Chapter of the March of Dimes, today drew the winning raffle ticket for a new 2014 Buick LaCrosse, awarded in the March of Dimes Annual Campaign. This year’s proceeds contribute to more than $1.3 million raised by UAW-GM locations since 2006.

The LaCrosse was donated by UAW-GM to the March of Dimes, which has been conducting the raffle across the country.  Additionally, UAW-represented General Motors’ facilities have been fundraising and selling raffle tickets to GM employees and the public with 100 percent of proceeds going to the March of Dimes.

“UAW-GM people are incredibly generous and have taken on this cause to support health for moms and babies,” said UAW Vice President Joe Ashton, who directs the union’s GM Department.  “By partnering with the March of Dimes, UAW-GM strengthens families, uplifts our communities and supports our customers nationwide.”

As a national voluntary health agency, the March of Dimes works to improve the health of babies by helping to prevent birth defects, premature birth and infant mortality. The organization recognizes November as Prematurity Awareness Month, promoting the fight against more than half a million premature births that occur in the U.S. annually.

“GM is proud to join our UAW partners to support the great cause of the March of Dimes,” said Jim Glynn, GM North America Labor Relations Vice President. “Working together, we will help fund ongoing medical research on premature births and find solutions to this condition that impacts one in nine babies in the U.S.”

Representing the March of Dimes was Dr. Sonia Hassan, associate dean of Maternal, Perinatal and Child Health at the Wayne State University School of Medicine and Michigan Prematurity Awareness Chairperson. Her recent research is credited as being instrumental in the fight against premature births.

“Key partnerships have helped us make newborn health a priority, making a difference in babies’ lives,” said Hassan. “We will continue to work to give all babies a healthy start in life. Too many continue to be born too soon, before their lungs, brains or other organs are fully developed.”

The winning ticket was drawn by Zariah Bradford, who was born prematurely, but is now a thriving 11-year-old girl. Arrangements are underway to inform the winner and coordinate delivery of the new LaCrosse though the Buick dealer network.

The UAW-GM Center for Human Resources is the national headquarters for the joint partnership of the UAW and GM.  It serves as a training institution and supports the communities in which UAW-GM people live and work.

About General Motors Co.
General Motors Co. (NYSE:GM, TSX: GMM) and its partners produce vehicles in 30 countries, and the company has leadership positions in the world's largest and fastest-growing automotive markets.  GM, its subsidiaries and joint venture entities sell vehicles under the Chevrolet, Cadillac,  Baojun, Buick, GMC, Holden, Isuzu, Jiefang, Opel, Vauxhall and Wuling brands. More information on the company and its subsidiaries, including OnStar, a global leader in vehicle safety, security and information services, can be found at http://www.gm.com. 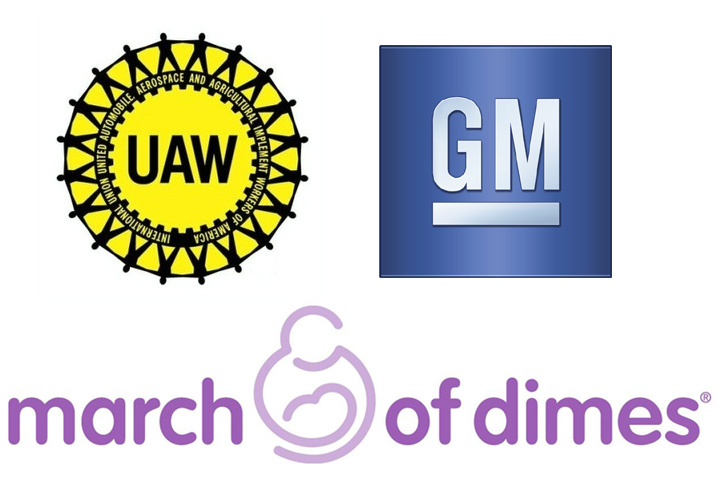