3TG is Just the Starting Point for Supply Chain Investigation

Cobalt is a mineral that leads to human rights violations in the Congo, but is not one of the minerals included in the Dodd-Frank Section 1502 Conflict Minerals Rule. Cobalt is an example of why 3TG should just be a starting-off point for companies investigating their supply chains, which can help uncover potential areas of risk and instances of unethical sourcing

The Dodd-Frank Conflict Minerals Rule was established in light of the atrocious human rights abuses occurring in the Democratic Republic of the Congo and surrounding countries. The mining of conflict minerals, specifically tin, tantalum, tungsten, and gold (3TG), are in some cases known to fund militia groups. In addition, labor conditions in mining operations are of large concern, including forced and child labor. The DRC is a state riddled with violent conflict, economic unrest, and disease; according to the International Rescue Committee, the death toll is an estimated 5.4 million. Professor Joshua Goldstein of American University’s School of International Service estimates that 1 to 2 million people have fallen victim as a direct result of the conflict, which has been named the deadliest since World War II.

This January, Amnesty International released the report “This is What We Die For” that highlights human rights abuses caused by cobalt mining. The material is often used in paint pigments and as a component in lithium ion batteries used in cell phones and laptops. According to the report, the DRC is the largest supplier of the mineral, of which 20% comes from artisanal mines. There are approximately 150,000 artisanal mines, or “creuseurs,” which are highest-risk for human rights abuses, including forced child labor. In addition, the working conditions associated with unsafe mining processes can lead to fatal lung disease and dermatitis. According to Compliance Week article “Is Cobalt the Next Conflict Mineral?”, there has been a push to include cobalt in 3TG measures following the release of the Amnesty International report.

In the benchmarking study “Conflict Minerals Reporting. A Deeper Look into RY2015 SEC Filings,” Source Intelligence analysts found that 75% of the companies specified having a conflict minerals policy. In addition, 69% of filers detailed actions they would be taking in the future in order to improve upon their due diligence process. In addition to determining the sourcing of 3TG, it is imperative that companies take corrective action, and at the same time be cognisant that not all mines in the DRC help fund the conflict. Non-profit groups such as the CFSI have provided certifications to smelters and refiners who comply with conflict-free protocol. The process of conflict minerals determination should also help companies beg the question of whether any other materials that are sourced along the supply chain lead to human rights abuses. Cobalt is a perfect, but not exclusive example of a material that may not be outlined in a regulation that requires attention. The Conflict Minerals Rule is not merely a reporting exercise; it is a call-to-action for companies to deeply investigate the sourcing of materials along their supply chains and help mitigate risk. 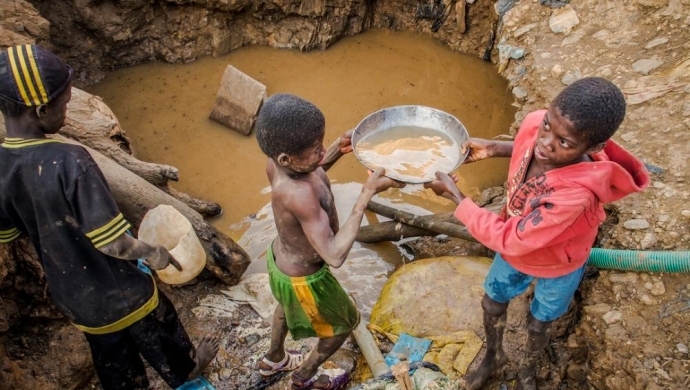