Barclays CEO Jes Staley has spoken about the bank’s mission to tackle gender diversity to an audience of MPs, colleagues, business leaders and Barclays’ partners from the charitable sector.

Timed to coincide with the build-up to International Women’s Day (8 March), Staley, along with Labour peer Baroness McDonagh, hosted a breakfast at the Palace of Westminster for 100 people, before taking questions from the audience and being interviewed by Barclays’ Global Head of Diversity & Inclusion Mark McLane.

“It’s a deep honour to be in parliament,” said Staley. “To be invited into this country to work at a bank with the history and legacy of Barclays is an incredible honour and totally intimidating. I hope that people believe Barclays is doing the right thing for the right reasons, and that we embrace diversity. But if we ever go astray, don’t hesitate to call us out on it.”

Staley considered the values that he thought underpinned the bank. Along with transparency and integrity, he said diversity was the “single most important” factor in attracting the best talent.

“If you allow a single parent to leave on a Tuesday afternoon at 1pm, and show them that you are an institution willing to do that, then you will develop a loyalty from that employee that will help win that war for talent. We’ve developed a lot of initiatives to move the gender issue in our favour and make Barclays the bank we want it to be.”

More than 50% of Barclays employees are female. The stated goal for board-level diversity is to be 33% female by 2020, with the figure for Barclays already at 31% by the end of 2016. Noting the dangers of banking being a boys’ club where to get to the next level you had to “get on the golf course”, Staley identified different ways of networking the way to the top, saying that from now at least 40% of the bank’s rotating senior leadership group “will always be female, and that’s a way of giving women a network inside the bank”.

“Make no doubt: when you get to a higher level in a place like Barclays, everyone is smart. The talent is pretty much level. What women lack is the network. That’s what gets you to the next level. Women coming into Barclays outnumber men, but they haven’t previously got to senior positions at those same percentages. Hopefully, whether it’s through the executive committee or the senior leadership group we’re giving women extra ability to connect.”

Staley also spoke of the bank’s wider diversity initiatives and inclusive business practices: “If we can make the bank a place where a single working mother feels good, where a gay man can feel as comfortable with the bank as he does at home, where someone who is struggling with depression feels they can talk about it within the bank without feeling threatened, that’s a huge thing that we can do as an institution. Inclusion – whether it’s gender, race or mental health – and making people feel accepted within the bank is huge to us.”

The audience included representatives from the Women’s Business Council and from the UN’s HeForShe campaign, a Barclays-partnered initiative encouraging men and boys to take action against inequalities faced by women. 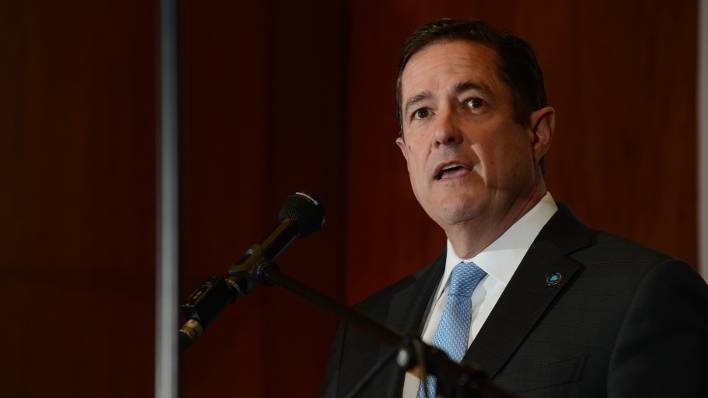