The company uses hundreds of billions of gallons of water each year, the vast majority related to producing power at its electric generating plants.

But in 2016, Consumers Energy reduced water intensity — gallons used per megawatt-hour of electricity produced — by 17 percent at its electric generating plants. The energy provider is aiming for a 20 percent reduction by 2018.

Reaching that goal would save more than 100 million gallons of water per year.

“We just know it’s the right thing to do,” said Ava Kiblawi, a chemical engineer who is overseeing water reduction efforts. “In Michigan, we have a culture about preserving the Great Lakes, and we take a lot of pride and ownership in them. Consumers Energy does too, and this is a great way to show our impact and give back.”

This year, Consumers Energy is expected to use about 400 billion gallons of
water, but that’s down more than 30 percent from 2012. The company’s coal-fired generating plants, located at or near the Great Lakes, tap most of that water as a source for cooling.

The Campbell generating plant near Holland, for example, burns coal to produce steam that pushes turbines and generates electricity. Water pumped in from Lake Michigan then cools the steam, condensing it back to water form, and the cycle starts again. Virtually all the cooling water, slightly warmed from the process, is released back to the lake.

The process, called “once-through cooling” is similar at the  Karn plant, located near Bay City at the mouth of Saginaw Bay.

As a result, Consumers Energy needed slightly more than 32,000 gallons of water for every megawatt-hour of electricity generated in 2012. By closing seven coal-fired units at the Cobb, Whiting and Weadock sites, the company lowered
water intensity to just under 28,000 gallons per MWh in 2016.

Now, Consumers Energy is working to achieve a 20 percent reduction, which translates to just under 26,000 gallons per MWh.

“We would not be where we are as a company without the Great Lakes and Michigan’s water resources,” Kiblawi said. “But just because water is plentiful in Michigan, it doesn’t mean we can pump all we want. It’s still about being a responsible user.”

Learn more about Consumers Energy's commitment to the environment 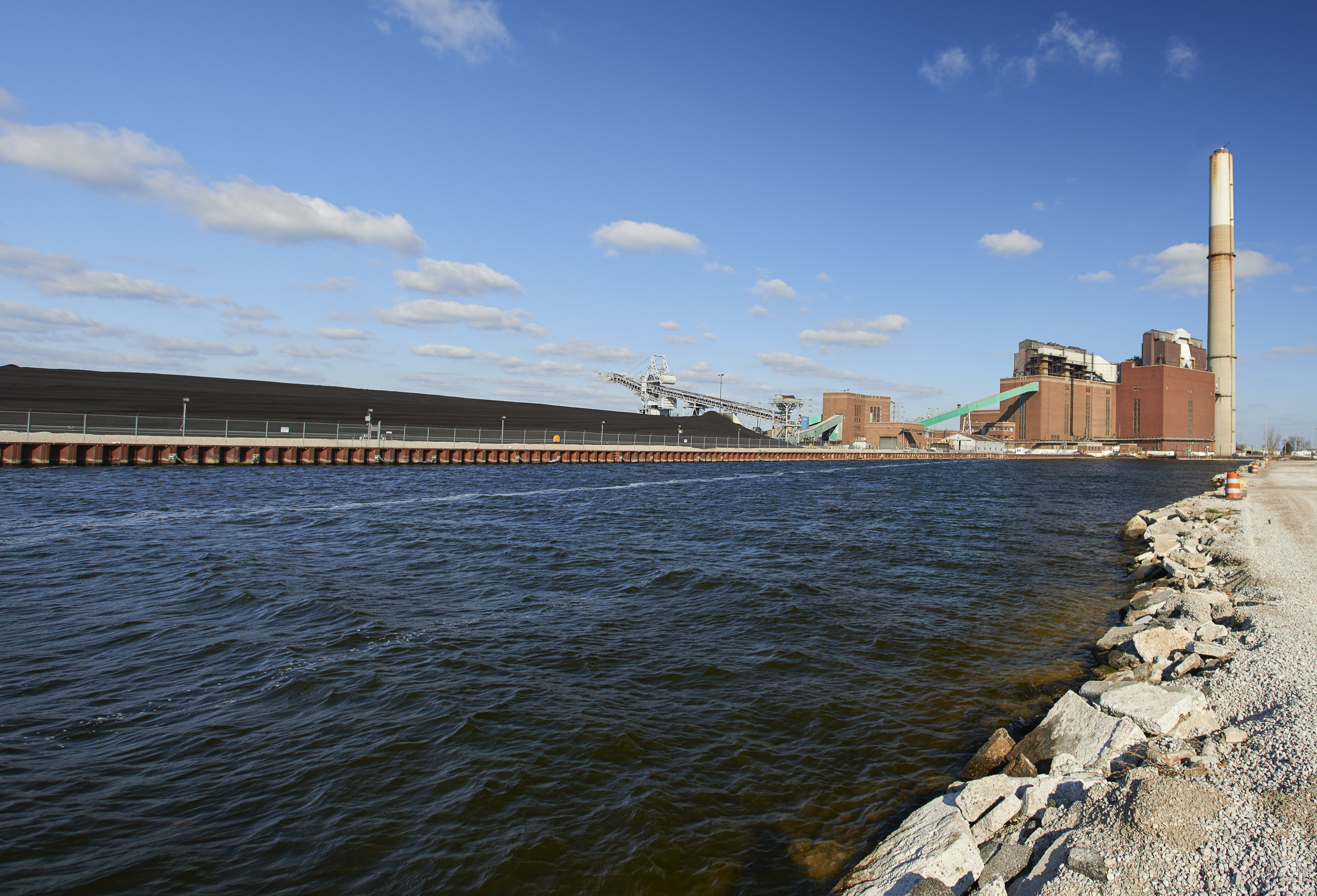