Corporations School US Universities on Buying and Using Clean Energy

In 2015, corporations bought roughly 3.2 gigawatts (GW) of electricity from utility-scale renewable energy facilities, which generate power from sources like wind and solar and then pump it into the grid to supply energy to utilities and other customers. Indeed, corporations surpassed utilities last year as the majority buyers of wind power. But universities may be the next big customer for utility-scale renewable energy.

Corporate buyers are changing the face of electricity – making their customers think about how clean their energy is. When Google purchases 842 megawatts (MW) of new capacity to power its data centers, or General Motors says its latest wind farm will juice up more than half of its assembly line, people pay attention. These giant companies are helping to bring renewable electricity into the minds of consumers.

Ultimately, the electricity is just a means to an end, whether powering the cloud that hosts your Instagram posts or the production of your new Chevrolet truck. These corporations teach customers that the products they consume are part of the low carbon economy. And college educations contribute to that economy as well.

At Rocky Mountain Institute’s Business Renewables Center (BRC), we have been working with GM, Microsoft, Equinix and others to accelerate corporate purchases of renewables. We provide the companies with tools, resources, knowledge and access to a community of like-minded buyers, developers and intermediaries. The BRC has worked most intensely with major corporations, and we’ve found the lessons learned in large-scale renewable energy power purchase agreements (PPAs) apply beyond the Fortune 500 – to universities and colleges.

Although some schools have signed large-scale renewable energy contracts – for example, the George Washington University (GWU), GWU Hospital and American University deal inked in June 2014 – colleges remain a largely untapped market. To court these potential clients, the renewables industry should note the similarities and differences between big businesses and universities.

Universities arguably have a stronger incentive to be powered by renewables, driven by a highly active stakeholder group: students, who are demanding renewable energyfor their campuses.

Large-scale renewables are competitive in price with so-called brown energy, which is made from polluting sources. Renewable energy power purchase agreements can be cost-neutral or better, and provide protection against long-term market price fluctuations.

Universities would particularly enjoy these economic benefits, since electricity costs are a significant percentage of their fixed operating expenses. They’re paying attention to long-term volatile natural gas prices and to the risk of carbon prices impacting the price of their brown power, so a long-term renewable energy PPA contract can be a good fit. Also, unlike many corporations, universities have deadlines further in the future, so they’re comfortable seeking long-term solutions to electricity sourcing and pricing.

Leaders in corporate renewables are building energy procurement teams to deal with, for example, 20-year contracts worth hundreds of millions of dollars. Meanwhile universities have limited resources and arguably a lesser need for a complete internal team. But colleges are used to hiring consultants and advisers to help them on issues such as information technology (IT) and security, so it makes sense for them to hire energy experts to advise about renewable energy procurement.

A properly structured, long-term PPA signed with a university would enable a utility-scale renewable energy facility developer to secure financing and bring the project to life. Project developers would view many universities as desirable because of their credit ratings and stability, which practically promise revenue that projects can count on. Demand for higher education is not expected to go down, and many of the country’s leading institutions – and their electricity demands – are expected to exist well beyond the time frame of a PPA.

It’s a big market out there

First movers in higher education include the University of Oklahoma, with its 101MW wind farm, and Stanford University, whose 68MW solar farm is expected to provide half of all campus electricity. Though much of the market is untapped, schools have a larger potential to collaborate and join together as a consortium. Could the University of California system combine loads? Could colleges group together by region? Perhaps.

In December 2015, more than 300 colleges and universities signed the American Campus Act on Climate pledge, including some of the country’s largest or best regarded: Ohio State University, Harvard University and Yale University, among others. If the market takes off, renewable energy could be directly attributed to powering education. 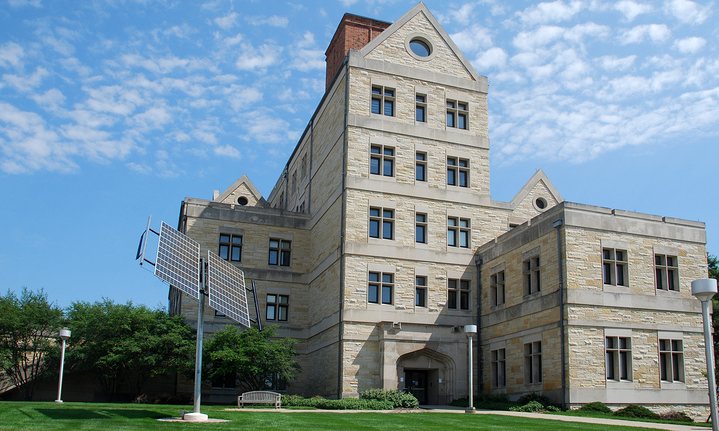