DC Central Kitchen Is Rewriting the Book on Hunger

When Robert Egger founded DC Central Kitchen (DCCK), he used his experience as a nightclub manager to promote the new community kitchen with a splash: The very first meals he delivered to the homeless shelters of Washington, DC, were leftovers he’d picked up from George H. W. Bush’s inauguration.

Egger was trying to prove a point. He had been frustrated by his volunteer experiences handing out sandwiches and coffee to men and women living on the streets. He saw that the food truck where he’d volunteered purchased its groceries from an expensive market—even though restaurants like his were throwing away pounds and pounds of good food every night. “He was disturbed by the fact that the same men and women were coming to the truck week after week, month after month, year after year,” says Mike Curtin, the current CEO of DCCK.

So Egger started DCCK. The idea behind it was that you could use “recycled” food to cook healthy meals for homeless shelters and other social service agencies that helped recipients overcome poverty by giving them skills. As part of DCCK’s mission, Egger created the Culinary Job Training program, a 14-week course that teaches former addicts, returning citizens, and the homeless how to chop an onion, scramble an egg, and make a restaurant-worthy meal—and also how to navigate the working world.

Since its inception in 1989, the job-training program has produced more than 1,500 graduates and boasts a 93% job placement rate. DCCK now serves school meals to low-income District kids and helps local farmers by buying blemished fruits and vegetables that would otherwise have gone to waste. In 2014, the organization saved $203,663 in food costs by using donated produce and recovered 807,534 pounds of food to use in its meals.

“If DC Central Kitchen did any one of the seven or 12 things it does, it would be a mission fit for RSF,” says RSF Social Finance lending manager Kate Danaher. “The fact that it does all of the things it does puts it over the top.”

DCCK’s ability to generate much of its own income helps it thrive. When the recession hit in 2008 and many non-profits scaled back, DCCK did just the opposite. It increased training, hired more people, and—to offset shrinking philanthropic dollars—greatly expanded its social enterprise activities.

DCCK now generates 60% of the organization’s total budget through its school lunch program; a corporate catering business called Fresh Start; and the Healthy Corners program, which delivers fresh produce and healthy snacks to 67 corner stores in Washington’s food deserts. “Donors really like the idea that we’re working hard to sustain ourselves instead of just lining up with our hands out,” says Curtin, who joined the Kitchen in 2004 and succeeded Egger as CEO in 2007.

Even the best businesses, though, need a helping hand. So in 2012, when DCCK started looking around for a commercial vehicle loan to buy a truck and sprinter van, it turned to RSF. Curtin had heard of RSF through Haile Johnston of Philadelphia’s Common Market, and RSF’s creative approach to financing Common Market’s new building impressed him.

“Quite frankly, it might have cost us less to go to one of our bankers for a loan,” says Curtin. “But we felt this would be an opportunity to begin a long-term relationship with RSF. We were interested in working with a financial institution that understood the value of the work we do, not just the things you see on a profit and loss statement. They’re absolutely invested in our mission.”

RSF extended its first commercial vehicle loan, for $150,000, to DCCK in 2013 and a second, for $185,000, this past July. The money allowed DCCK much-needed refrigerator truck to serve its expanding Healthy Corners program.

RSF’s current goal is to help DCCK move into a bigger space. “In many ways, we’ve become DC Decentralized Kitchen,” says Curtin, noting that the
organization operates two separate kitchens and a borrowed office. If it could house all operations under one roof, “we’d be wildly more efficient and effective.”

The non-profit has been looking around for an ideal space, but staggering real estate prices in the city make the search a challenge, and financing will be tricky. “We’re going to have to be really creative about how we structure the financing,” says Danaher. “We’ll need a combination of grants, guarantees, and loan money, and we’ll probably need to bring in multiple partners to get it done.”

Impact: Much More Than a Soup Kitchen

DCCK delivers about 11,000 meals a day, providing food to people in homeless shelters, rehab clinics, and schools. More than 60 community kitchens around the country have replicated its model.

With RSF’s continuing investment, DCCK can become more efficient—and better able to stay true to Egger’s original vision. “When people think of DCCK, they think we feed the hungry. But that’s not who we are,” says Curtin. “The food is a tool. What we’re doing is empowering people. The mission has always been to use food as a tool to strengthen bodies, empower minds, and build communities.” 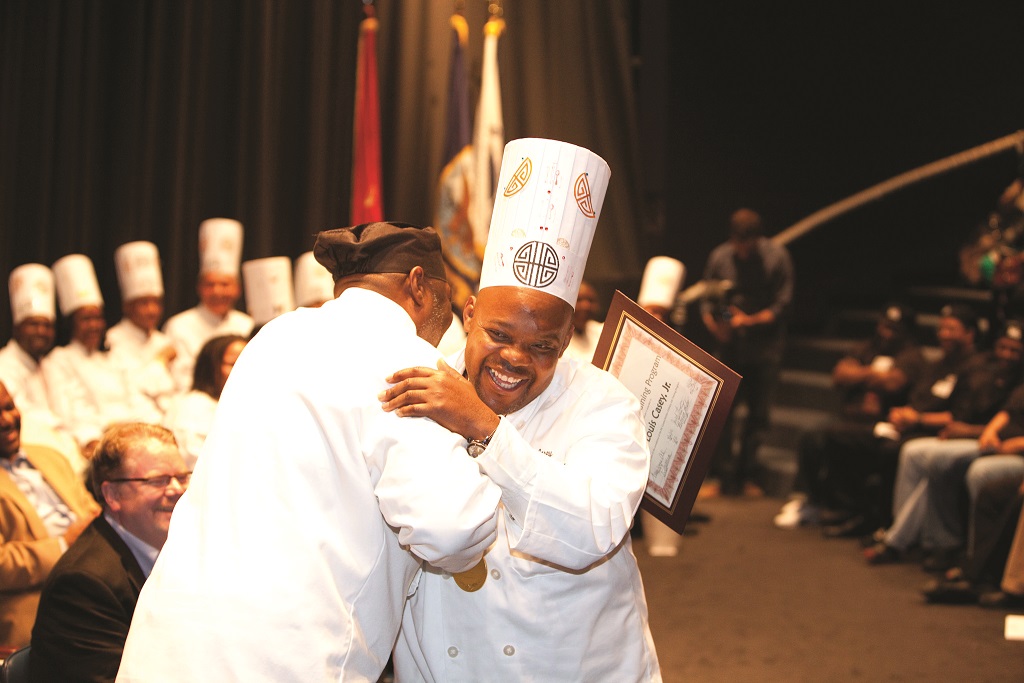 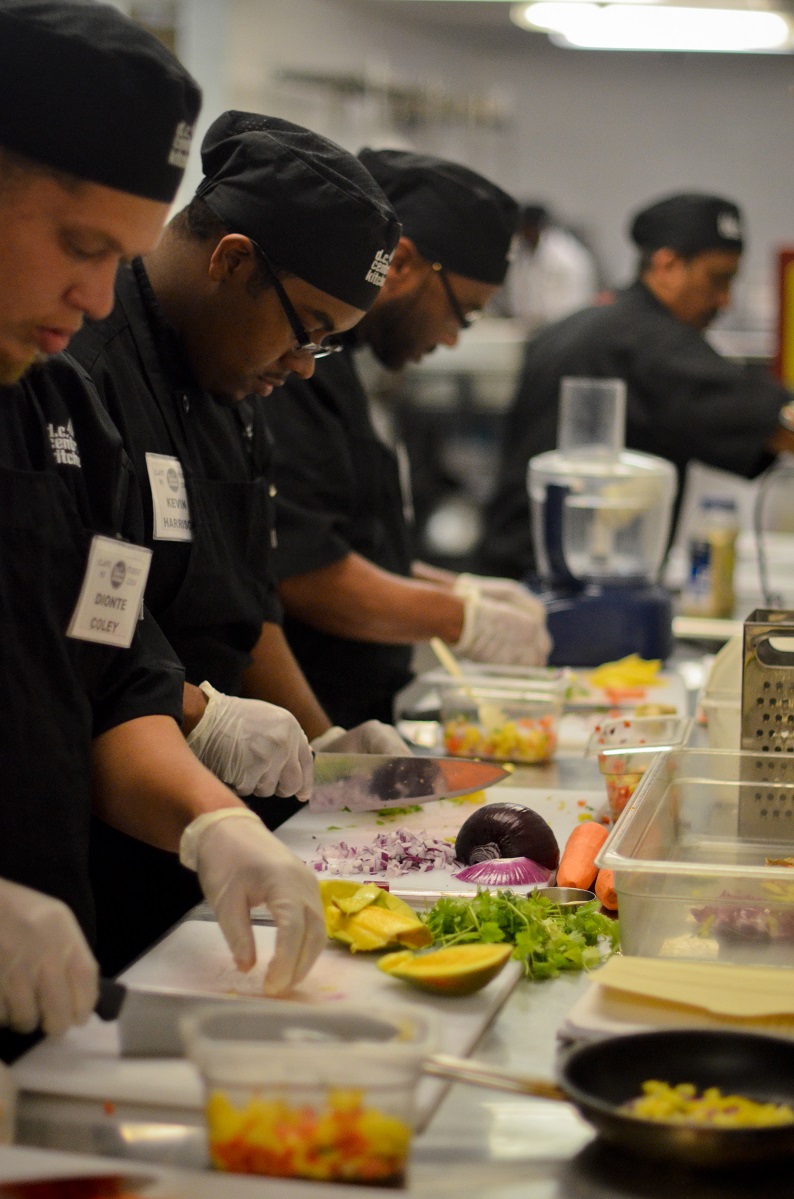 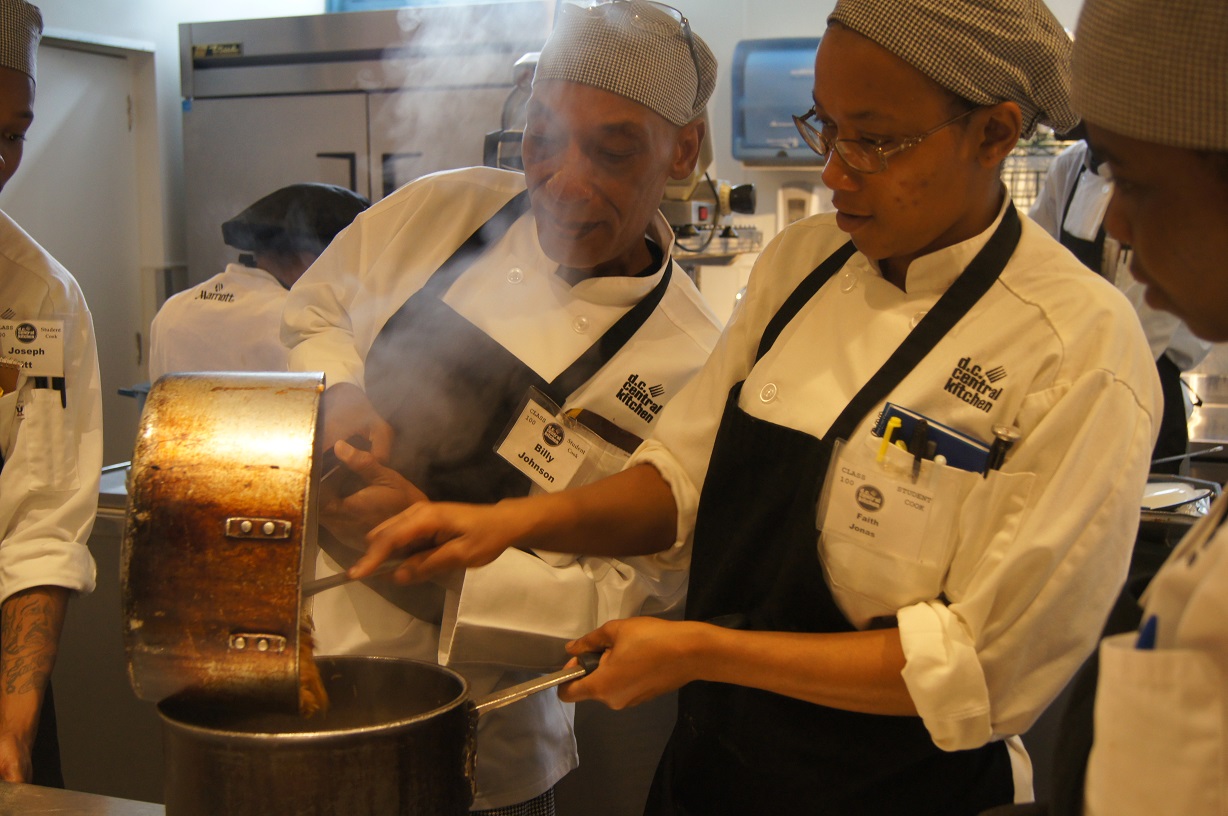