DIRECTV is committed to supporting and serving our country’s veterans, and we show our dedication to the military community through charitable support, employee volunteerism and veterans hiring initiatives. To support our Armed Forces during National Military Appreciation Month (May) and Memorial Day, DIRECTV hosted events across the U.S. during the month of May. A few highlights from these events include:

To celebrate the premiere of The Fighting Season, a DIRECTV Original docu-series airing exclusively on DIRECTV’s AUDIENCE network, DIRECTV launched a social media campaign to support Operation Gratitude. For each social media post using #TheFightingSeason, DIRECTV donated $1 to Operation Gratitude, resulting in a donation of more than $12K to provide care packages to those overseas.

The Fighting Season follows director Ricky Schroder and a small film crew as they travel to Afghanistan to be embedded in U.S. Army units. Over the course of three months, the film crew documented their missions during the deadliest and most violent time in the war’s history. To draw awareness to this docu-series that celebrates the bravery of those who serve, DIRECTV’s Veterans employee resource group hosted screenings at DIRECTV offices across the country that concluded with panel discussions where veterans now employed at DIRECTV shared their personal experiences.

DIRECTV continued its ongoing partnership with Operation Gratitude with a number of events in the Los Angeles area. Throughout the month of May, more than 1,000 DIRECTV employees assembled thousands of care packages for those overseas, stuffed nearly 1,500 Teddy Bears for the children of deployed service members, wrote notes of gratitude to those who serve, and made thousands of paracord bracelets from lifesaving rope that service members can use in an emergency.

Employee Efforts in Support of Veterans

In Los Angeles, DIRECTV’s Employee Resource Group Veterans@DIRECTV partnered with the United Way to collect and donate business clothes for veterans as they transition to civilian jobs.

At DIRECTV’s Denver office, employees participated in the U.S. Department of Veterans Affairs’ VA2K, an annual nationwide event to encourage health and wellness, and support homeless Veterans with donated food and clothing.

In Huntington, W. Va., and Boise, Idaho, employees assembled more than 4,500 care packages of personal hygiene items and hand written notes from DIRECTV employees. These kits are being given to the local veterans hospital, the Homeless Veterans Center and service members overseas.

DIRECTV’s Denver Human Resources and Customer Experience teams supported veterans by volunteering with Freedom Service Dogs, a nonprofit dedicated to serving veterans and active duty soldiers, among other groups, by providing trained service dogs. DIRECTV employees supported the organization by assembling more than 6,000 fundraising letters to for the organization, ultimately saving the organization more than $10,000.

Learn more about DIRECTV’s commitment to the military community by reading our Corporate Social Responsibility Report. 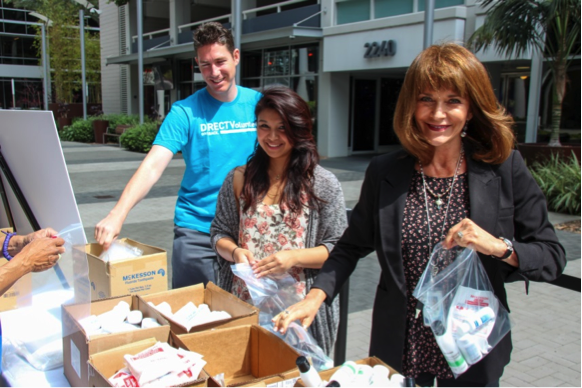 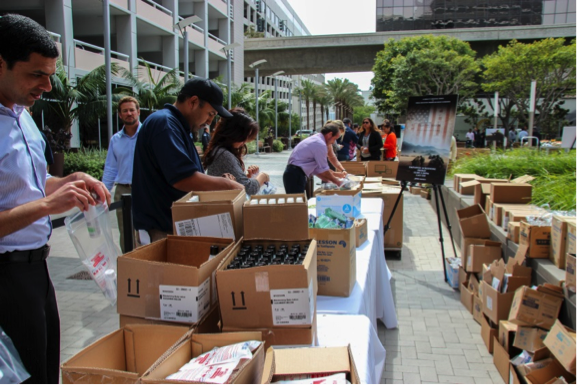 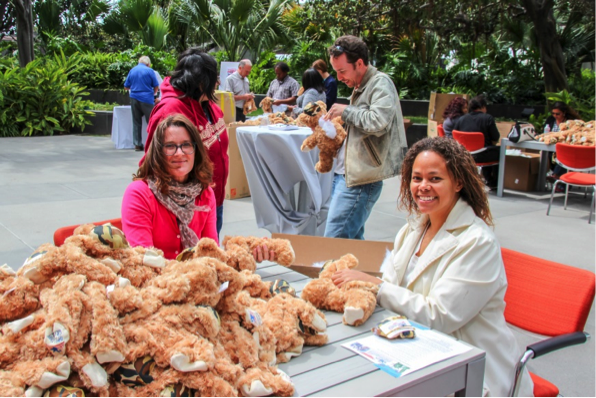