On March 16, 2017, the American Society of Civil Engineers (ASCE) presented Dr. Harry Poulos of Coffey, A Tetra Tech Company, with the 2017 Lifetime Achievement Award in Design during its annual Outstanding Projects and Leaders (OPAL) Gala in Arlington, Virginia. The award honors an outstanding civil engineering leader for lifetime accomplishments in innovation and excellence in civil engineering design.

Dr. Poulos’ pioneering work in pile foundation analysis and design enables geotechnical specialists to better understand the way structures interact with the ground. He is particularly known for developing design methods for piled raft foundations, which combine the benefits of shallow and deep foundations to support high-rise buildings in many parts of the world. His contributions to large-scale projects can be found in modern, iconic structures around the world. He has designed foundations for supertall structures including Dubai’s Emirates Twin Towers and the Burj Khalifa, the world’s tallest building; the Incheon 151 Tower in South Korea; residential towers in Hong Kong; and other buildings in Israel, Malaysia, Singapore, Greece, Indonesia, and his home country of Australia.

Visit coffey.com to learn more about Dr. Poulous and watch a video about his career and achievements. 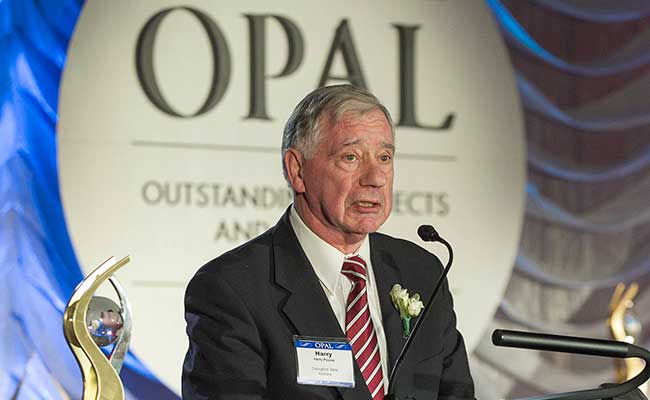