Engineer Uses LEADER to do His Job Better

Read the first article: LEADER Starts to Pay Off

Before using LEADER for the first time four years ago, Raiford Wilson was skeptical. The locomotive engineer has operated trains for 27 years with Norfolk Southern, and he didn’t think he needed train-handling technology to tell him how to run one.

After only a few road trips with LEADER, however, Wilson began to change his way of thinking. “I learned that it’s more of a tool to help you do your job better, rather than telling you how to do your job,” he said.

For Wilson, the most difficult thing initially was when LEADER prompted him to do things that contradicted the way he normally operated a train. As one example, Wilson said most engineers operate a locomotive in maximum throttle power when driving a train up a hill and then begin braking or notching back on throttle speed after cresting the top of the grade. LEADER typically prompts engineers to reduce speed before reaching the hilltop, letting the train’s momentum carry it over. As it turns out, LEADER knows best – that technique burns less fuel and reduces use of dynamic brakes or air brakes, which reduces wear and tear on the track.

In another example, while engineers might run their train at the maximum posted speed limit, LEADER might prompt them to notch back based on track elevation or curvature, which conserves fuel.

“LEADER shows that you can reduce the throttle at points where you really hadn’t programmed yourself to do so, and that’s where the fuel savings are,” Wilson said. “It’s trying to help you run a more conservative train and still let you make on-time performance. You have to kind of retrain your brain. After a while, it becomes almost like second nature.”

In particular, Wilson said LEADER is a good teaching tool for new engineers because “you can see what your train is doing.”

Now that he understands the benefits of LEADER, Wilson works to outsmart the technology. During road trips, he tries to adjust speed or braking before LEADER gives a flashing prompt on the cab monitor advising him to do so.

“Once you’ve run a route a few times, you can figure out where you’re going to get the prompts, and it’s a challenge to try to ‘beat’ LEADER,” he said. “It’s really helping to refine everybody’s operating techniques to get the best fuel savings possible.”

Wilson operates an intermodal container train between Crewe, Va., and Norfolk International Terminals, a trip of about 135 miles each way. Wilson said he has achieved fuel savings of between 5 and 8 percent per trip with LEADER. He became such an advocate that supervisors in 2013 tapped him to help train other engineers on using the technology. He works one-on-one with engineers, using an iPad mini installed with LEADER simulations and training videos.

“I’m a big believer in peer training,” Wilson said. “I think it helps when you have somebody you work with everyday helping you advance what you’re trying to do rather than having a person from the outside coming in.”

Wilson said he takes pride helping the company save money on fuel while benefitting the environment by reducing carbon emissions.

“If you can improve the bottom line and be a green company at the same time,” he said, “I think you’ve really accomplished something.” 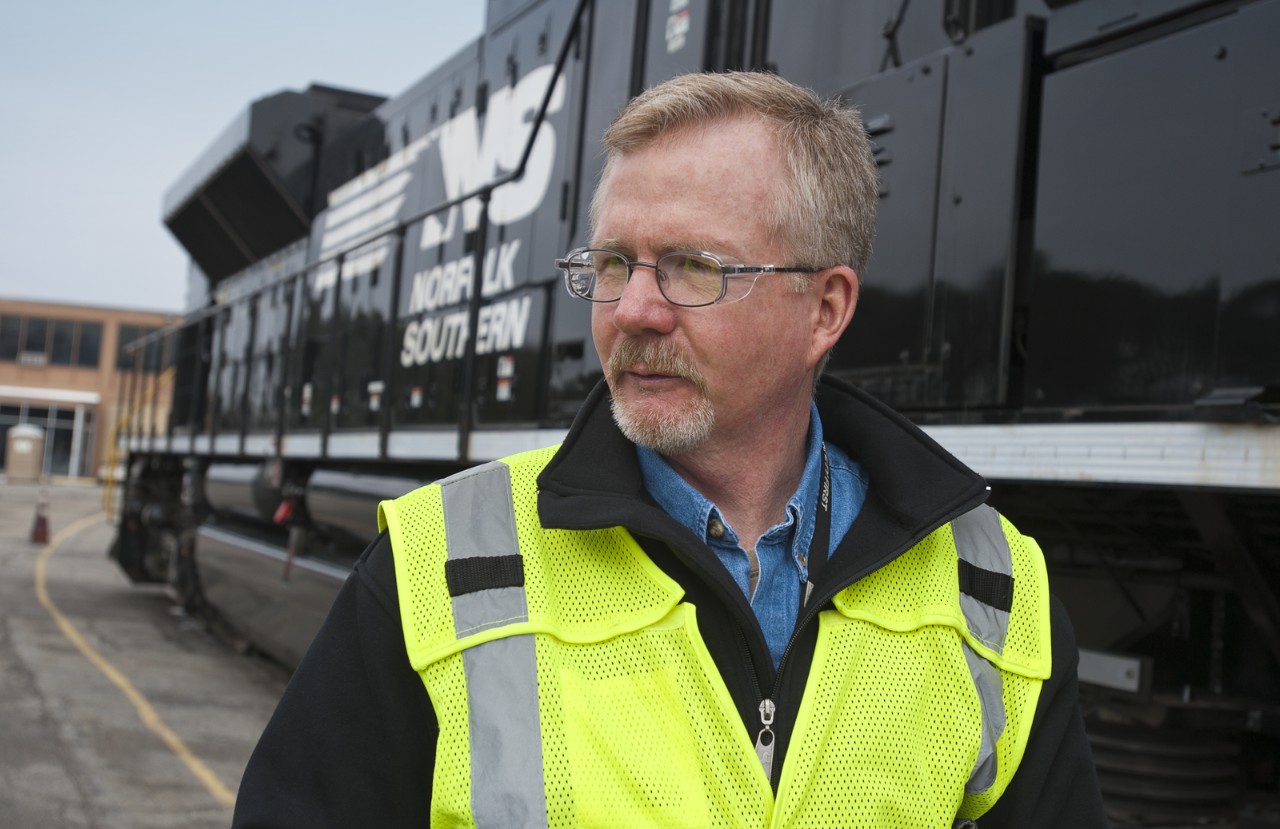 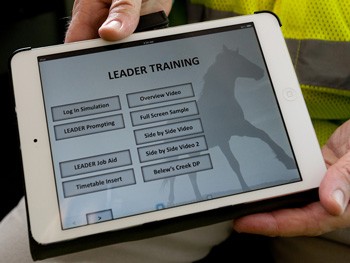