On June 1, Glee star Matthew Morrison was honored by the Gay, Lesbian & Straight Education Network (GLSEN) at a ceremony in New York City for his work as Wil Schuester on the FOX musical series Glee. The GLSEN Respect Awards recognize the work of students, educators, individuals, and corporations who serve as role models and have made a significant impact on the lives of LGBT youth.

"Glee became a source of hope, inspiration, and release for so many affected audiences dealing with these very issues, [and] allowed some kids to walk a little taller and prouder and be more confident in themselves," Morrison said in his acceptance speech. "As an actor, I've never been more proud."

"As we celebrate GLSEN's 25th anniversary, we are thrilled to honor these leaders in education, entertainment, business and philanthropy who have contributed to helping GLSEN realize our vision of a world where every child learns to respect and accept all people," said Dr. Eliza Byard, GLSEN's Executive Director. "Matthew Morrison's portrayal of Mr. Schuester on Glee has been a shining example of the vital role a supportive educator can have in creating an affirming, positive, and supportive school culture for LGBT students."

Glee was also recognized earlier this year by GLAAD and the Family Equality Council for the show's long history of support for the LGBT community. 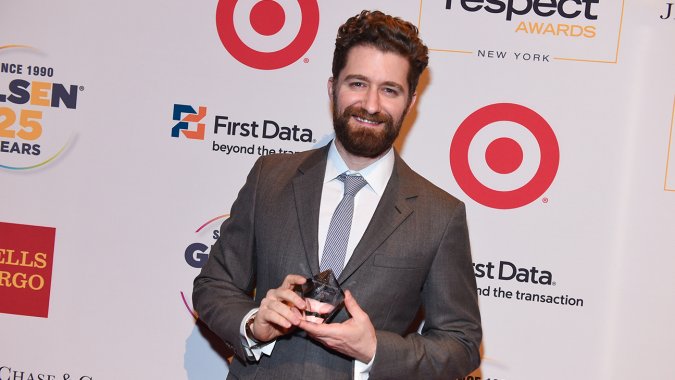