Mar 2, 2017 9:00 AM ET
Tweet This:
.@SCA_US committs to develop a science-based target for the reduction of #GHG #emissions http://bit.ly/2l42G3d
Article
Originally published on SCA.com

SCA will substantially raise the bar for climate work by committing to develop a science-based target for the reduction of greenhouse gas emissions. The proposed target will be developed over the course of the year and submitted to approval organizations.

“I’m proud that SCA is one of the forerunners in developing science-based targets and also that we are prepared to set a target that will require investment and action” said Patrik Isaksson, VP Environmental Affairs. "This is a crucial point in maintaining SCA's position as a global leader for corporate action on climate change”.

Reduction targets are considered science-based if they are in line with what is needed in order to keep the global temperature rise below 2 degrees Celsius, as agreed by world leaders at the UN climate change conference (COP 21) in Paris in 2015.

The target must cover emissions from three different sources:

The Science Based Targets initiative is a partnership between CDP (formerly known as the Carbon Disclosure Project), the UN’s Global Compact, the WRI (World Resources Institute) and the WWF. Science Based Targets helps companies determine which emission reductions they need to achieve in order to prevent the worst impact of climate change.

Today just 33 companies have approved targets, with 177 committed to developing a target (include SCA Hygiene AB). 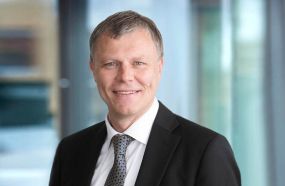